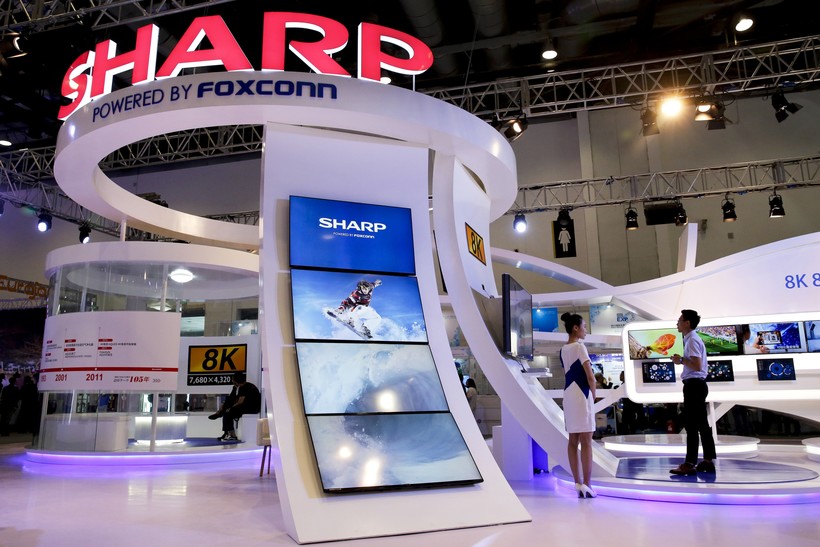 Democrats Say Town Hall Meetings To Inform, Get Feedback From Taxpayers; Republicans Criticize Them As Fearmongering
By Elizabeth Dohms-Harter
Share:

As state democratic leaders host town halls about the state's investment in technology giant Foxconn and its multi-billion dollar development in the southeastern part of the state, some Republicans say those sessions only spur fear and oppose job growth.

The latest listening session was Tuesday at 1:30 p.m. at Beaver Dam Community Library. It's the seventh in a series of town hall meetings hosted by democratic members in the state Assembly and Senate regarding Foxconn Technology Group's soon-to-be-built manufacturing facility in Racine County.

While keeping constituents informed of the development that is supposed to create 13,000 new jobs, the town hall meetings also serve to inform legislators about what questions and concerns still loom among residents as site preparation gets underway.

"What the Legislature voted on was very vague and left many of us uncomfortable with the huge risk of not knowing the answers to many of these questions," said State Senate Minority Leader Jennifer Schilling, D-La Crosse, noting that town hall attendees are raising questions about environmental impacts, eminent domain and transportation.

"So the constituents and the taxpayers are also giving us really good ideas and concerns about the questions that they continue to have and so we need to monitor this moving forward and be able to hold Foxconn accountable and have transparency about the state's involvement with this for taxpayer protection," she said.

Calling the listening sessions "political stunts" by Democrats, Sen. Van Wanggaard, R-Racine, said he's unsurprised by their response to the tech giant's decision to open its 800-acre plant in Wisconsin. "From ousting their leader in the Assembly, Peter Barca, for supporting the Foxconn package, to these misinformation sessions around the state, it shows the Democrats are more interested in playing political games and fearmongering than making sure the project succeeds for all of Wisconsin," he said in a statement.

Sen. Mark Miller, D-Monona, said some residents have voiced concerns about what risks might be involved with their taxpayer dollars tangled up in a foreign corporation.

Additionally, Miller noted that environmental degradation has been a continued concern as Foxconn's establishment led to permits to withdraw seven million gallons of water from Lake Michigan every day, and the ability for the manufacturer to fill wetlands without federal approval.

But the major concern Miller — chair of the Minority Caucus — keeps hearing from constituents is that the benefit to the state's $4.5 billion taxpayer investment in the Taiwanese technology giant is elusive.

"They don't see how it's going to benefit them," he said. "And it's a deal that Wisconsin is on the hook for, regardless of how well Foxconn does."

Miller compared Wisconsin's investment in Foxconn to its investment in Mercury Marine, which previous to Foxconn held the record as the largest state subsidy ever awarded to a company in the state.

In 2010, the state paid $65 million in subsidies to keep Mercury Marine in Wisconsin. An expense Miller quantified as taxpayers paying $22,000 per job created.

Dividing 13,000 jobs among the state's investment of $3 billion into Foxconn, Miller calculated that Wisconsin taxpayers would be paying $230,000 per job for the Foxconn development.

"So you can see there's a substantial difference between what was the biggest deal that Wisconsin's ever made with a company and with Foxconn," Miller said.

Responding to the comparison, Wanggaard said Mercury Marine was a smaller company and employed one-third the number of employees that Foxconn is expected to.

"Keeping a company is one thing, and (Mercury Marine) needed a smaller investment," he said. "With Foxconn, we were competing nationally to lure a magnet business that will generate thousands of jobs outside of Foxconn itself."

Senate Majority Leader Scott Fitzgerald, R-Juneau, said in a news release that Mercury Marine's success now is due in large part to the bipartisan work of then Gov. Jim Doyle and the Republican Legislature.

"That's how we work together in Wisconsin to get things done for hard-working families," he said. "Apparently, today's Democrats do not believe in fighting for a more prosperous Wisconsin."

Recent reports list the cost to taxpayers at closer to $4.5 billion, which includes almost half a billion dollars to redevelop Interstate-94. But that project isn't necessarily tied to Foxconn, said Wanggaard, who noted that the interstate project would have been completed anyway.

"Including its $1 billion price tag is just a way to inflate the number," he said.

The Legislative Fiscal Bureau released a report in January requested by Assembly Minority Leader Gordon Hintz, D-Oshkosh. In a news release, Hintz referenced that report in relaying the following costs to state taxpayers:

As state agencies begin to draft their 2019-2021 budget proposals, they are doing so with the instruction from Gov. Scott Walker that there will likely be no increase in state funding, with the exception of education and Medicaid.

Sen. Schilling said she believes Walker's move to keep state funding flat for many agencies, is a "direct correlation" to the state's investment in Foxconn.

She continued that such a hefty price tag for Foxconn is hamstringing other departments' growth, specifically noting the state's transportation and infrastructure needs and more schools going to referendums to support their expenditures.

"Foxconn really is a cloud that is over the budget," she said. "It is a weight that will really determine our priorities moving forward."

But Wanggaard said this is misleading, because all of Walker's budgets have included no growth recommendations with the exception of K-12 education, Medicare and a few other categories.

Editor's note: This story was updated at 4:48 p.m. Tuesday, March 22, to include a comment from Sen. Scott Fitzgerald.