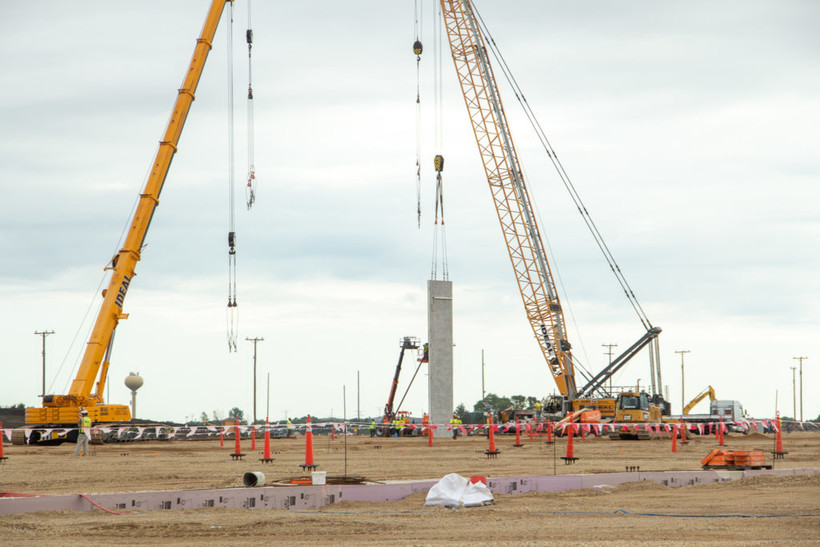 Foxconn Technology Group began construction Monday on its long-awaited manufacturing plant in Racine County. It marks the beginning of what will be a nearly 1 million-square-foot plant the Taiwan-based company is calling its Gen 6 Fab building.

Foxconn's plans have changed several times since announcing its intent to build flat screens in Wisconsin in 2017 with a 22 million-square-foot Gen 10 plant. Foxconn officials said market changes prompted the company to shift to a smaller Gen 6 facility.

This building is where smaller screens for cell phones and iPads will be manufactured. Originally, Foxconn planned to make television screens in Wisconsin. 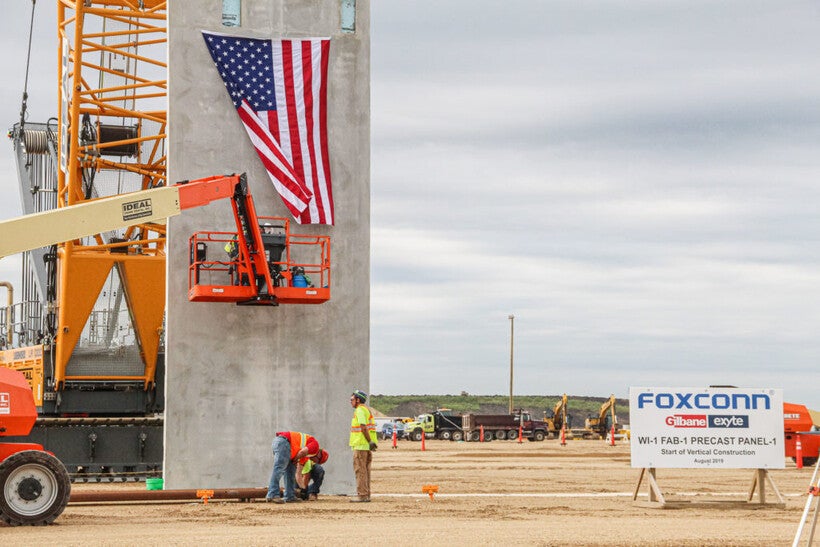 Vertical construction began on Foxconn's Gen 6 Fab building with the installation of the first of more than 400 precast panels, weighing up to 75,000 pounds each. Photo courtesy of Foxconn

The company and its construction manager — Gilbane Building Company and Exyte — said in a press release, the vertical construction began with the installation of the first of more than 400 precast panels, weighing up to 75,000 pounds each.

Foxconn representatives could not be reached for comment but have said the facility would be operational by the end of 2020.

So far, only a single building on the campus has been completed — a 120,000-square-foot multi-purpose facility that opened in late 2018.

Last month, Gov. Tony Evers told CNBC he met with Foxconn and now has "clarity" on the project. Evers predicts Foxconn will hire 1,500 people in 2020. That’s compared to 1,800 under the plan the company laid out, which would eventually hire up to 13,000 workers in the state.

Foxconn representatives have repeatedly said they will meet hiring goals.