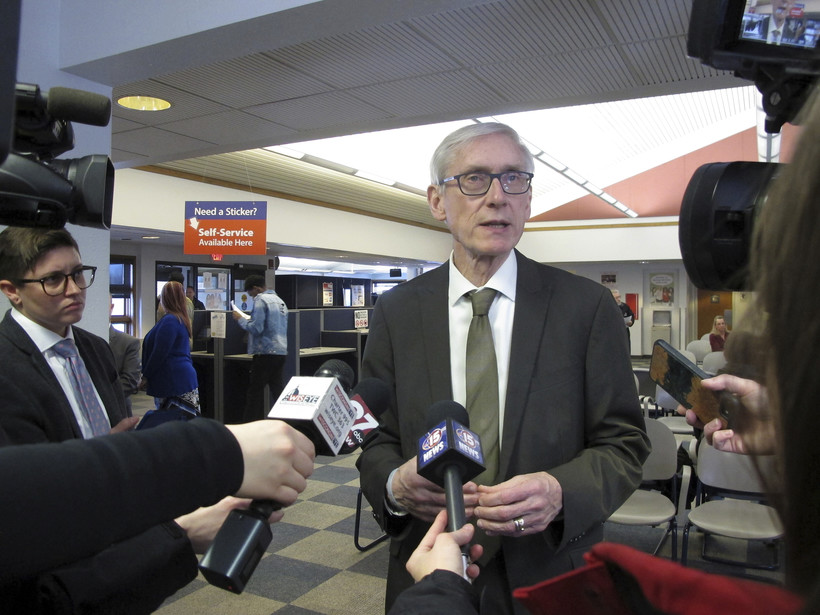 Evers Says He Has Clarity On Foxconn Project

While the Taiwanese tech giant has changed its plans for Wisconsin several times, including the size of its manufacturing facility in Racine County, Gov. Tony Evers said he didn’t mind that he wasn’t extended an initiation.

"Terry Gou might be talking to Donald Trump about how to win a presidential election, that's a discussion that's way above my pay grade," Evers said, referring to a recent report by Reuters that Gou is planning to run for president of Taiwan.

Evers said it is his goal to have regular contact with the people who are working at Foxconn and that has happened. He also believes his administration now has clarity regarding the Foxconn project.

"Whether the company creates 1,000 jobs or 100,000 jobs, it’s still more jobs than we had before," Evers said Tuesday, speaking to a group of journalists at the Milwaukee Press Club.

Last week, Evers said Foxconn initiated changes to the state contract because the company’s pledge to create 13,000 jobs was unrealistic.

On Tuesday, Evers said he and Republican lawmakers can get on the same page if they push the rhetoric aside.

"They were here when the thing was created," he said. "I understand the skittishness about things being changed. Well they did, by golly, and it’s not me that changed them. Foxconn changed their business plan, which I do respect. We all care about Foxconn."

Evers said he is interested in making sure Racine County and the Village of Mount Pleasant are protected if the project does not live up to expectations. Both created significant taxing districts for the project.

"I want to protect local taxpayers and local officials," Evers said. "I can’t stand here and say Foxconn won’t use all of that land. I’m not saying I’m concerned about that, but I want to make sure the state is vigilant about that issue so local taxpayers are not on the hook."

At the same event Tuesday, Evers called Republicans' recent rhetoric about abortion, including recent comments by the president, "blasphemy."

During an April 27 rally in Green Bay, Trump misrepresented the practice and circumstances of an abortion calling the practice "execution."

"The baby is born," Trump said. "The mother meets with the doctor. They take care of the baby. They wrap the baby beautifully, and then the doctor and the mother determine whether or not they will execute the baby. I don't think so."

Wisconsin Republicans, including former Gov. Scott Walker, have since repeated the message.

Evers, whose daughter is an OB-GYN, said the false statements are a distraction from the serious maternal health issues in the state.

"If Republicans are so damn interested in making sure that moms and babies are well, they should really get behind my Medicaid expansion bill," Evers said.

Evers wants to accept federal money to expand Medicaid in his budget. Republicans have said the issue is a nonstarter with them.

Evers has also said he will veto a "born alive" abortion bill that GOP lawmakers have advanced. Under the bill, doctors who do not provide medical care to babies who are born alive after a failed abortion attempt could face life in prison.