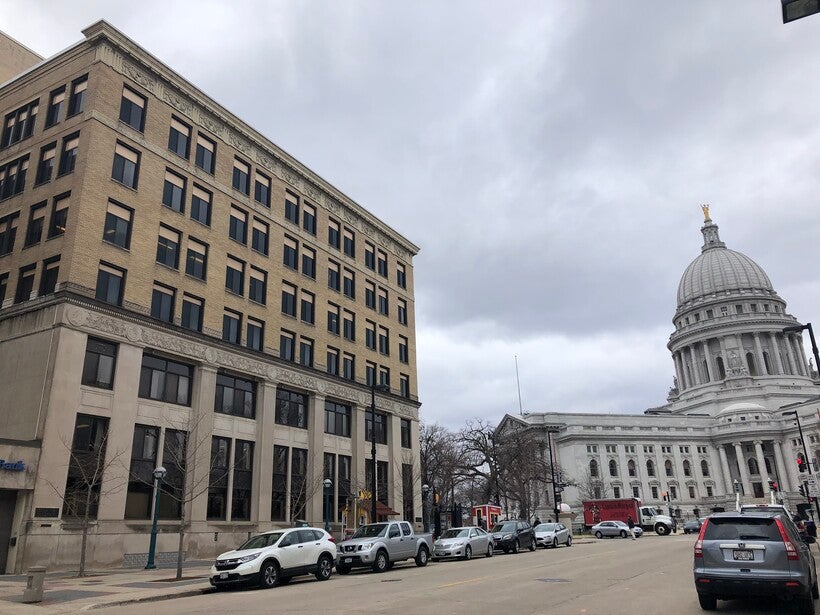 Foxconn Technology Group announced plans to purchase a building directly across the street from Wisconsin's state Capitol in downtown Madison on Friday, April 12. BMO Financial Group has a branch on the main floor and it will remain there. Phoebe Petrovic/WPR

6-Story Building Will Be Used For Another Foxconn Innovation Center
By Phoebe Petrovic and The Associated Press
Updated:
Friday, April 12, 2019, 2:30pm
Share:

Foxconn Technology Group plans to purchase a building directly across the street from Wisconsin's state Capitol in downtown Madison.

To a small crowd gifted bright red "WISCONN Valley" hats, the Taiwan-based electronics giant along with BMO Financial Group announced Friday it will buy the 55,000-square-foot building for an innovation center, called Foxconn Place Madison. BMO has a branch on the main floor and it will remain there.

The sale is "imminent" but not yet finalized, said David Casper, BMO’s United States CEO. He would not disclose the price.

The announcement comes amid growing uncertainty and concerns over Foxconn’s progress and presence in the state.

Foxconn is building a manufacturing facility near Racine where it says it will produce liquid crystal display panels. But the company has been besieged with doubters about whether it will fulfill its promise of hiring 13,000 people for the project.

Alan Yeung, director of U.S. strategic initiatives for Foxconn, seemed to acknowledge these concerns, unprompted, during his announcement.

Later, when asked to respond to an article by The Verge — which catalogued organizational opacity, confusion and stalled development around the state — Yeung said the article "has a lot of inaccuracies" and Foxconn will issue "a correction" and "a statement."

"We don’t actually make an effort to acquire buildings to leave them empty," said Yeung. "But we also don’t want people to climb up on trees and look over to make sure that we have occupancy."

The Madison innovation center is to house a research center Foxconn says it will operate as part of a partnership with the University of Wisconsin-Madison.

"I’m especially excited about Foxconn’s commitment to recruiting on our campus," Hoslet said.

The partnership extends beyond the new building. Hoslet said Foxconn has supported UW-Madison through a sponsored research agreement in the College of Engineering and through a $100 million gift, which Hoslet said will mostly go toward a new building on the engineering campus. 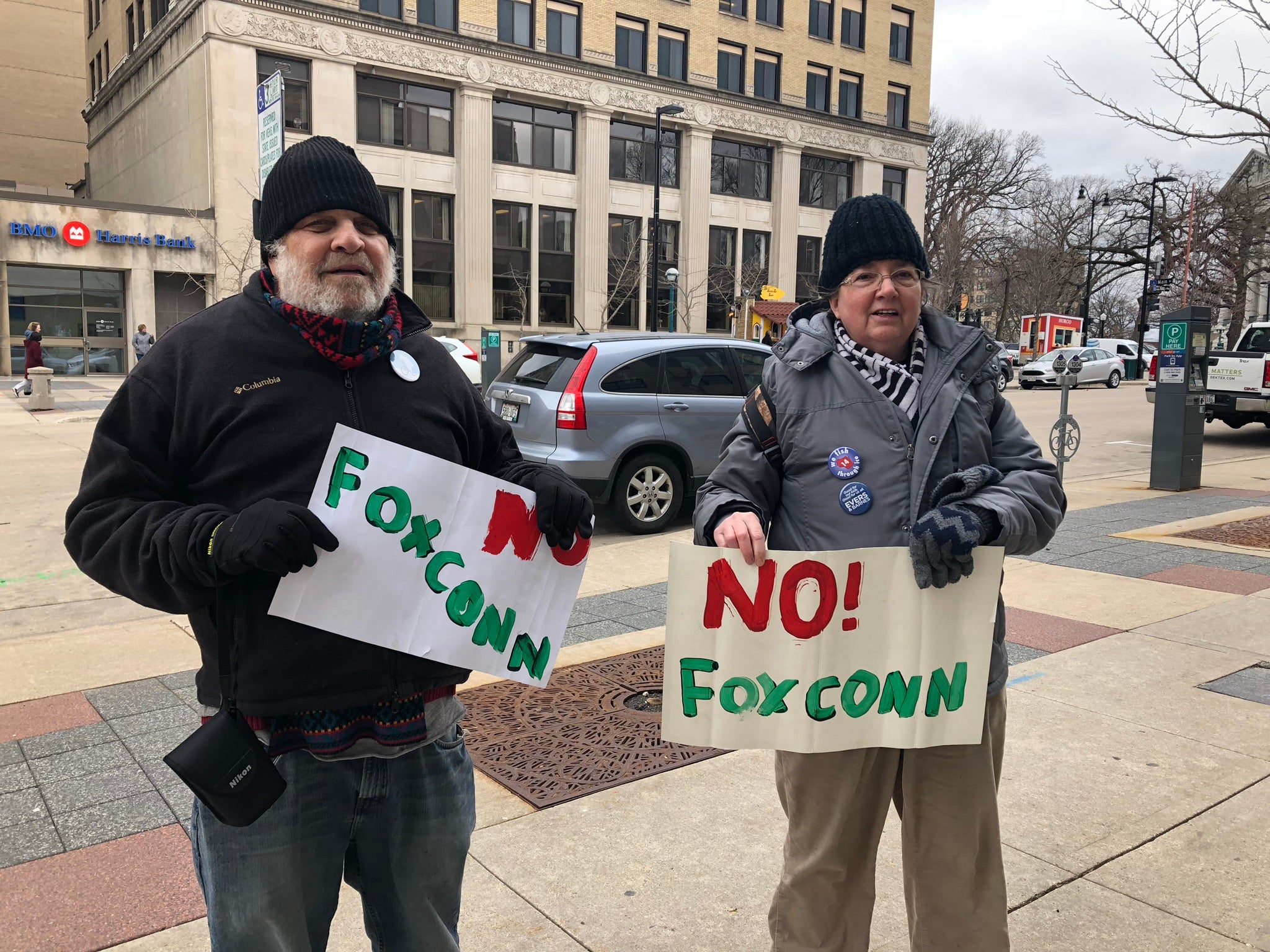 Genie Ogden said she opposes Foxconn’s acquisition of land from residents in southeastern Wisconsin, as well as the potential environmental impact.

Mitchell Nussbaum bristled at the partnership between Foxconn and the UW System.

Foxconn has also purchased buildings in Milwaukee for its North American headquarters and in Green Bay and Eau Claire for innovation centers.