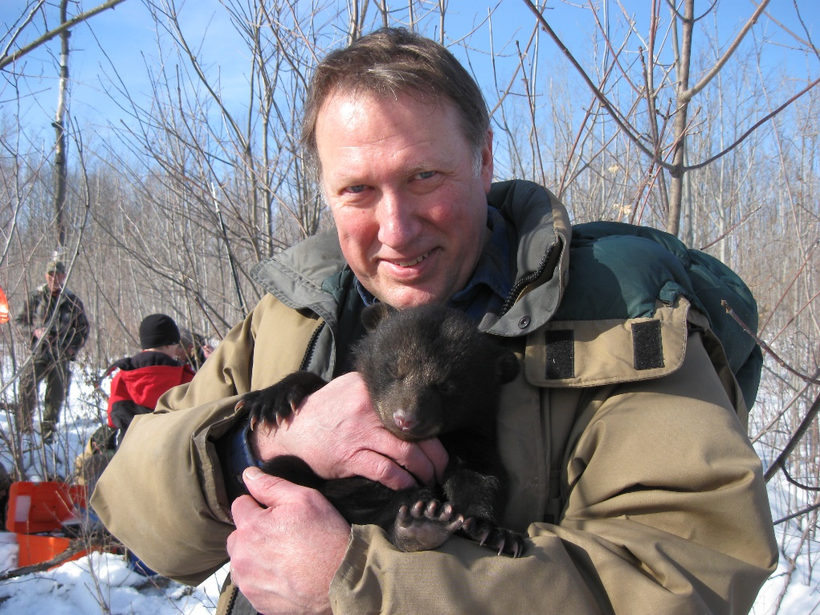 Wausau-Area Resident Was Known For Being A Talented Storyteller, Accomplished Musician
By Noah Ovshinsky
Share:

Glen Moberg had a long resume. He was a talk show host. A musician. Active in a community that he loved. A husband. A father. And he was a reporter's reporter.

Moberg has passed away, according to social media posts by his family.

Moberg was a reporter for Wisconsin Public Radio for 16 years before retiring earlier this year. He was also the longtime host of a talk show, "Route 51," which aired on WPR's Ideas Network stations throughout Central Wisconsin.

During his long career in journalism, the Illinois native and longtime Wausau-area resident earned the respect of his colleagues and many of those whom he covered.

"Glen, he would come to some events and he'd have his headphones on and he'd have his equipment strapped to his belt and you could see him coming," said Republican state Sen. Jerry Petrowski, who has represented the Wausau area for years and was a frequently interviewed by Moberg. He said Moberg wasn't afraid to ask the hard questions.

"I think he did his job. And he did it with a real professional, genuine, caring about what he was doing and what his job included," said Petrowski.

They didn't always see eye-to-eye, but Petrowski said one of the things that really stuck out about Moberg was his genuine love of Central Wisconsin. He said he was truly committed to the people in the region.

Moberg asked hard questions. He didn't do "softballs" — both in the field and on "Route 51." As former Democratic state Sen. Julie Lassa knew well. She represented the Stevens Point region for nearly two decades and was often interviewed by Moberg.

"You better had done your homework because he had. He was going to ask you some really good, thoughtful questions in order to make sure that his listeners were informed on the issues," said Lassa.

Lassa said Moberg wouldn't move on until he got a real answer.

"He was always the type of reporter and interviewer to bring you back to make sure you weren't able to skirt around an issue, and that I always respected that about him," she said. 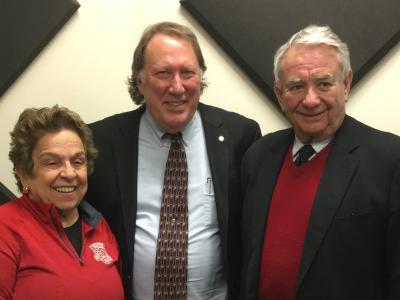 With Moberg though, it wasn’t just about the questions. He had high expectations when it came to his work and his guests. According to Rick Reyer, WPR regional manager, Moberg's rules were clear.

"We'd have the candidates from the opposing sides in the studio together and Glen would sit them down before the microphone went on said, 'This is how it's going to go. We don't yell in the studio. We have a civil conversation about things we differ on, that’s how we are going to run this program,'" Reyer said.

Of course, Moberg also had a softer side. Over the years, he covered some of the most tragic events to hit his region. Some drew big headlines like mass shootings and a helicopter crash. Others were smaller stories about pervasive problems like homelessness. In each story, he approached his subjects with empathy and a desire to give a voice to the voiceless. His stories often revealed a tenderness that is sorely missing on today's airwaves.

His writing, reporting and hosting earned awards from The Associated Press Wisconsin, the Midwest Broadcast Journalism Association, the Radio Television Digital News Association, the Milwaukee Press Club and the Wisconsin Broadcasters Association. Moberg earned the title of distinguished broadcaster in 2016, an honor conferred by the chancellor of the University of Wisconsin-Extension.

Before joining WPR, Moberg was a television journalist in Chicago and Wausau, including stints at WSAW-TV and WAOW-TV.

Moberg Harnessed Passions For Radio, Music To Fuel His Work

Moberg also loved the art of making radio. He often spoke about the importance of entertaining listeners while also delivering the news. One of his favorite stories was about bears. Moberg went into the field with some researchers and took the audience with him. There was crunching snow, scientists whispering in the background and squealing animals. In other words, it was classic Glen. He would spend hours working to get the sound just right on stories like that.

He also spent his life immersed in other kinds of sound. It usually involved a guitar. Moberg was an accomplished singer and songwriter who often played on "Route 51" and in gigs around the community. The city of Wausau was a frequent muse. One of Glen’s favorite guests on his show was jazz violinist and composer Randy Sabien. Moberg loved playing "Soul of a Man" on "Route 51."

What is the soul of a man? For Glen Moberg, it was a life filled with family, countless friends, music and bringing the voices of his community members alive through his reporting.

Listen to Moberg's original song "Wausau and the Only Thing Missing is U."