Former Milwaukee Police Chief Alfonso Morales will get his job back in 45 days unless the city and his attorneys can reach a settlement, a judge ruled Wednesday.

Morales' attorneys say the ousted chief is "ready, willing and able" to have his job back Thursday or within 45 days, and he's not looking for a monetary settlement.

"He never wanted to be removed as chief," attorney Raymond Dall'Osto said Wednesday during a press conference. The last contract Morales signed with the city runs through January 2024.

Morales' attorneys have asked that he be reimbursed for the difference in salary, benefits, individual retirement contributions and other sums, including all of his attorneys' fees and costs that have been expended since Aug. 6.

Dall'Osto said if there is a settlement, the former chief will be looking for more.

"There have been a lot of other costs to the chief, financial, reputational, whatever, that comes into the mix," Dall'Osto said. 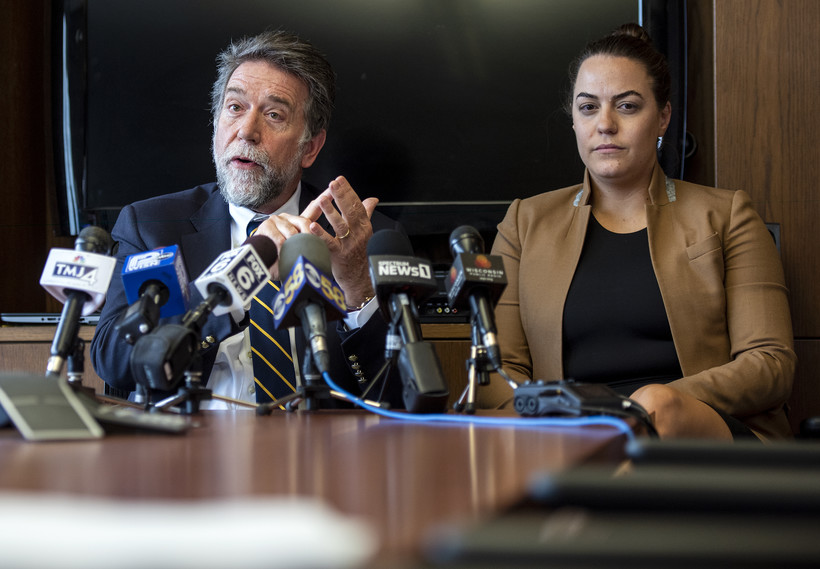 Last month, Morales' attorneys filed an affidavit in Milwaukee County Circuit Court demanding the former chief be reinstated. They argued the city wasn’t following a December decision from Milwaukee County Judge Christopher Foley by not returning Morales to his post as chief.

Morales was removed from his post at the head of the Police Department in August and demoted to the rank of captain by the Milwaukee Fire and Police Commission following months of turmoil amid racial justice protests and years of community distrust of officers. Morales chose to retire and sued for damages.

Foley reversed the Fire and Police Commission's decision to demote Morales. But the judge did not give further instructions until Wednesday.

Since December, Morales' attorneys and the city have had meetings to discuss a date Morales could return to work or a monetary settlement for the former chief, but there has been no action taken on behalf of the city.

In mid-April, the Milwaukee Common Council hired an outside legal firm, Cade Law Group, to handle the Morales case. Attorney Nate Cade said Wednesday he wasn’t authorized to speak to media about the case.