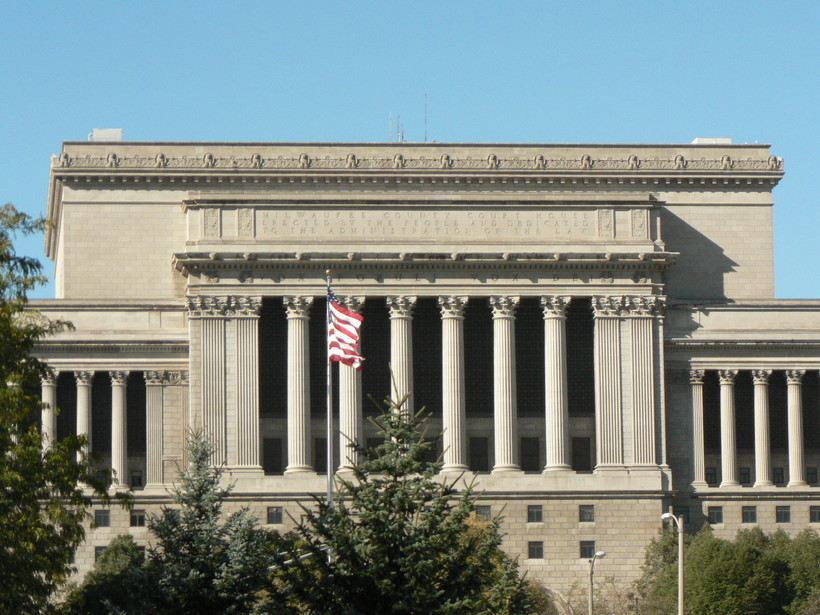 Heaggan-Brown faces a charge of first-degree reckless homicide in the on-duty fatal shooting, according to the criminal complaint filed by Milwaukee County District Attorney John Chisholm.

Smith, who was black, was shot and killed on Aug. 13 while fleeing a traffic stop in the city's Sherman Park neighborhood. After the shooting, the Milwaukee Police Department said Heaggan-Brown, who is also black, opened fire when Smith turned toward him while armed. Police Chief Ed Flynn said that the shooting was justified.

According to the court documents released Thursday, prosecutors allege Smith was unarmed when the officer fired the shot that killed him.

The criminal complaint states police body-camera footage shows Heaggan-Brown's first shot came when Smith was raising a handgun and throwing it over a nearby fence. The first shot passed through Smith's bicep.

Milwaukee Mayor Tom Barrett said he wants the body camera video to be released to the public.

Barrett said the question of whether Heaggan-Brown should have been charged, will be debated for many years.

A spokesperson for Chisholm said the D.A. isn't releasing any statements about the case.

The body-camera video showed Smith was on the ground, unarmed and had his hands near his head when Heaggan-Brown shot him a second time in the chest, according to the complaint.

Heaggan-Brown fired the second shot because he believed Smith was reaching for his waist, the complaint states.

"There's nothing sort of more troubling than that type of a killing, It's an execution in a way," Owens said.

Owens said Smith's family feels the homicide charge is a step toward justice.

A statement released by the Smith family's attorney says the family appreciates that Chisholm "has shown independence and sound judgment in prosecuting the officer who shot and killed Sylville."

Sedan Smith, Sylville's brother, said at a press conference Thursday the public needs to see footage of the shooting from police body cameras.

"I wouldn't want to see the video. My last images of my brother I seen him with his son. I'd rather just keep that image of him alive in my mind. But if he is to be charged, convicted, the public does need to see that video," he said.

Sedan said he and other family members are frustrated that the process took so long before charges were filed against Heaggan-Brown.

He said the family would like an apology from the mayor and police chief who initially defended the officer based on the body camera footage.

Larry Dupuis, the legal director for the ACLU of Wisconsin, said he hopes the district attorney's decision sheds light on some larger issues.

"We hope that not only does this bring some measure of closure for the family of Sylville Smith but also brings some light to police department practices that may have contributed," Dupuis said.

Dupuis said despite the charges, it is important not to rush to conclusions prior to a completion of the trial.

He said the Milwaukee Police Department's policy of concentrating officers in many of the city's predominantly black neighborhoods could have contributed to the shooting.

"I want justice in this situation. I want the family to heal. I pray for them and my heart goes out to the family," Stamper said. "And hopefully, the release of the tape and the charges will be some type of healing toward the family and this community."

Stamper said the community must remain diligent in their efforts to seek justice and stay united in tough times.

Shortly after charges were announced, Gov. Scott Walker touted a state law that requires an independent investigation of officer-involved shootings. Walker said he isn't ready to pass judgment on Heaggan-Brown.

"Ultimately, if he's convicted, I think people can point to this law and say it gave prosecutors the information they needed, but I'm not going to pre-judge him until he goes through the legal process and we see what a jury or court decides on this," Walker said.

Walker signed the law in 2014. Its sponsor, Madison Democrat Chris Taylor, said she plans to expand on it in the next legislative session.

The shooting sparked days of unrest on Milwaukee's north side.

Heaggan-Brown was fired by the Milwaukee Police Department in October after he was charged with sexual assault in a separate case involving accusations of drugging and sexually assaulting a young man the day after he shot Smith.

If convicted of reckless homicide, Heaggan-Brown could face 60 years in prison. He has an initial court appearance scheduled for Friday.