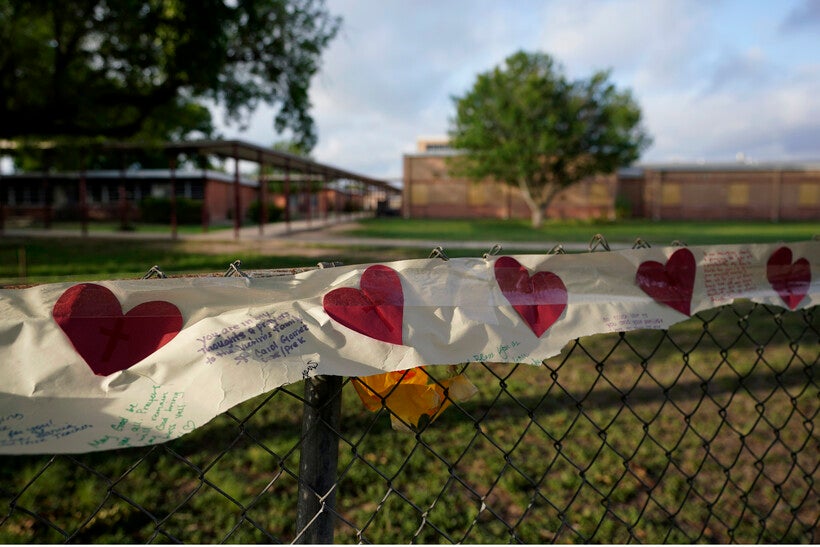 Hearts on a banner hang on a fence at a boarded up Robb Elementary School building where a memorial has been created to honor the victims killed in the recent school shooting, Friday, June 3, 2022, in Uvalde, Texas. Two teachers and 19 students were killed. Eric Gay/AP Photo

The former president of the Wisconsin Chiefs of Police Association said the law enforcement response to the Uvalde shooting was flawed.

A gunman killed 19 children and two teachers in the school shooting last month. Questions have surrounded the police response after it took more than 70 minutes for officers to end the standoff.

Patrick Mitchell, former WCPA president and West Allis Police Chief, said police understand the lives of officers rank lower than those of innocent civilians. In that situation, he said police must go in to help those who are wounded.

"Time is of the essence. I think that as I deconstruct what occurred there, I don't think you would see that occur in this state," said Mitchell. "We would press the issue and go in for those that are still alive."

Mitchell made the remarks Tuesday as part of a panel discussion held by the Wisconsin Technology Council on the role technology can play to curb mass shootings. The discussion was broadcast by WisconsinEye.

His comments follow those of a top cop in Texas who said the police response was "an abject failure" in testimony before Texas lawmakers Tuesday. Col. Steve McCraw, director of the Texas Department of Public Safety, said there were enough officers on scene to stop the gunman 3 minutes after he entered the school.

McCraw also cited technology among problems with the police response to the Uvalde shooting. The on-site commander lacked a radio during the incident, and McCraw noted police and sheriff’s radios didn’t work inside the school. 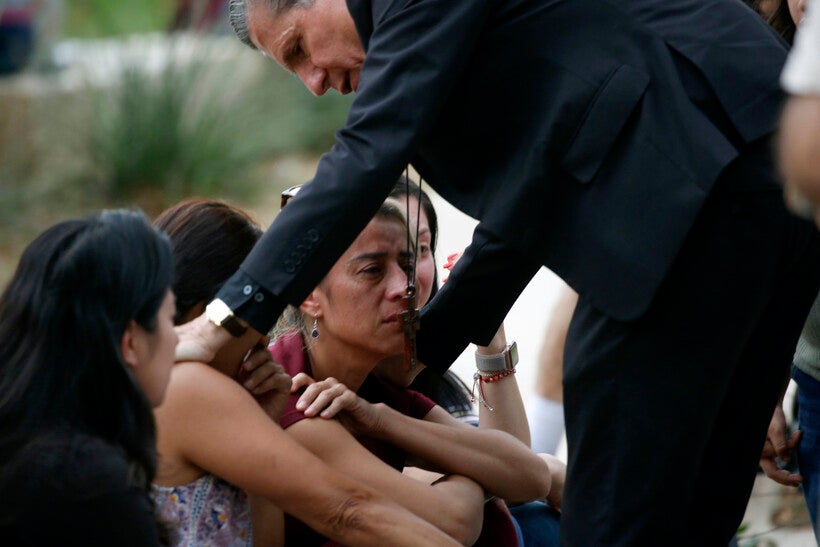 Mitchell and other panelists said active shooter incidents may require a law enforcement response from multiple communities. But not all agencies use the same radios or frequencies to communicate. On top of that, he said buildings with a lot of brick or concrete can prevent radios from sending or receiving a signal.

Former Marquette University Police Chief Paul Muscari said they would have to put devices inside campus buildings known as repeaters to boost the signal.

"Because our radios were not working just to talk to each other," said Muscari. "Never mind, the interoperability issue with other responding agencies."

Muscari is now the director of security solutions for Shotspotter, Inc., a public safety technology company based in California. The company builds sensor arrays to detect gunshots outside of buildings, including K-12 schools and corporate facilities.

"When somebody fires a gun within that area, ShotSpotter sensors will pick up the sound. They will triangulate it, for lack of a better term. They will send the data to one of our two incident review centers where it's verified by a human," said Muscari. "And, then, that will be sent to the customer, to the local law enforcement agency and we guarantee that we'll do that in 60 seconds or less."

Muscari said they issued 250,000 alerts last year for more than 130 customers, including the city of Milwaukee.

Joe Hanson, regional director of sales and implementation for the Critical Response Group, has worked with around 400 schools in Wisconsin to help map their buildings. Hanson said they use a technology known as collaborative response graphics — or aerial imagery of floor plans that the company then verifies through a site visit. Those maps can then be shared with law enforcement to aid their response in a crisis. 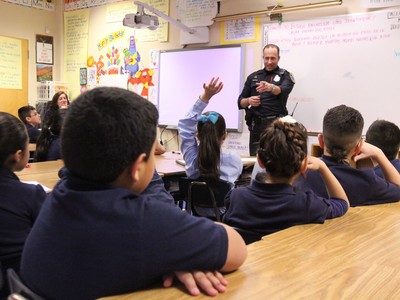 "You could have 20 agencies showing up in Milwaukee, probably more than that ... It's a very complicated dance between a lot of people that don't always work together, and that's why those maps are so important," Hanson said.

Last year, a Republican-sponsored bill was signed into law that provides grants to schools so they can get "critical incident mapping data" for each building within a district. The law allows schools to submit those maps in lieu of school blueprints as part of a school safety plan. Upon request by the Wisconsin Department of Justice, the state Legislature's Joint Committee on Finance may provide an additional $2 million in grants for the effort under the current two-year state budget.

In 2016, the National Institute of Justice commissioned the RAND Corporation to ask safety experts to rate technologies to address violence in urban and rural schools. Experts highlighted two main needs. They centered on direct two-way communication between teachers and law enforcement during a crisis and faster access to information that could possibly come from "all-in-one" applications.

"I know in certain communities, they will use metal detectors on certain days," said Mitchell. "Other communities, there's just no appetite. They will not do it because of the message that it sends."

The state’s Speak Up, Speak Out app for reporting potential school safety threats has seen an increase in tips reported to its 24-hour anonymous hotline. More than 200 schools have used the reporting system. The system has received 930 tips this year as of Tuesday and around 3,600 tips overall since its launch in 2020. The RAND study recommended developers make anonymous tip lines easier to monitor as one way technology can improve safety.