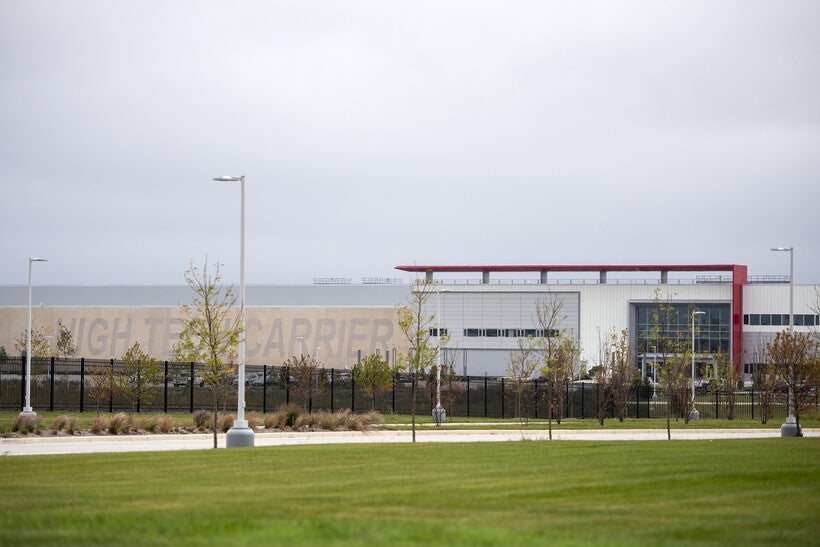 Deal to bring more than 100 jobs to community, as opposed to 13K promised in failed Foxconn plans
By Christine Hatfield
Share:

A former Foxconn building in the Village of Mount Pleasant is set to become home to a natural food coloring company. It's hoped the agreement approved Tuesday will bring more than 100 jobs to the village.

The Denmark-based Oterra already has a location near West Allis. The Mount Pleasant Village Board and Community Development Authority unanimously approved a development agreement with the company.

Mount Pleasant Village President David DeGroot said in a statement the agreement is a great deal for the community.

"We are grateful of the efforts made by (the Racine County Economic Development Corp.) and others to assist in attracting an innovative company with a global reach to Mount Pleasant," DeGroot said. "The Village remains committed to drawing high quality employers, like Oterra, to our community."

Former President Donald Trump used the building as the site of a groundbreaking ceremony for a Foxconn campus in 2018, saying at the time the planned facilities could become the eighth wonder of the world.

It's the latest chapter in the ongoing story of Foxconn's presence in Mount Pleasant and Wisconsin. The company announced plans in July 2017 to build a manufacturing plant in the Mount Pleasant area that would bring around 13,000 jobs to the state. Those plans largely haven't come to pass.

Until now, Foxconn has been the building's only tenant.

Oterra has agreed to make improvements to the former Foxconn building that would bring its value from $12.9 million to around $22.8 million, according to the agreement between the company and village.

Kelly Gallaher, an activist with the organization A Better Mount Pleasant, is cautiously optimistic about the latest deal.

"I hope that this new tenant will be long-lasting, and that they will stay for a good amount of time and employ some people," Gallaher said. "That would be a terrific thing."

She said it's good news the village found a tenant for the building, but she questions whether Oterra moving in will have a major effect.

"We were expecting 13,000 jobs and a minimum of 10,000 construction jobs for the Foxconn deal, so this seems like a pretty small piece of sand compared to what we were promised four years ago," Gallaher said. "The best that really Mount Pleasant can do is to hopefully find some people to fill in some of these empty buildings that they have scattered all around our village."

Oterra's planning to move some of its departments to the Mount Pleasant building sometime this year.