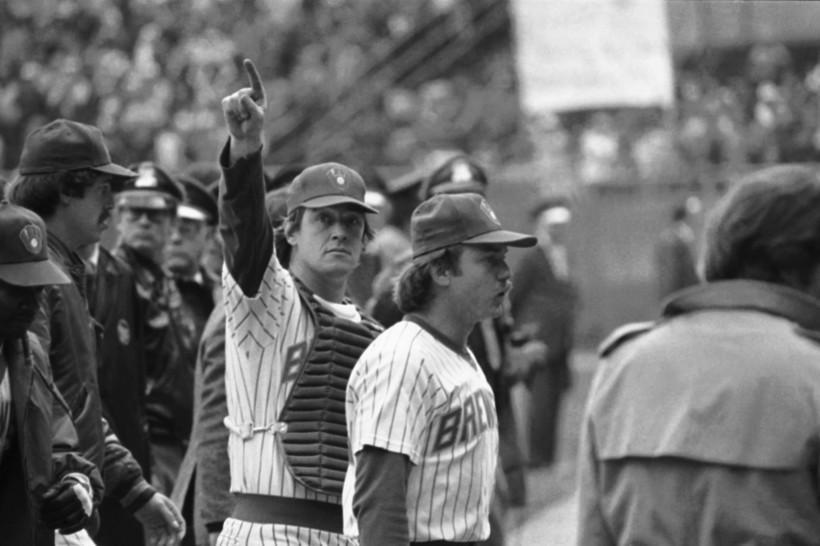 Milwaukee Brewers catcher Ted Simmons, center, turns and gives the number one sign to the crowd as he and Brewers shortstop Jim Gantner, left, leave the field after winning a World Series game, Saturday, Oct. 16, 1982, in Milwaukee. The Brewers won the game, 7-5, to tie the Series with St. Louis. AP Photo

Simmons Was Eligible For 25 Years Before Getting The Call
By Megan Hart
Share:

Ted Simmons was on the first Milwaukee Brewers team to make the playoffs and the first to earn a trip to the World Series. Now more than 30 years after his retirement as a player, he's received one of baseball's biggest honors.

On Sunday, it was announced Simmons was voted into the Baseball Hall of Fame.

Simmons was the starting catcher for Milwaukee in 1982, the only season the Brewers ever reached the World Series. Simmons homered in back-to-back games to open the series. The Brewers, then in the American League, lost to the St. Louis Cardinals in seven games.

Simmons played a pivotal role on that team, said historian Greg Wolf. Wolf's book about the 1982 Brewers is scheduled to be released this baseball season. The team was nicknamed Harvey's Wallbangers, he said, in honor of its manager Harvey Kuenn. Simmons had a nickname of his own. His long hair looked a bit like a lion's mane, so he was called Simba.

The Brewers acquired Simmons through one of the most famous trades in the team's history, which paved the way for its 1982 World Series run. The 1980 deal also brought in pitchers Pete Vuckovich and Rollie Fingers, who both went on to win the Cy Young Award in Milwaukee.

"Those three players meant so much to the franchise," said Tom Haudricourt, a Brewers beat writer at the Milwaukee Journal Sentinel. He called the time a "golden era" in Brewers history. 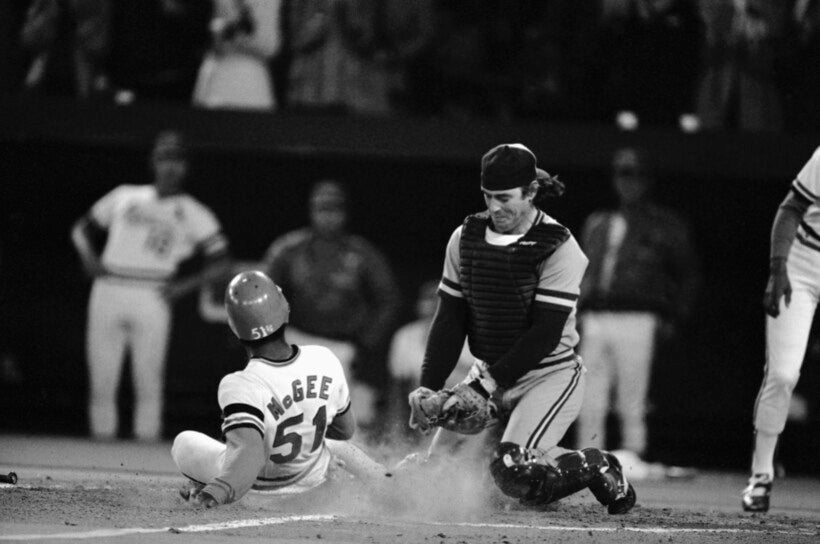 Simmons played five seasons in Milwaukee, where he was twice named an American League All-Star. He spent 21 years in Major League Baseball, including 13 seasons in St. Louis. He retired as a player in 1998 with 2,472 hits and a batting average of .285. In terms of batting statistics, Simmons was among the most successful catchers in baseball history, Wolf said.

Despite his success on the field, Simmons didn't have an easy road to the Hall of Fame.

Players aren't eligible to appear on the Hall of Fame ballot until five years after retirement. Simmons made his first appearance in 1994, receiving just 3.7 percent of votes from members of the Baseball Writers Association of America. He was then removed from future ballots due to his low score.

Then in 2017, the Modern Era Committee was created to reconsider players who didn't receive enough votes to earn a Hall of Fame spot during their period of initial eligibility, Wolf said. That's the group that voted Simmons in this year.

Haudricourt said the honor is well-deserved.

"If you look at his statistics, he has numbers that match up with many, many catchers who are in the Hall of Fame and a lot of people just didn't understand why he didn't get more credit," he said.