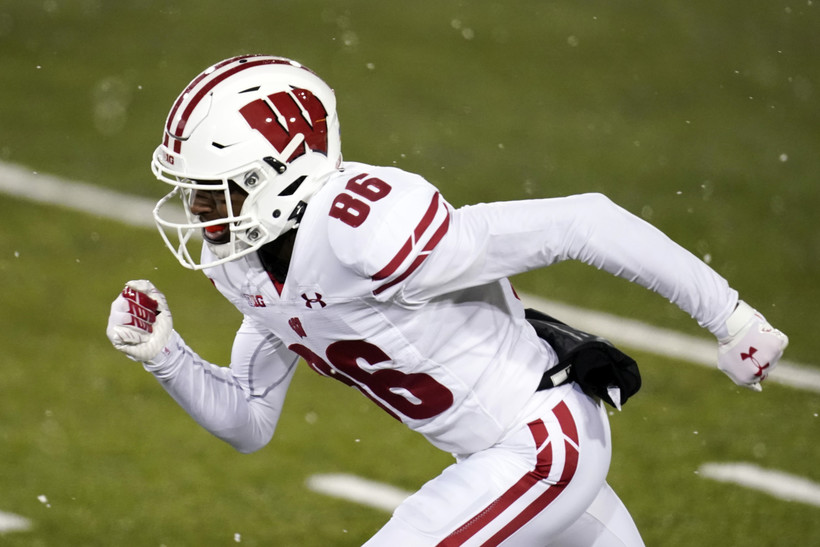 Wisconsin wide receiver Devin Chandler runs up field during an NCAA college football game against Iowa, on Dec. 12, 2020, in Iowa City, Iowa. Chandler, who transferred to the University of Virginia, was one of three Virginia football players killed in a shooting, Sunday, Nov. 13, 2022, in Charlottesville, Va., while returning from a class trip to see a play. Charlie Neibergall/AP File Photo

Former Badger among 3 killed in shooting at University of Virginia

Devin Chandler played 2 years at University of Wisconsin before transferring to UVA this year
By Deneen Smith and The Associated Press
Share:

A former Badger football player was among those killed in a shooting Sunday at the University of Virginia.

Devin Chandler was a wide receiver for the University of Wisconsin-Madison in the 2020 and 2021 seasons before transferring to Virginia.

He was killed Sunday along with his teammates Lavel Davis, a wide receiver from Dorchester, S.C, and D'Shawn Perry, a linebacker from Miami. All three were juniors at the university. Two other people injured in the shooting have not yet been identified. 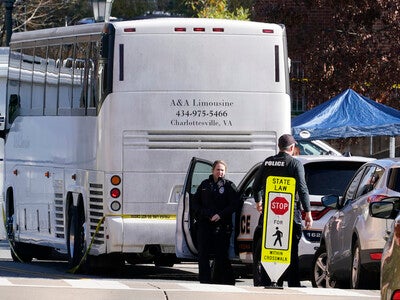 Police investigators work around a bus which is believed to be the site of an overnight shooting on the grounds of the University of Virginia Monday, Nov. 14, 2022 in Charlottesville. Va. Steve Helber/AP Photo

UVA President Jim Ryan confirmed Monday that the shooting happened at about 10:30 p.m. Sunday on a charter bus filled with students returning from a class trip to see a play.

Chris Darnell Jones, the 22-year-old student suspected in the shootings, was taken into custody Monday after a manhunt that lasted more than 12 hours and involved multiple law enforcement agencies, according to UVA Emergency Management. The campus was on lockdown during the search.

"This is an unimaginably sad day for our community," Ryan said. "The entire university community is grieving this morning. My heart is broken for the victims and their families and for all who knew and loved them."

UVA Police Chief Tim Longo said Jones was arrested off-campus and will be charged with three counts of second-degree murder and three counts of using a handgun to commit a felony.

Members of the UW-Madison football team reacted to the news on social meeting, several sharing their heartbreak over Chandler's death.

"One of the realest people. Lighting up the room just from who he was," freshman Skyler Bell, a wide receiver, said on Twitter. "Heavy heart can be an understatement."