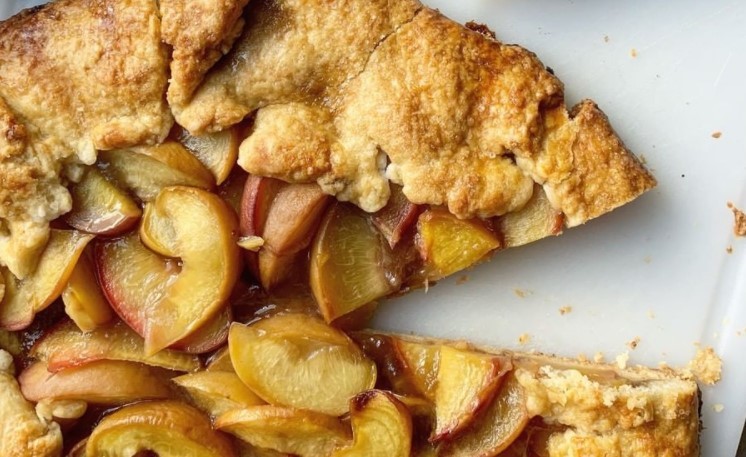 Forget Trying To Bake The Perfect Pie. Galettes Are Easier To Make And Better For Summer

Galettes Are Free-Form Pies That Are Just As Delicious As Regular Pies, Madison Baker Says
By Elizabeth Dohms-Harter
Share:

Shawn Bolduc, a baker and owner of The Baked Lab in Madison, is a huge fan of blueberries.

Once they start growing, he said, he wants to put them in everything he bakes, namely blueberry pie. 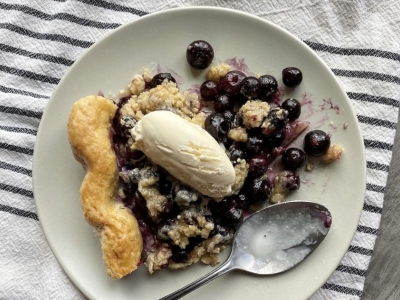 But baking pies can be a finicky and tedious process. Galettes — free-form pies that don't require nearly as much fussing, prepping and perfecting as traditional pies might need — are better options for summer.

"Basically, I'm making a standard pie dough, dropping something into the center of it, and I'm kind of folding over the edges right on top of itself, baking it off in the oven," he said. "And it's just as delicious as a standard pie, but less fuss."

Bolduc said galettes work well with stone fruit, which he uses in a recipe for his Peach and Plum Galette. After the fruit has been chopped up, it's mixed with some sugar and cornstarch as a thickening agent and dropped into the center of the pie dough.

"There are so many different ways that you can enhance a pie like that," he said. Sometimes, he'll add bourbon. He also likes to bake with herbs that he said pair naturally with fruit, for example, strawberry with basil, lemon with thyme, and rhubarb and blueberry with rosemary.

Bolduc said because of the versatility of galettes, they turn out well with simple ingredients that are already in your kitchen. And, galettes can be made to be savory, too.

"I absolutely love putting tomatoes into a galette — heirloom tomatoes mixed with a little bit of cheese," he said.

One of the trickiest parts of baking pies with fruit is making sure the dough doesn't get swamped by the fruit juices. Bolduc recommends using a blind baking method to harden the crust before adding the fruit.

"When we make our dough, we put it into a pie tin and then we bake it in the oven, maybe with some beans inside of it to kind of help hold its shape," he said. "That helps the crust get a little cooked and set before we add our runny fruits to it."

Bolduc said on occasions where he doesn't blind bake the crust, he'll preheat the oven with a sheet pan on the bottom rack of the oven, and sets the pie directly on the sheet pan. That way, when he puts the pie in the oven, it gets direct heat and helps seal in the contents of the pie.

Another method is to add more thickener if your plan is to use frozen fruit. That'll help soak up the extra liquid.

If you're trying to bake cakes or muffins with frozen fruit, you might find it a challenge to keep the fruit from sinking to the bottom, but Bolduc said tossing your fruit in flour before adding it to the batter will help.

"That will ... soak up some of that excess liquid that is expelled once it comes into contact with all that heat and help sort of let them float in the middle of our baked good," he said. 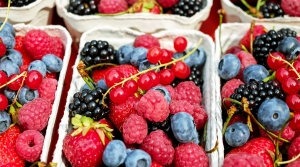 With summer berries starting to come into season, it's a great time to bake our favorite pies, galettes, and tarts. We talk with a Wisconsin baker about some of the best ways to use seasonal fruit in our baking.