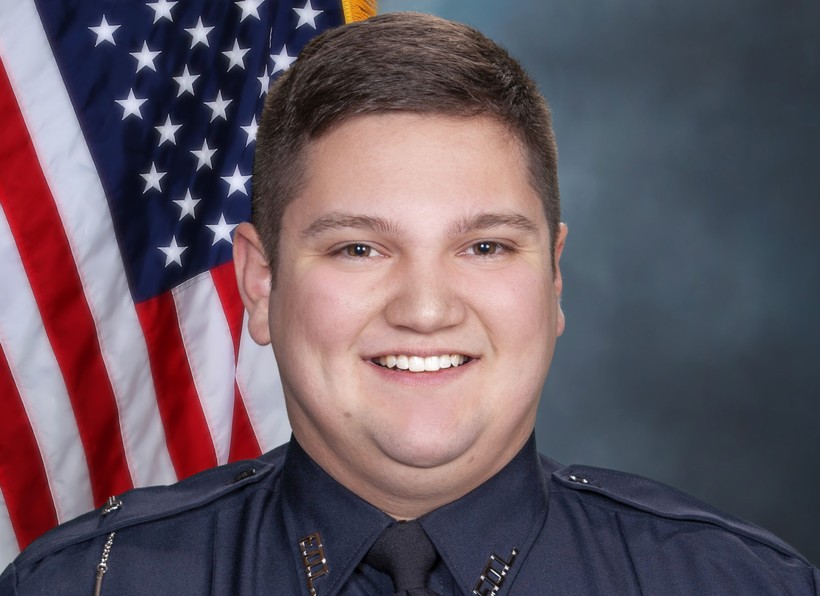 Flags Around Wisconsin Fly At Half-Staff In Honor Of The National Guard Member
By Megan Hart
Share:

A member of the Fond du Lac Police Department is being mourned by the community. Officer Joseph Kurer died last week after contracting COVID-19 while on the job.

The 26-year-old police officer was honored with a procession through Fond du Lac on Wednesday after a mass that concluded with law enforcement and military honors, according to a post on the Police Department’s Facebook page.

"Officer Kurer was the kind of officer you wanted to work alongside with," Lt. Erik Foster told reporters Wednesday morning. "He always had a way of being positive and bringing that positivity to the shift around him. If you were to ask anybody, they would tell you Joe was known for having the biggest smile."

Gov. Tony Evers ordered flags around the state to be flown at half-staff Wednesday in honor of Kurer, who died Sept. 22.

"Kathy and I were incredibly saddened to hear of the passing of Joseph Kurer, Fond du Lac police officer and member of the Wisconsin National Guard, who tragically passed away in the line of duty due to COVID-19 complications," Evers said in a statement.

During his career, he received the City of Fond du Lac Police Department Life Saving Award, an Army Achievement Medal and other honors.

"Our entire Fond du Lac Police Department family mourns the passing of Officer Joseph Kurer," Police Chief Aaron Goldstein said in a statement announcing Kurer’s passing. "Our love and condolences go out to Joseph’s wife and children and all those with whom he served."

Kurer’s second child was born the night before he died. He’s also survived by his wife, parents and sister, according to the Fond du Lac Police Department. He enjoyed cooking and listening to music with his family, and spending time outdoors, according to his obituary.

A GoFundMe to benefit Kurer’s family has raised more than $26,000 as of Wednesday afternoon.

Nearly 8,000 Wisconsinites have died of COVID-19 since the pandemic began last year, according to the state Department of Health Services.