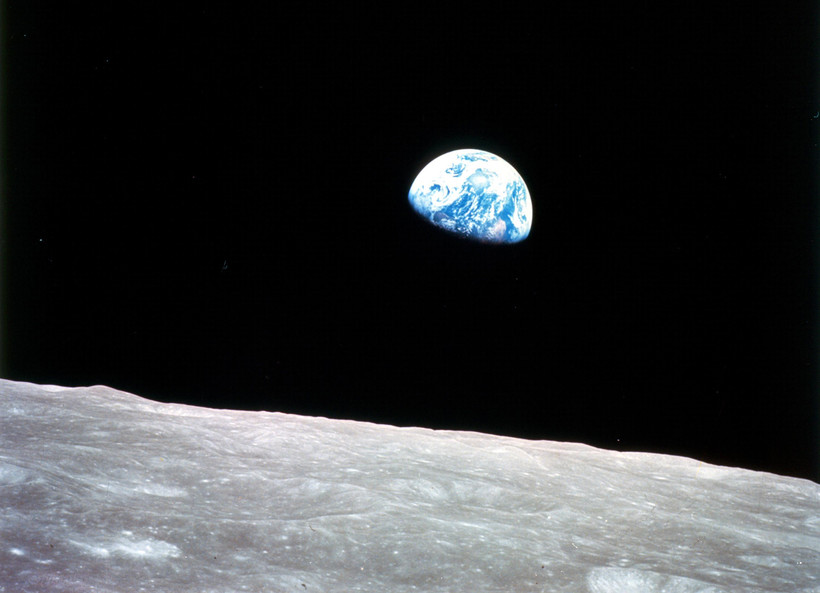 On The 50th Anniversary Of The First Humans On The Moon, We Share Folk Music From Here On Earth And In Outer Space
By Dan Robinson
Share:

If you could pick a soundtrack to go with space travel, what would it include? How about Frank Sinatra singing "Fly Me To The Moon" or David Bowie’s "Space Oddity"? A natural choice would be the theme from Stanley Kubrick’s movie, "2001: A Space Odyssey" (which is actually the initial fanfare, "Sunrise," from Richard Strauss' tone poem, "Also Sprach Zarathustra"). Would any folk music make the list?

While no folk music (at least to my knowledge!) was playing in the capsule as Armstrong and Aldrin landed on the moon, folk and roots music has made the trek to outer space in other ways.

Probably the best-known occasion is the inclusion of Blind Willie Johnson's seminal recording of "Dark Was The Night, Cold Was The Ground" on the gold-plated record sent with the spaceships Voyager 1 and 2. Launched by NASA in 1977, Voyager 1 left our solar system in 2012, while Voyager 2 entered interstellar space in 2018.

As a message to possible intelligent life in the galaxy, the records try to create a composite picture of life on Earth, including images, sounds of the Earth, greetings in both ancient and modern languages, and music from around the globe.

Recorded in 1927, "Dark Was The Night” was included on the record as a musical expression of the human condition, with its haunting slide guitar and Johnson’s humming and moaning on the piece. Many musicians and historians also consider Johnson’s song to be an essential example of early blues and slide guitar, and an important influence on blues as well as rock music.

A little closer to home, NASA thought its probe Spirit needed some encouragement during its mission on Mars in 2003. So, Libby Roderick’s song "Dig Down Deep" was played on the red planet. Roderick’s voice on this tune both urges us to fearlessly go deeper inside and to move forward with what we discover — a perfect song for Spirit’s mission, which included the discovery that Mars was much wetter in its ancient history.

Finally, back here on Earth, as we observe the 50th anniversary of Apollo 11, Wisconsin musician Ken Lonnquist wrote and recorded a song memorializing the events of July 1969, titled "Buzz On." Lonnquist fills the song with the whimsy and social commentary that is at the heart of so many of his tunes.

So, there are three folk and roots songs to get you started on your soundtrack for exploring space. Now, the 50th anniversary of the original Woodstock Festival will be in August. Coming up with a soundtrack for that should be a piece of cake!