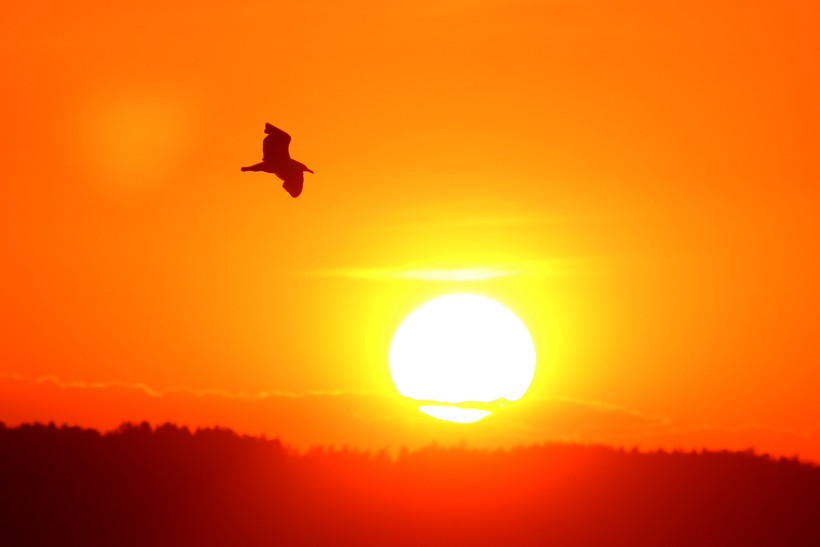 Many Songs Carry Such Stories, Feeding People's Resilience And Longing For Freedom
By Dan Robinson
Share:

The legacy of slavery's horrors in the United States continue to be felt today, but that legacy also includes a history of strength and resilience by the people who were enslaved and their ancestors.

People who were forcibly brought to this country during the era of slavery also carried with them the African tradition of people being able to fly, and that tradition and the surrounding stories fed their resilience and longing for freedom.

In a March 2019 New Yorker article titled "Revisiting the Legend of Flying Africans," experimental-documentary filmmaker Sophia Nahli Allison wrote, "The story of flying Africans has been passed down from generation to generation since slavery — a secret, suppressed gift of our ancestors ... flight became a secret language for runaway slaves, and it continues to represent black mobility toward liberation."

Folk music in the past and present has preserved the memories of enslaved people, shared their stories of longing and taking action for freedom and inspired the current work toward human rights and social justice.

Kim and Reggie Harris include the traditional song, "Now Let Me Fly" on their album "Steal Away: Songs of the Underground Railroad." In their liner notes to the song, they write that the stories of people from Africa who could fly, along with the Jewish scriptural story of Ezekiel and the Wheel, reminded enslaved people that "they had the right to think about, dream of and go to the Promised Land! (a place of freedom)."

Way in the middle of the air

I got a Father in the promised land

Not gonna stop 'til I shake his hand

Not too particular 'bout shaking his hand

But I just wanna make to the promised land

Co-written with Dirk Powell, Rhiannon Giddens' song, "We Could Fly" off her 2017 album "Freedom Highway" is a conversation between a young girl and her mother, both enslaved, remembering how the girl’s grandmother could fly:

And now the girl is feeling that same pull toward flight and freedom:

Mama, dear mama, come and stand by me

I feel a lightness in my feet, a longing to be free

My heart it is a shakin' with an old, old song

I hear the voices sayin', it's time for moving on

She took her mama by the hand, they rose up in the air

They held each other tight and then —

They flew away from there