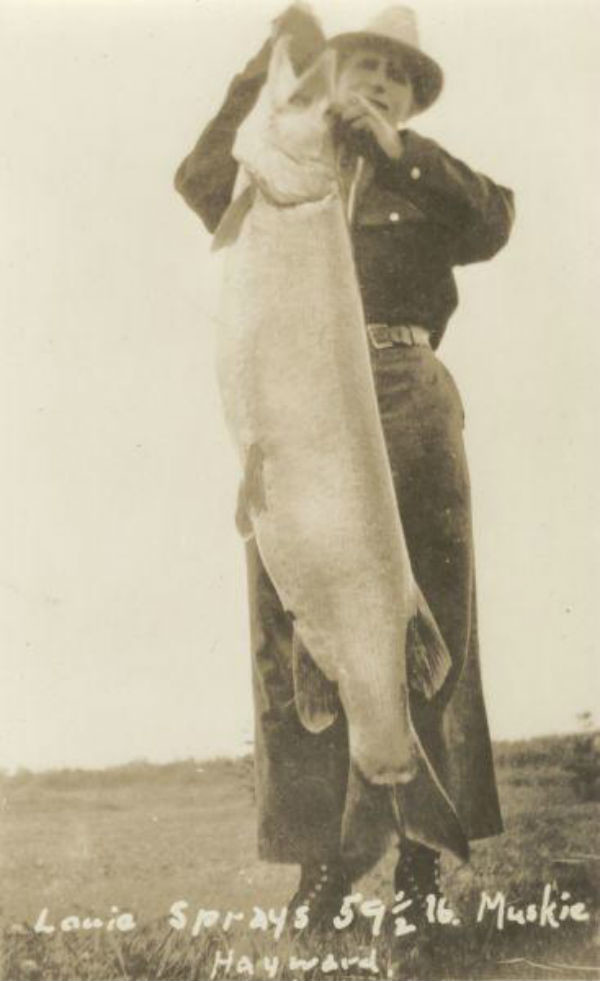 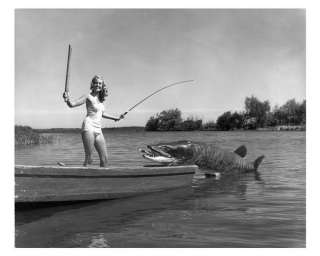 On Oct. 20, 1949, Louis Spray caught an enormous muskie in the Chippewa Flowage. The fish weighed 69 pounds, 11 ounces, and was 5 feet, 3 ½ inches long. At the time, it was considered the largest muskie ever caught.

Records are serious and contentious business -- especially in fishing -- and Spray’s catch hasn't been without controversy (See here. And here. And here.)

That October day was cold and foggy, with a drizzle that threatened to turn to snow, according to an account written by Spray. Spray was ready to give up, his fingers numb from the cold, but his guide urged him on, leading them to the spot where they would haul the big fish Spray supposedly called "Chin Whiskers" in.

Spray had a history of hauling in big fish. The image above shows a 59 ½ pound muskie he caught in 1930. He allegedly caught a 61 pound fish in 1940. No one is quite sure what happened to the 1949 catch. Some say Spray hung it on the wall of his bar but both the bar and the fish were destroyed by fire.

Spray was also rumored to be a rum runner, flouting Prohibition with a cadre of mobster friends, including Al Capone.

Like Spray’s story, the muskie is the source of many monster fish stories and perhaps more commonly, tales of “the one that got away.” Wisconsin made the muskie its official state fish in 1955.