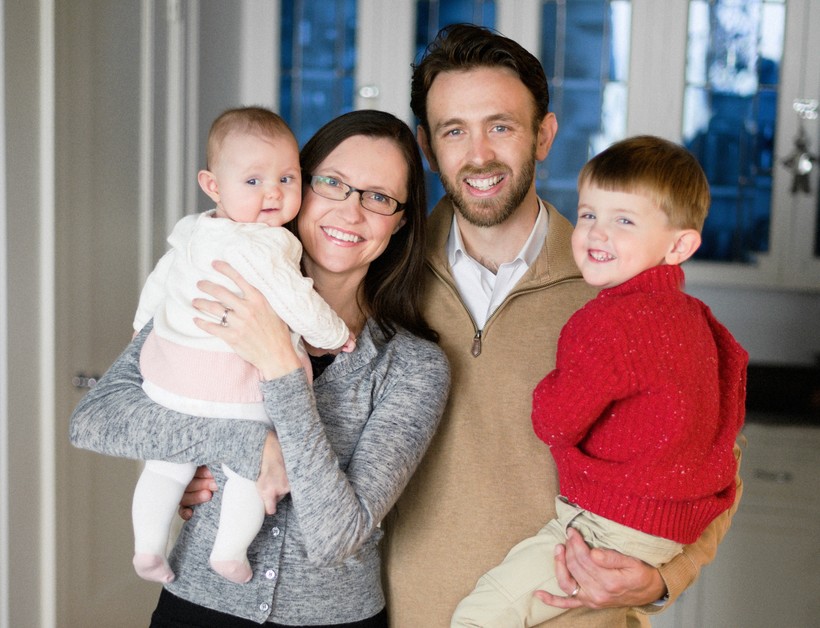 Roger Polack with his family. Photo courtesy of Roger for Wisconsin

Democrat Roger Polack Says The City's Efforts To Heal Could Be An Example To Nation
By Elizabeth Dohms-Harter
Share: 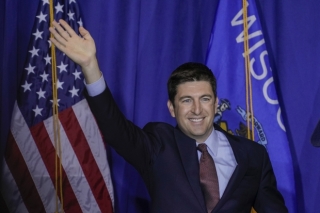 Roger Polack thinks that southeastern Wisconsin, particularly Kenosha, can serve as an example to the rest of the country on moving forward in the wake of a police shooting and subsequent protesting.

Polack, a Democratic candidate for the 1st Congressional District in southeastern Wisconsin who's running against incumbent Republican Bryan Steil, said that Kenosha's efforts to get past the violence of late August and begin discussions about how to move forward could establish a national tone of healing.

"I believe that the story of Kenosha 2020 is not yet written. We have an opportunity here in southeastern Wisconsin to be an example for the rest of the country," he said. "I believe we've already achieved that. Kenosha quickly ended the violence organically and has moved on. And now there's dialogue going on about how to move forward."

He spoke about his candidacy for the Congressional seat, which covers most of the region south of Milwaukee and west to Janesville, in an interview with Kate Archer Kent on "The Morning Show."

Kate Archer Kent: If you're elected to Congress, what are three things you want to accomplish?

Roger Polack: Given the way the pandemic has hit our country, we need to focus on getting our country back on track economically. In the case of the 1st District, we need a lot of support down here, and Congress needs to act quickly and continue the benefits that we had going in earlier this year.

Another priority would be working on bringing down the cost of prescription drug prices and health care for everyone in this country, as well as jobs and the climate.

KAK: Gov. Tony Evers issued a new statewide mask mandate and the order is set to last until Nov. 21. Do you believe the mandate should be continued?

RP: I believe we need to keep that going.

Let me say also that I wish the president a speedy recovery, and I think what his coming down with the virus shows is that we need to take this absolutely seriously and that individuals need to wear masks, social distance and take this seriously. And if we don't do that, this virus is going to continue to ravage our country. Now, we're at 208,000 people dead in this country, and that did not have to happen.

This pandemic has been poorly mishandled. And the president bears a great deal of responsibility for that, knowing early on that this was a serious issue, and downplaying it to the American people.

And I think we obviously have a clear choice this November in Joe Biden versus Donald Trump. And everyone should be aware that there is one person who is taking this seriously and one person who's not.

And the same goes for me and my opponent, Bryan Steil. He is all over social media going to events without masks on and putting not only himself at risk, but everyone that's around him at risk. And I am taking this virus completely seriously, and the people of Wisconsin need to do that as well so that we can get this under control.

KAK: The House of Representatives passed a revised stimulus bill last week that includes $600 per week in federal unemployment benefits. What do you make of the stimulus package?

RP: I support it. I think we need to have that stimulus package in place. I think the fact that we let the stimulus lapse and the increased unemployment benefits lapse was an abdication of responsibility by Congress.

And there's the argument that people are hoarding the money or that individuals are unduly profiting off of this. People are missing a huge point that this money for individuals — this $600 extra per week — is going straight back into the economy. People are using that to buy gas, groceries and to pay rent.

I grew up in a family that struggled to make ends meet when I was a child. My mom worked three jobs to keep a roof over our heads. And I'm just imagining what it would be like if this was my family as a kid. My mom worked in the retail sector, and she would be undoubtedly hard hit by this.

I think we need to make sure that lower income and middle-class families have the ability to withstand this crisis and that small businesses are able to get back on track and keep their employees employed. And the stimulus does exactly that.

KAK: What role should Congress have in police brutality and how to stop it?

RP: Obviously, what we saw last month in Kenosha was extremely distressing — both the shooting of Jacob Blake and the aftermath. And the role for Congress there is to pass criminal justice reform bills that help bring the community and police together, not drive them further apart.

And the George Floyd Justice and Policing Act is a great example of that. It has provisions in there that would ban the use of choke holds, reexamine the use of force and provide funding to law enforcement agencies and additional DOJ oversight. I think that's hugely important.

But the fact that Kenosha doesn't have in their budget to have body cameras until 2022 is extremely problematic. And they need money to right that. I implore funding the police, not defunding, and for working with the community. 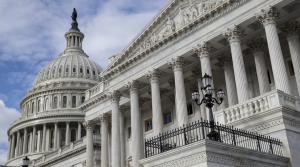 Ahead of the November election, we’re talking with congressional candidates on the ballot. First, we hear from Roger Polack, a Democrat from Racine campaigning for Wisconsin’s 1st Congressional District. Then, we’ll talk with Congressman Bryan Steil, a Republican running for re-election.