For some of Wisconsinites and other Midwest music fans, it was their first time seeing their favorite bands.

It was also the first time some of the musicians played an all-Latin music festival.

"It's a large festival and a festival of all-Latino acts, some of the most famous Latino acts in the world," said Daniel Joel Jesus French of the East Los Angeles band Las Cafeteras. "So a festival like this doesn't happen much in the country. Period."

French was not only thrilled to introduce his music to a Wisconsin crowd, but to be performing among artists he’s admired his whole life, like Maná, and contemporary musicians, like Gabriel Garzón-Montano.

Many of the artists at Los Dells sing love songs and Las Cafeteras aren’t any different. But the group also sings about politics and immigration, issues that impact many of the Hispanics attending the fest.

"I think it's an artist's duty to shed light on what's not getting light," French said. "For us, that means during a presidency that's trying to invest scarce resources on keeping people out instead of talking care of the people that are here, our thing is, let's build bridges, OK?"

"I'm not even talking about national borders. We're in Wisconsin near the Canadian border, right? Let's talk about the borders between north and south Milwaukee, or east and west in any town," French said. "Let's talk about the borders between my culture and yours. Between black, white, Chinese ... even (among) Latinos. There's Mexicans, and then there's Guatemalans, then there's what part of Mexico (someone's from.) No matter how you slice it, people make up reasons to not treat each other like humans."

French said music and events like Los Dells can help people set aside their differences. 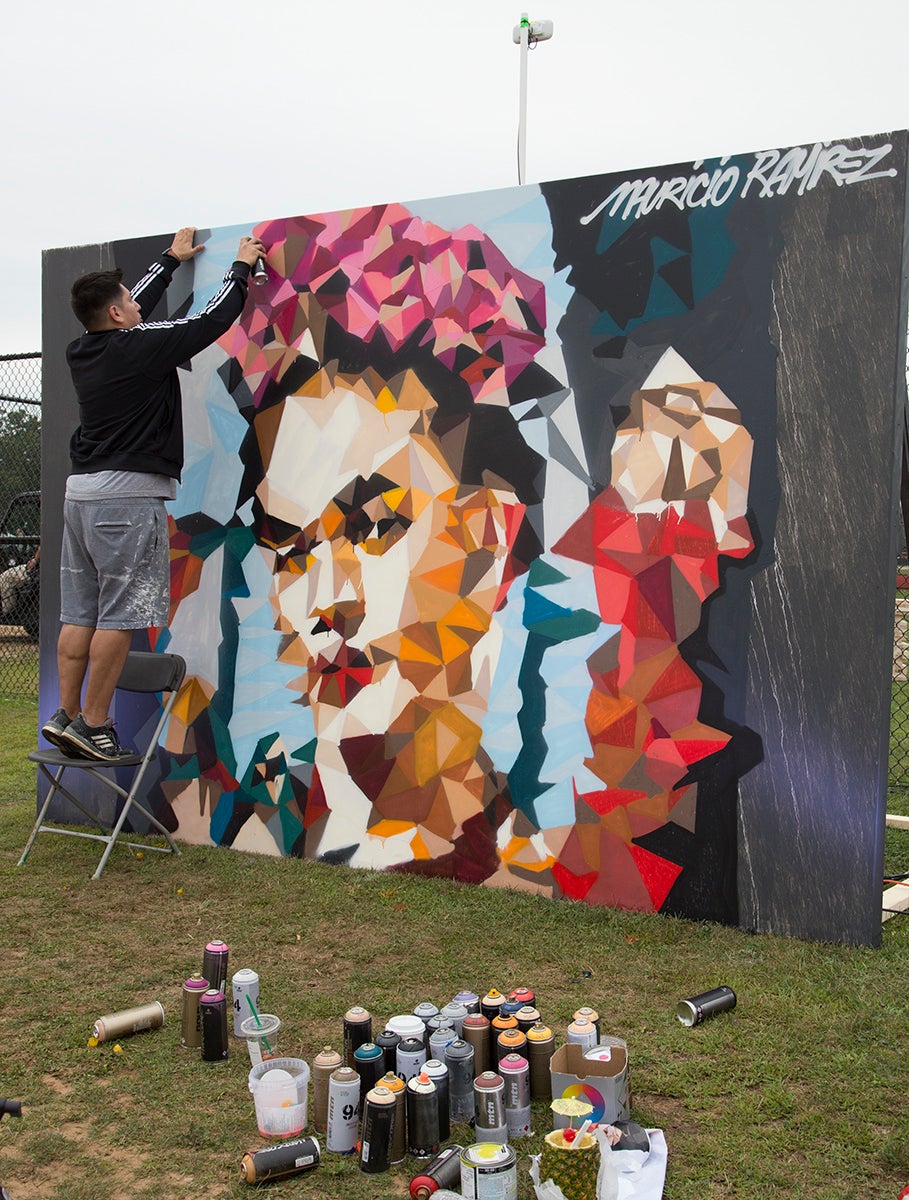 "Art and music is the bridge to the heart," he said. "You don't even have to know what we're talking about. But if you're dancing and shaking your booty and we're smiling, all of the sudden we can start seeing each other as humans."

"Art is a huge part of the Latin culture," Ramirez said. "Go down to South America or Mexico and it's nothing but the most artistic things you've ever seen in your entire life. That's where I grab inspiration and try to dig down and find out where I'm really coming from. To find out why I'm having these thoughts. Find out why I'm feeling certain color patterns. It helps me make sense of it all."

Currently, Ramirez is living in West Allis while working on some public art projects in Milwaukee, like the Selena mural in Walker’s Point and the Wisconsin Avenue utility box murals.

Ramirez said it’s important that Latin visual artists and musicians are getting such a huge platform at Los Dells, where they can bring people together and share their work with the entire public.

"Honestly at the end of the day, it’s really about the people and less about the art," Ramirez said. "If art and music can bring all those people together in one place, then you’re winning as a whole, as a community, for sure." 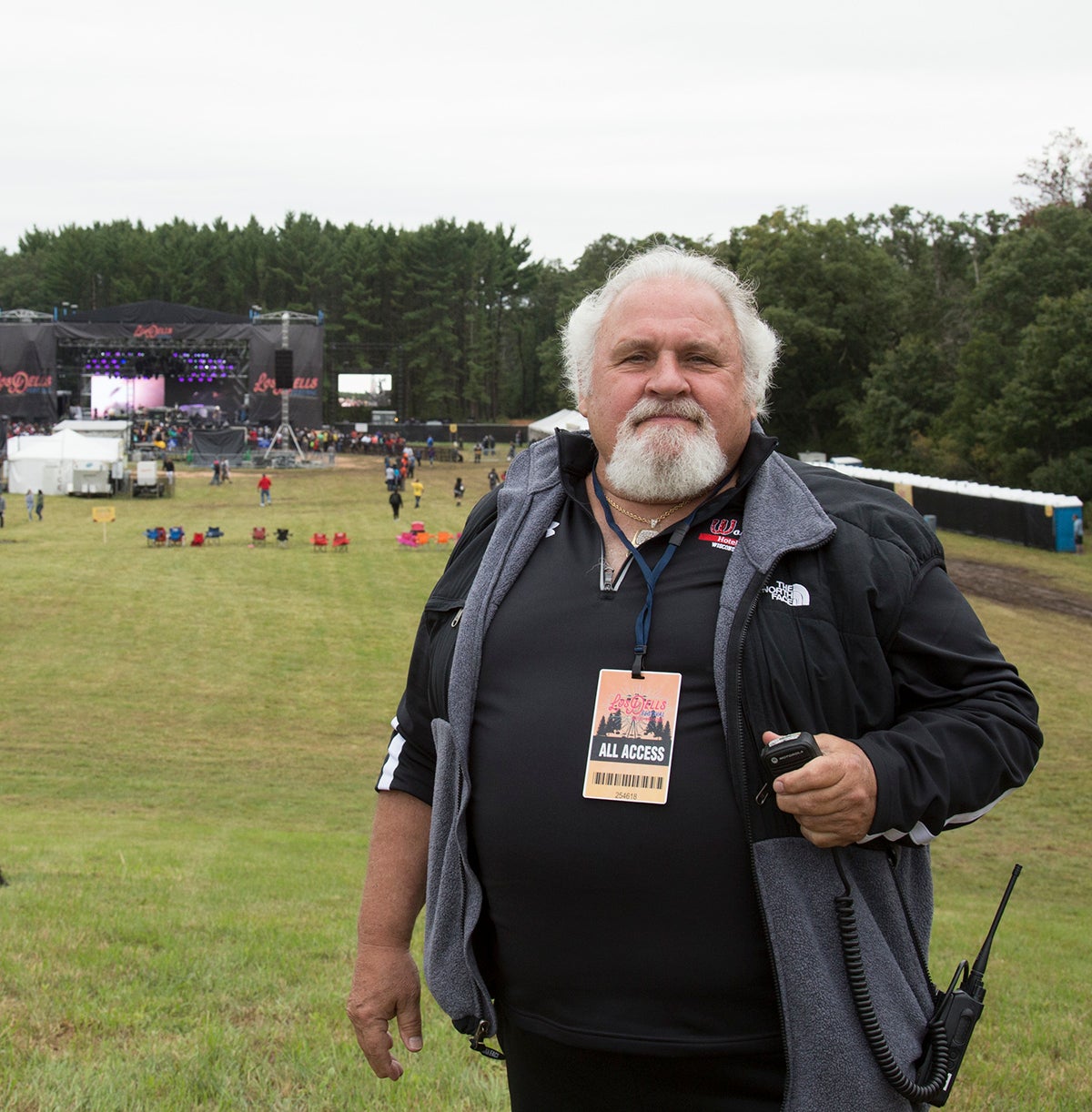 All the ticket sales profits for Los Dells are being donated toward Hurricane Harvey disaster relief.

Los Dells founder and security firm Contemporary Services Corp. CEO Damon Zumwalt said he has thousands of employees in the Houston area and many have been impacted. Like many music festivals in their first year, Zumwalt said Los Dells may not turn a profit and if that’s the case, he plans to donate his own money to the relief.

Zumwalt said he hopes to bring back the festival next year.