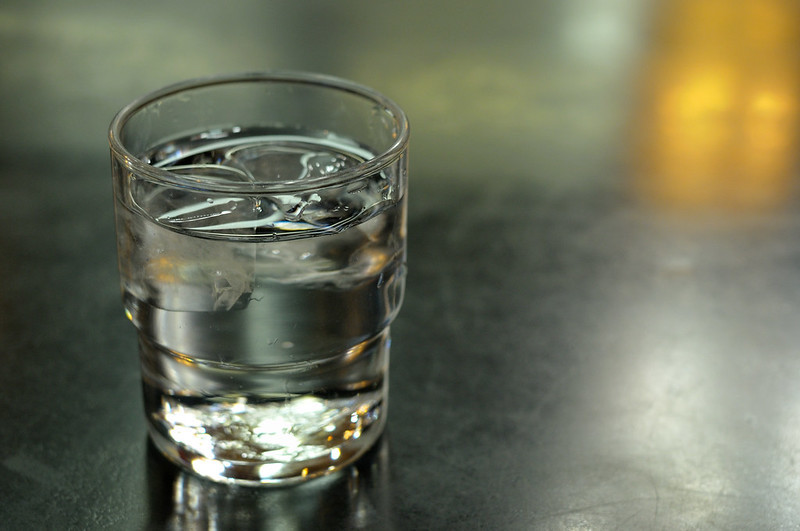 A manufacturer of firefighting foam says the majority of more than 250 drinking water wells it's tested in Marinette County turned up no trace of toxic chemicals known as PFAS. But state regulators say it's too early to tell the scope of PFAS contamination within drinking water in the area.

Found in everyday products, the so-called "forever chemicals" have raised concern because they don't break down easily in the environment, and they've been linked to an increased risk of some cancers. The sampling of wells in the Marinette region is part of an ongoing investigation into PFAS contamination stemming from a fire training facility at Tyco Fire Products in Marinette.

Tyco, which is part of Johnson Controls International, said in a May 14 update that 69 percent or 185 wells had no detectable levels of perfluoroalkyl and polyfluoroalkyl substances. There were 247 out of 269 wells tested in the Town of Peshtigo and near farm fields in Porterfield that had PFAS levels below the federal health advisory level (HAL) of 70 parts per trillion (ppt).

"Using the Federal HAL as a guideline, a person could drink an unlimited number of glasses of water daily, containing PFOA and PFOS levels up to 70 ppt, without risking illness," said Tyco in the update.

The Wisconsin Department of Health Services has recommended a more restrictive standard for groundwater of 20 parts per trillion in order to protect public health, although enforcement standards are still being crafted. There were 38 wells or 14 percent of those sampled that had PFAS levels above the state's recommendation.

State regulators say it's too soon to say what the sampling results mean, according to Christine Haag, director of remediation and redevelopment for the Wisconsin Department of Natural Resources.

Haag said Tyco and Johnson Controls have yet to finish sampling private wells near farm fields where treated sewage sludge known as biosolids had been spread. The Marinette wastewater treatment plant had previously notified the state of significant levels of PFAS within biosolids.

"When COVID-19 struck, there was a delay, and now they will be resuming and sampling the remainder of the wells that hadn't been sampled yet," said Haag.

The company tested 98 wells before suspending sampling in mid-March, and there are 73 wells that remain to be tested. The DNR directed Johnson Controls to sample wells near fields in July last year, but the company didn't begin testing until March of this year.

"In the biosolids sampling area, as soon as the preliminary results were received for the initial set of tests, Tyco voluntarily provided bottled water to 6 residents whose wells had detections over the Wisconsin interim standard of 20 ppt," said Fraser Engerman in an email, spokesman for Johnson Controls.

Haag said the number of wells that remain to be sampled is still being determined.

"It's likely that we would ask them to do a well survey to ensure that there aren't additional wells in those areas that are potentially affected," said Haag, referring to wells with detectable PFAS levels.

Tyco is scheduled to resume sampling on Friday, May 22, since the state's stay-at-home order is no longer in effect. The company's environmental consultant, Arcadis, is reaching out to residents to gain permission to continue sampling and plans to take steps to mitigate the risks of COVID-19.

"(W)e will now be taking samples from outdoor water spigots rather than inside the residence, if at all possible," detailed Engerman. "If we need to test inside the residence, we have developed a protocol to maintain social distancing and limit any direct contact within the home. Some of these measures include the use of additional personal protective equipment including face masks and gloves."

The company hopes to wrap up sampling by July 4.

Johnson Controls said it has provided bottled water to 131 residents since late 2017 and installed 40 water treatment systems in homes with elevated PFAS levels.

Haag said the DNR also expects the company to work on a site investigation work plan to look at soil, groundwater and surface water around fields where biosolids had been spread.

Recent sampling results from the Marinette wastewater treatment plant show that levels of PFAS chemicals in its biosolids holding tank have declined since sampling was conducted in 2018. Follow-up sampling also shows a decline in PFAS within wastewater stemming from Tyco/Johnson Controls sites.

The DNR attributed the decline to the company relining old pipes that may have been susceptible to contaminated groundwater seeping in.

However, levels of the chemicals increased in wastewater coming from ChemDesign Products, which is another company responsible for cleaning up PFAS contamination. The DNR said it's unclear what may have been the cause, and the source of contamination is part of the ongoing investigation.