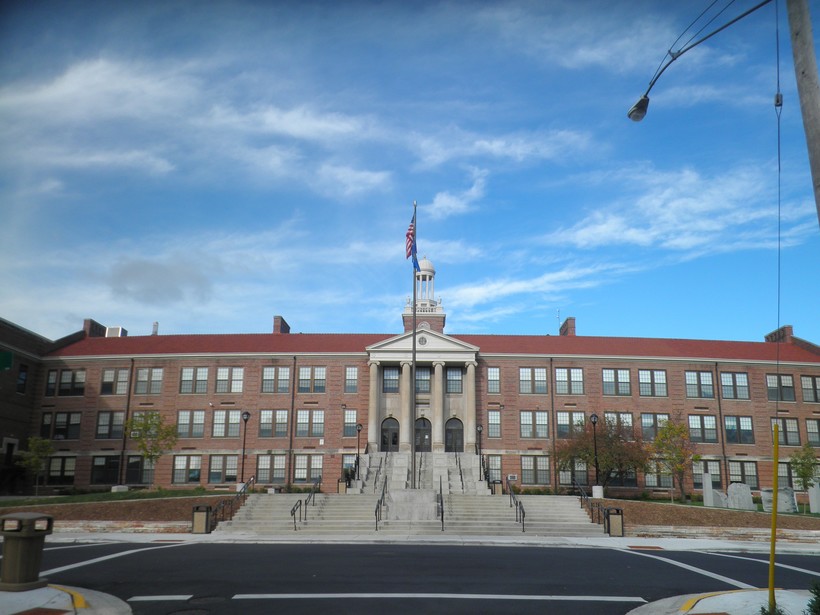 Marlon Anderson Will Return To West After Being Fired For Repeating Racial Slur Aimed At Him
By Miranda Suarez
Share:

A Madison West High School security guard who was fired for violating the school district’s zero-tolerance policy for racial slurs will get his job back, as other staff members disciplined under the same policy appeal their punishments.

Marlon Anderson, who is black, lost his job after a student called him the N-word and Anderson told the student not to call him that, repeating the word.

Critics of the decision argued the school ignored the context of the situation, which made Anderson’s use of the word acceptable. About 1,500 students, staff and supporters staged a walkout for Anderson last Friday, marching 2 miles from West High to the school district’s administration building and picketing outside. A Change.org petition calling for Anderson to get his job back has over 17,000 signatures and counting.

Anderson wrote in a Facebook post on Monday that he is now on paid administrative leave and will return to work.

"Thank you to the 1,000 plus students for allowing your voices to be heard and to all the people from across the globe for reaching out to my family," he wrote.

Anderson’s union, Madison Teachers Inc., is advocating for a change to the zero-tolerance policy that got him fired.

"The district cannot 'ﬁre its way' to an enlightened, anti-racist work force," MTI wrote in a series of demands to the school district.

Doug Keillor, MTI’s executive director, said in an interview that the school district has already moved away from punishments to deal with students, and staff could benefit from a similar approach.

"We want a process that focuses on restoring relationships, not zero-tolerance, highly punitive, firing people for uttering a word," said Keillor.

Anderson isn't the first staff member to be terminated under the zero-tolerance policy. The union is representing two other disciplined staff members during their appeals, said Keillor.

Context must determine whether or not someone deserves to be fired for using a slur, said Keillor. One "restorative" way to handle Anderson’s situation, he said, would have been to set up a conversation between Anderson and the student who used a racial slur against him.

"It’s having the two parties involved in that actually be able to deal with what was said and work on that," he said.

Madison school board President Gloria Reyes released a statement Monday announcing that she had asked the superintendent to reconsider the zero-tolerance policy, even as she acknowledged the reason it exists.

"As we experienced a series of racial slurs last school year, we had to take a stand — that we would unequivocally protect students from harm. That we would never excuse the deep pain of this hateful, violent language, regardless of intent," Reyes wrote.

Anderson’s situation, Reyes concluded, has become an opportunity to rethink the policy.

"It is important that we do not harm those that we are trying to protect," wrote Reyes.