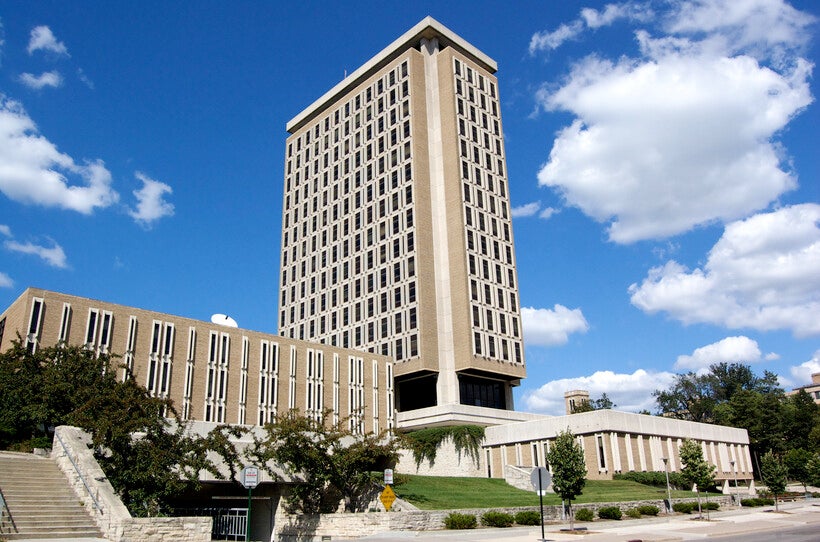 'To Ensure The Survival' Of Universities, UW System President Calls For Further Restructuring

University of Wisconsin System President Ray Cross is telling campuses across the state to revise their mission statements and create unique identities to help preserve the system's future amid financial strain caused by the coronavirus pandemic.

In a plan announced Thursday, Cross calls for streamlining duplicate degree programs before fall 2021 due to the financial pressure from the pandemic, projected declines in enrollment and nearly a decade-long freeze on in-state, undergraduate tuition at four-year universities.

During a special meeting Thursday of the UW Board of Regents, Cross outlined the proposed strategic plan for the UW System that calls for:

"Facing looming financial challenges, the UW System must quickly coordinate ongoing efforts in these areas to ensure the survival of its universities and mission," according to an executive summary of the plan Cross presented Thursday.

Cross' proposal must be approved by the regents, which isn't scheduled to take any action on specific parts of the plan.

UW System Administration would work with campuses on a degree program "prioritization process" that seeks to eliminate duplications regionally and across the state, Cross said on a call with reporters about the plan.

"If you look at all the duplicated majors, are they necessary?" Cross said. "Are they of quality?"

Cross said the need to streamline offerings within the system is driven by a 6 percent reduction in state support since the 2007-08 state biennial budget, a mandated freeze on tuition increases for in-state undergraduate students and Gov. Tony Evers’ plan to cut 5 percent of all state funding this year due to the COVID-19 pandemic.

As programs and administrative services are restructured, layoffs would be unavoidable, Cross said.

"We will do everything we can in order to properly and effectively deal with people in this process," Cross told reporters. "And it'll take time as we work ... our way through an assessment of these programs. But I believe that layoffs will be inevitable as we go through this process."

Each UW System campus would be required to refine their missions "beginning with the premise that each of our comprehensive universities cannot continue to be all things to all people and be financial sustainable," according to the executive summary.

Instead, Cross said campuses can benefit by investing in specialized programs not offered at other institutions.

Cross is also calling for a unified, strategic model for delivering online classes to compete with other universities across the nation. He said the system must be a dominant player in online class offerings to attract both traditional students and working adults who may have some college credits but no degree.

"The entire UW System captures only about 5 to 8 percent of the online market share in the upper Midwest," Cross said. "Other national institutions, as probably many of you have seen, invest heavily in marketing their online programs. While we have been hesitant, we must accelerate now or risk being left behind perhaps for good."

Under Cross' plan, human resources, IT and business services for all campuses, except UW-Madison and UW-Milwaukee, would be centralized under UW Shared Services. Cross said the process of consolidating these services began with the 2018 UW System restructuring plan, which merged the state's two-year colleges with four-year universities and moved services that were part of UW Extension to other parts of the system.

Cross said the goal now is to "immediately" begin moving these administrative functions at the campuses to UW Shared Services, which was created during that restructuring.

When asked whether his plan to streamline duplicate programs and centralize administrative functions would be necessary if lawmakers had not demanded the current tuition freeze and forced universities to spend down cash reserves, Cross deferred but said "it certainly had an impact."

"If we had the fund balances that we had before, we'd be much more capable of weathering this independently," said Cross. "But at the same time, this is the situation we're in, and we have to deal with it."

For faculty members at campuses around Wisconsin news reports about Cross' plan came as a shock. UW-Eau Claire engineering professor Matt Jewell said he and other faculty members understand budget cuts are necessary amid the COVID-19 pandemic, which caused universities to tell students to stay home to prevent spread of the disease.

But Jewell said, "these are purely long-term proposals."

"There'll be no dollars saved in the next 12 months or even probably 24 months to deal with the immediate budget crises of the pandemic," Jewell said. "So this problem, from my perspective, appears to be an opportunity to try to implement a long-term plan that's in fact not related to the current situation that we're all going through."

Jewell said it's irresponsible for Cross to propose such a significant reorganization of the UW System just months before retiring.

UW-Milwaukee professor and president of the American Association of University Professors Wisconsin Conference, Nicholas Fleisher said Cross' plan seems like a terrible idea for the state's comprehensive universities, which include all campuses except UW-Milwaukee and UW-Madison.

"So the idea is very much in keeping with a lot of other decisions that have come out of the Cross administration where, you know, they don't really have to make a plan of their own," said Fleisher. "They don't have to take responsibility for particular suggestions or decisions. They give those decisions up to local campuses, local administrations and kind of let them sort out the details."

"As the chair of the Department of Philosophy and Religious Studies, I would be very concerned that if drastic measures are taken, that programs like mine, but also other programs, women's and gender studies, language programs, other kinds of programs in the humanities and social sciences might be slated for these kinds of cuts," said Simmons.