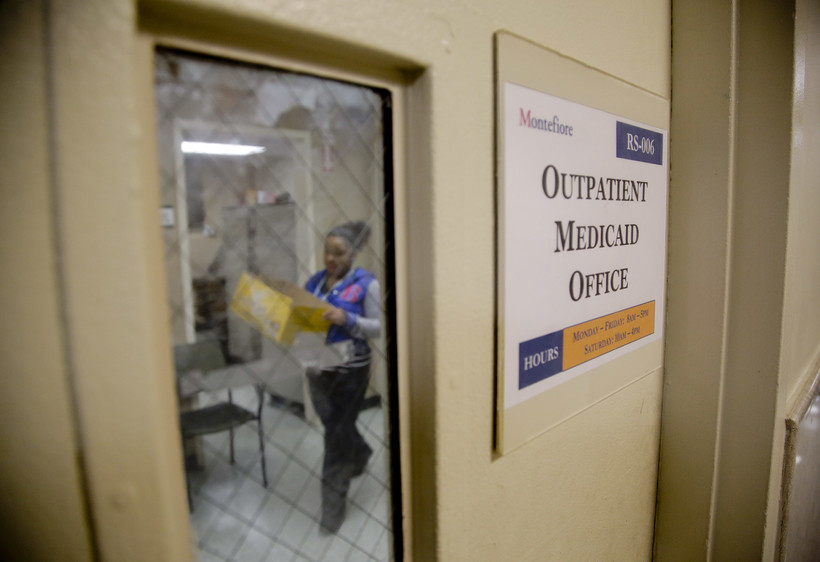 The Centers for Medicare and Medicaid Services has approved Wisconsin’s waiver requiring some BadgerCare recipients to work.

Adults under age 50 who do not have children would have to be employed 80 hours a month, undergo job training or do community service to be eligible for health care benefits.

Wisconsin is the fourth state to get approval for a Medicaid work requirement this year. Critics say it goes against the intent of the health program and may be illegal under current law. The Trump administration and Republican governors seeking permission to link health coverage and work say the change will help people become more independent.

"I recognize that there are people who disagree with this approach," wrote CMS Administrator Seema Verma in a statement announcing the approval of Wisconsin’s waiver Wednesday that also imposes premiums and limits health benefits to four years if work requirements aren’t met. Prior to the waiver's approval, there was no limit to health benefits based on work requirements.

"With more people working in Wisconsin than ever before, we can’t afford to have anyone on the sidelines: we need everyone in the game," said Gov. Scott Walker in a statement. "We want to remove barriers to work and make it easier to get a job, while making sure public assistance is available for those who truly need it."

Wisconsin submitted the waiver request to federal health officials last year. Wisconsin’s changes include charging premiums to low-income childless adults on BadgerCare Plus who make no more than $12,060 a year.

"The new premiums will apply to single adults who are making as little as $6,070 per year, and many people in that income range do not have checking accounts or credit cards that they can use to pay monthly premiums. No other state has gotten federal approval to completely remove people below the poverty level from Medicaid because they are unable to pay premiums," said Ken Taylor, executive director of Kids Forward in a statement.

Those enrolled in BadgerCare Plus would have to pay monthly premiums of $8 or less depending on income. Premiums would be reduced for healthy behaviors like maintaining a healthy weight, not smoking and wearing a seatbelt. Wisconsin’s Department of Health Services said the intent of charging premiums is to make the program more like private insurance.

There are also $8 copayments for using the emergency room if it's determined the situation did not warrant it.

Three other states have changed their Medicaid programs to include work requirements: Arkansas, Indiana, and New Hampshire. And a fourth, Kentucky, had those changes invalidated by courts this summer.

Democrats in Wisconsin say the same will happen here.

Officials with the American Lung Association called the changes "misguided" and said they are "deeply disappointed" the waiver was approved.

"Medicaid enrollees smoke at a rate that is over twice as high as the individuals with private insurance.  While the Lung Association encourages all smokers to quit, smoking is a serious addiction, and charging smokers more for health coverage has not been proven effective in helping smokers quit. In fact, studies have suggested that these policies encourage smokers to forgo health coverage," said Harold P. Wimmer, National President and CEO of the American Lung Association.

The state didn’t get all the Medicaid changes it wanted. In the initial waiver request, Wisconsin had asked federal health officials whether it could drug test those in the Medicaid program. But CMS said no and similar rules in Florida were struck down as unconstitutional by the courts.

The Walker administration still intends to do drug screening through a health and wellness questionnaire which it says is similar to commercial insurance plans.

"This is a huge step forward in helping people on government assistance move from dependence to true independence. Wisconsin Medicaid will use the Drug Abuse Screening Test (DAST-10) as a part of the Health Risk Assessment, which is required for eligibility. Wisconsin continues to lead the way on welfare reform," said Walker’s press secretary Amy Hasenberg in a statement.