Federal Judge Hears Oral Arguments In Back Forty Mine Case 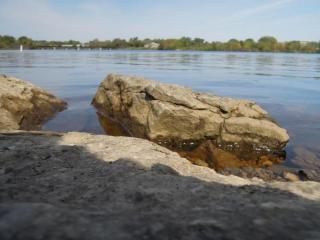 A federal judge heard arguments Wednesday on who should have permitting authority over a proposed mine in Michigan's Upper Peninsula.

Wisconsin's Menominee Tribe of Indians made oral arguments Wednesday that permitting for the "Back Forty" mine should be in federal hands, not the state of Michigan's.

According to the tribe, the mine is on its ancestral lands.

The case is being heard in the U.S. District Court for the Eastern District of Wisconsin in Green Bay.

The zinc and gold open pit mine would be located near the Menominee River which forms part of the border between Wisconsin and Michigan. The Menominee tribe worries mining will degrade the waters and burial sites.

Janette Brimmer, an attorney with the nonprofit Earthjustice representing the tribe, said, "It is important that they have their day in court because it's going to protect these resources and this river. In fact, this river doesn't belong to the state of Michigan, so I think federal oversight is important."

Brimmer argued against Dan Dertke, an attorney representing the U.S. Environmental Protection Agency and the U.S. Army Corps of Engineers. Attorney Ettinger argued in favor of the Canadian mining company, Aquila Resources which is proposing to dig the mine.

The Menominee tribe says the mine will disturb cultural sites.

"We (the Menominee) started here at that place 13,000 years ago. Our legends, our oral history, our language, everything starts there," Tribal Chairman Douglas Cox said.

Cox said the mine would create a pit 750 feet deep and a quarter of a mile long.

"There are sites there that we still use," Cox said. "If the mine goes in with a pit that size and gets placed on the bank of the Menominee River, it is going to degrade many of our sites and a place of spiritual significance to us."

Cox said human remains, possibly hundreds or thousands of years old, have been dug out of mounds at or near the proposed mine site.

Brimmer argued that the federal Clean Water Act mandates bodies of water used in interstate commerce cannot be delegated to states for permitting, as is proposed with the Back Forty mine.