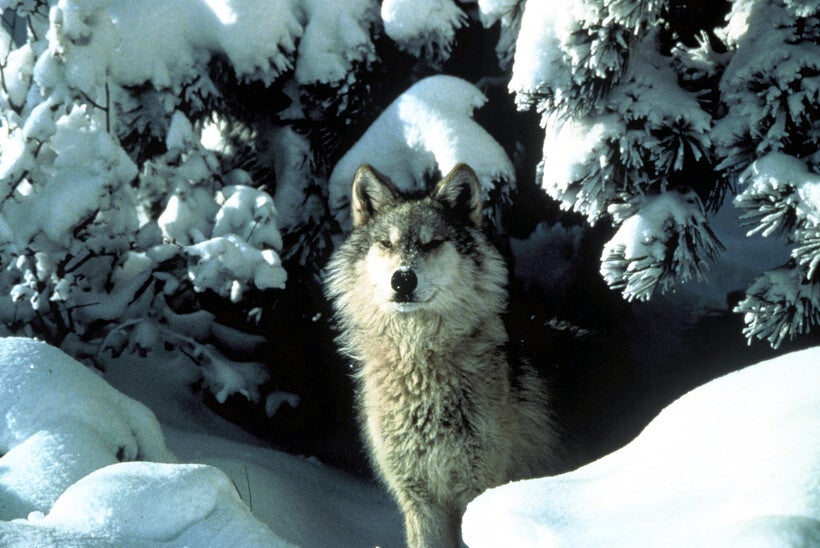 A previous ruling from a Dane County judge remains in place, putting Nov. 6 hunt in question
By Rob Mentzer
Share:

Six Ojibwe tribes had sought the intervention ahead of the state's wolf hunt, which was scheduled to begin Nov. 6.

But after a Dane County judge found on Oct. 22 that the hunt was unconstitutional until the state Department of Natural Resources has issued a permanent rule enforcing state law and has updated its wolf management plan. As a result of the Dane County ruling, the state has issued no permits and has set its fall wolf hunt quota at zero.

After a full day of testimony on Friday, federal Judge James Peterson said he would take the arguments under advisement, but he declined to issue an injunction while the state-level injunction is in place.

Because Peterson took no new action, aspects of the Nov. 6 hunt are still up in the air.

Gussie Lord, an attorney for Earth Justice, which is representing the Ojibwe tribes, said the DNR declined to answer a question from Peterson on Friday about whether it plans to appeal.

The Native American tribes sought the intervention of a federal judge before that ruling came down. They argued in court that the hunt should be blocked on other legal grounds — namely, that Wisconsin's February hunt did serious damage to the state's wolf population when hunters reported killing 218 wolves, well in excess of the DNR's quota of 119. The tribes say that permitting the hunt to move forward would do irreparable harm to the population.

Lord said she was encouraged by Friday's hearing, and the federal case will proceed on its own merits even in the absence of a decision about the injunction.

"Because of the fast moving and, you know, potentially quickly changing nature of the state litigation, (Peterson) wanted to hear our arguments and have those on the record in the event that he does need to issue a preliminary injunction order quickly," Lord said.

Lord said one major issue is that the number of wolves in Wisconsin is itself disputed.

"Nobody knows where the state's wolf population is today because the result of the state's botched hunt in February was that the DNR couldn't get a reliable population assessment," Lord said. "Certainly our position is that it's not time for another hunt in the same year, the first year of the species taken off the endangered species list."

The issue of whether wolves should be hunted in Wisconsin has been the subject of bitter dispute for years. The Trump administration in 2020 removed endangered species protections for gray wolves, following years of activism by Northwoods residents who said the growing number of wolves in northern Wisconsin posed a threat to livestock, pets and even humans. The DNR's 2021 wolf depredation report lists more than 70 confirmed or probable wolf attacks on livestock and pets.

But Native tribes regard the wolf as a brother and say the state has failed to put "adequate safeguards" in place to protect tribes' share of the wolf harvest quota. The tribes claim their right to half the wolves hunted, while harvesting no wolves.

Court documents show the state's Natural Resources Board sought to manipulate quotas in order to reflect the fact that, by law, Wisconsin's Native American tribes can claim half of the wolves the state allows to be hunted.

In an August meeting of the Natural Resources Board excerpted in court documents, Gregory Kazmierski, the board’s vice chair and a Republican appointee, proposed setting the state quota at more than 504 wolves. In the transcript, DNR Secretary Preston Cole calls this an attempt at "gerrymandering" the quota to "nullify the tribal take." In the same meeting, Republican appointee Terry Hilgenberg said "we know how the tribes are" and said his view was that the state should set a high quota because tribes would not harvest any wolves, according to court documents.

Board chair Fred Prehn, a Republican appointee whose term expired in May but who has refused to step down, suggested a quota of 300 wolves, also on the assumption that it would mean the real number of wolves harvested would be half that number.

The board ultimately recommended a quota of 300 wolves. In an unprecedented move, in early October, the DNR rejected that recommendation, setting its quota at 130 wolves.

That quota is now at zero, following the circuit court judge’s ruling.

Hunting advocates point out that state law permits a wolf hunt to take place any time between November and February, which means the hunt would go forward if the DNR issues a permanent rule to permit it or if the Dane County judge's injunction is overturned.

The state Department of Justice hasn't said whether it will appeal the circuit court ruling.

Luke Hilgemann, director of the Kansas-based advocacy group Hunter Nation, told PBS Wisconsin's "Here and Now" on Friday that he finds the Dane County judge's decision "ridiculous" and called on the state to seek to have it overturned. He also said his group doesn't want to see the wolf population wiped out.

"We believe the wolf is an important part of our ecosystem and plays a responsible role if it’s managed properly," Hilgemann said. "Unfortunately, what we've seen over the last several years as Wisconsin's wolf hunt has been shelved since 2014 is the wolf has expanded its territory."