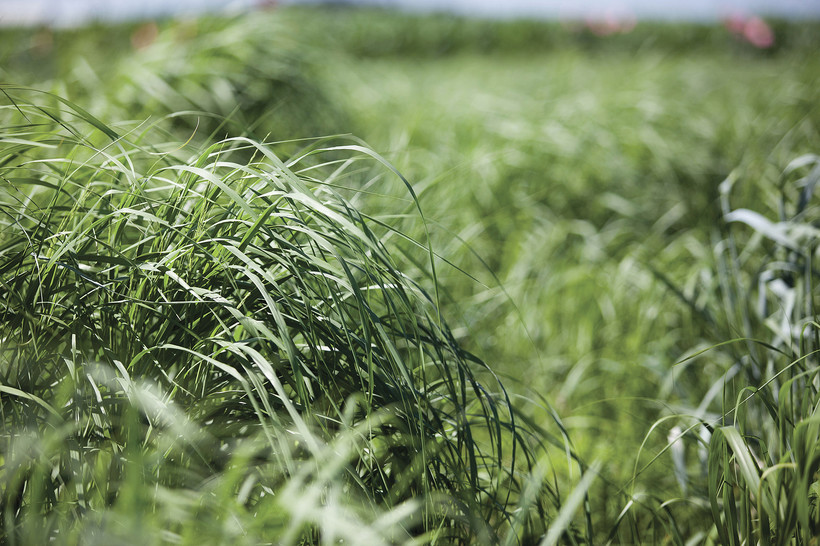 A plot of switchgrass grows in the Great Lake Bioenergy Research Center’s fields at the Arlington Agricultural Research Station in Arlington, Wisconsin.

UW Scientists Will Focus On Different Fuel Sources This Time Around
By Chuck Quirmbach
Share:

Bioenergy researchers at the University of Wisconsin-Madison will receive federal money for another five years. This time the scientists will shift their work away from focusing on using crops grown on agricultural land to create fuel.

The Great Lakes Bioenergy Research Center (GLBRC) has been chosen by the U.S. Department of Energy for a third, five-year grant, according to the center. The amount received will depend on future federal budgets, but university officials say they hope the annual figure will remain around $25 million.

GLBRC Director Tim Donohue said researchers will no longer be working on making fuels from residue of food crops such as corn, but will instead focus on using plants found on so-called marginal land to create sustainable alternatives to transportation fuels and products from petroleum.

"Marginal land is land that's fertile enough to grow native prairies or other energy crops like poplar, or switchgrass," Donohue said. "It's too hilly to have traditional crops being grown on it."

"There's potency in there, in the sugar stream. The sugar polymers that are different from corn starch — that we have been able to figure out how to dissolve and create sugars, that we can ferment into next generation fuel," Donohue said. Donohue also said biomass waste can be turned into useful chemicals.

Relatively low prices for petroleum-based fuels such as gasoline have held back some interest in bioenergy.  But Donohue said UW researchers will zero in on making specialty fuels that can be burned in several different types of engines.

The center was established in 2007 by the Biological and Environmental Research program in the DOE's Office of Science. The center is based at the UW-Madison's Wisconsin Energy Institute and includes a partnership with Michigan State University.