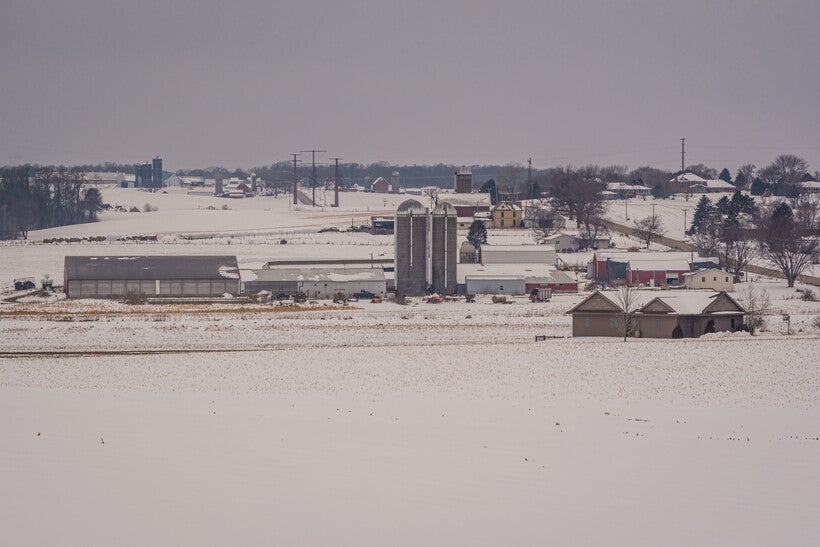 Personal income grew in Wisconsin last year, due in part to federal aid for farmers hurt by increased tariffs.

A new report from Pew Charitable Trusts found many states with agricultural ties saw combined personal income grow at an accelerated rate in 2019.

Overall, Wisconsin saw personal income increase by 2.9 percent in the first three quarters of 2019. That’s ahead of the national growth rate at 2.7 percent.

Other farm states saw even larger increases last year. The report found Iowa had the fastest personal income growth in 2019, coming in at 4.6 percent.

Iowa farmers have also received the most dollars from the federal Market Facilitation Program (MFP), a subsidy for farmers to make up for retaliatory tariffs on agricultural products from countries like China.

Paul Mitchell, director of the Renk Agribusiness Institute at the University of Wisconsin-Madison, said farmers also saw their income increase in 2019 thanks to crop insurance payments. He said many farmers received indemnity checks in late summer after unfavorable spring weather prevented planting.

"Normally, they would have grown the crop, harvested it and that income from that crop would have come spread over a longer period of time," Mitchell said. "It's as if they all got paid for their crops late in the year when normally that would take place over a 9-month, 10-month period."

"I was talking to a farmer late in the fall ... he was saying it was the first time he made money in the last few years," Mitchell said. "And I have a feeling there's a lot of farms that finally things were improving."

Without the extra payments, Mitchell said farmers likely would have seen flat or declining incomes last year. He said farm income has finally recovered after falling sharply in 2015 and 2016.

"If we would have removed MFP and removed the trade wars, the tariffs, we would have been right around that long-term average," Mitchell said. "It was coming back and recovering, and kind of moving back to equilibrium, if you will."

But Steve Deller, agricultural and applied economics professor at UW-Madison, said MFP payments were not large enough in Wisconsin to impact the broader economy.

"It's partially the relative size of agriculture to the overall state’s economy. In Wisconsin, for example, we didn't get as much farm payments because a lot of those payments were aimed at four particular crops, corn and soybeans primarily," Deller said. "When you take those within the context of the overall size of the economy, they really didn’t have that much of an impact. They helped the farmers that got the payments. But they weren’t big enough to impact the overall economy, except for states like Iowa."

Deller said last year’s boost is part of a slower improvement in the state’s economy in the last few years. He said Wisconsin was not hit as hard in the Great Recession, but the state has seen a very slow recovery.

And the Pew report points out that personal income in most farm states has trailed the national growth rate since the Great Recession.

But Deller said the growth of Wisconsin’s economy has started to pick up in recent years.

He said that trend will likely continue, along with improvements in the farm economy in 2020.