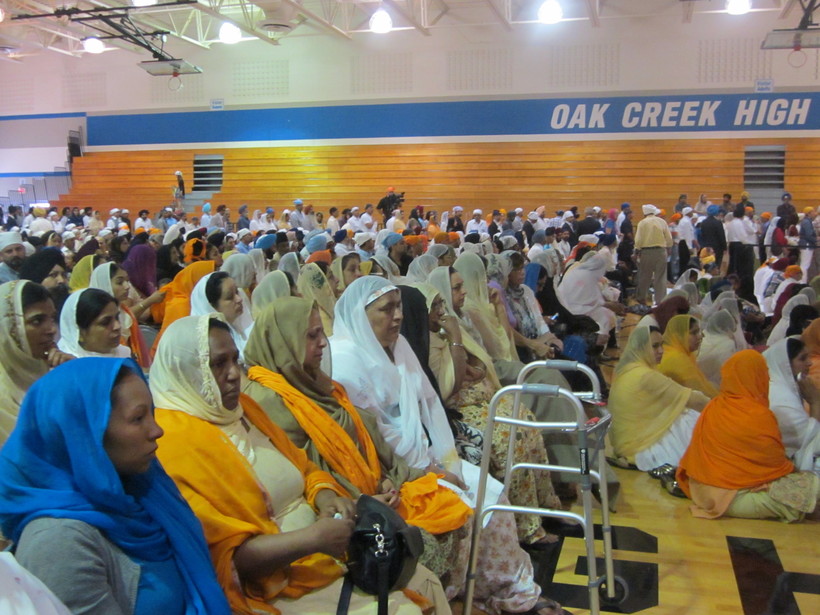 Leaders of the Sikh temple in Oak Creek say they've put in additional security measures. That's even though an FBI report released yesterday concludes that the man who killed a half-dozen people at the temple in August acted alone.

Wade Michael Page was a white supremacist, but the FBI says after investigating 200 leads and conducting 300 interviews, the agency believes no white supremacist group helped or directed Page when he killed six people, and wounded four others, including a police officer. Page killed himself after another officer wounded him. Kanwargit Singh Bajwa serves on the board of the Oak Creek temple. He says in some ways it's better to hear that Page did not have a network of people behind him, "Since there was no organization, he had no link."

The FBI also says there's no evidence to suggest the Oak Creek attack was part of any ongoing threat to the Sikh community. Bahjwa says there has been at least one other possible threat to the Sikhs in the U.S. in recent weeks, and national Sikh groups have called for better record-keeping of incidents. Bahjwa says the Oak Creek temple has added security.

Bajwa says the Sikhs are fairly satisfied with the FBI's investigation. The bureau says it will continue to work with temple leaders and local law enforcement, to keep the community safe.