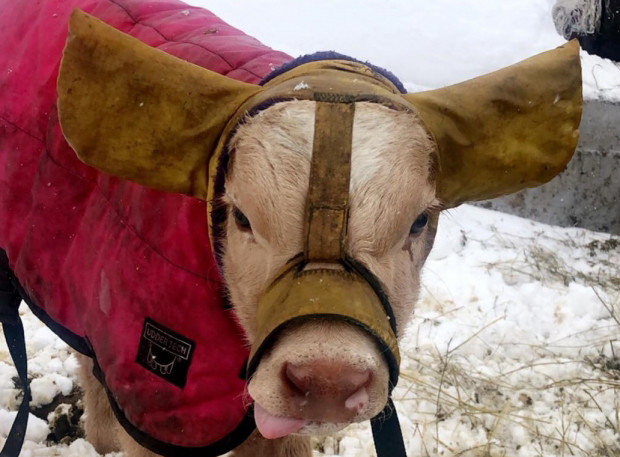 Farmers Use Custom Ear Muffs To Protect Calves From Cold

Some farmers are trying to protect their livestock this winter using Moo Muffs, adjustable earmuffs made specifically for calves.

"They're made of fleece, and then they're lined with a nylon. They pretty much, I don't want to say (are) waterproof, but (are) water repellent," Poad said.

Poad said she has sold 1,000 Moo Muffs since springtime. She said the calves can move and eat freely while wearing them.

"They don't even act like they know that they're on. They're not like trying to rub their head on stuff or get them off," Poad said. "I put them on when they're, you know, within an hour old, so they really don't even pay any attention to them."

She said newborn calves can especially benefit from the extra ear protection.

"A cow tends to like lick their calf off a lot, so it's good then. When the cow's licking on them, they won't get wet and stay wet," Poad said.

Poad and her aunt first made pairs of Moo Muffs on their own, but she said demand has skyrocketed. Now, they’re working with distributors to increase production. 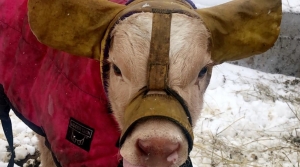 We talk to a farmer in Lone Rock who solved the problem of calves with cold ears and later created a small business around the idea.