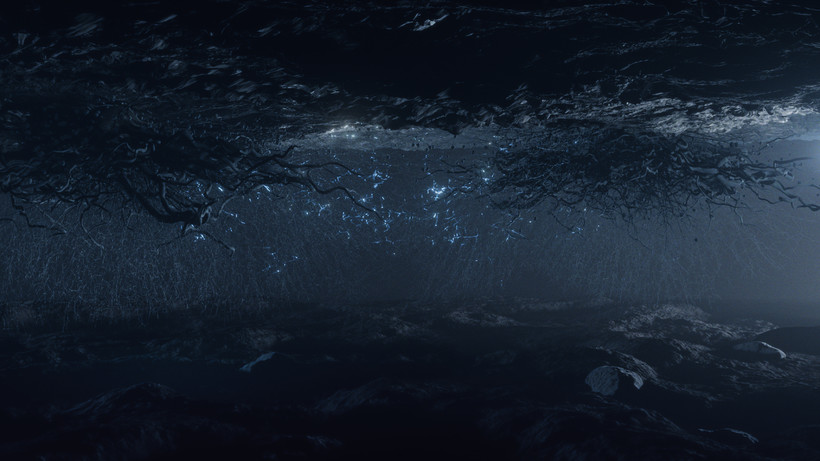 'Fantastic Fungi' And How To Film Them

Filmmaker Louie Schwartzberg On Why We Need To Be In Awe Of Mushrooms
By Mark Riechers
Share:

Louie Schwartzberg is on a journey to the center of life on Earth. The filmmaker started with time-lapse photography of flowers, which led him to bees and their role pollinating crops to seeds and plant-based food. That got him interested in agriculture and what creates rich, healthy nutrients for plant life — fungi.

"I'm always just kind of going deeper and deeper into the mystery what creates life on Earth," he said.

The film aims to use the visual wonder inspired by fungi "to raise consciousness" about the amazing resource mushrooms represent to us as a species.

Visual storytelling at mushroom speed and scale presents a few obstacles. Like, how do you see the things that go unseen, either because their movements are too slow or too microscopic for us to detect?

Schwartzberg and his team have come up with creative solutions, starting with especially meticulous time-lapse photography that involves growing mushrooms on set, under the careful eye of art directors composing the shot and mycologists who can predict where and how mushrooms will bloom.

He said mushrooms need to be "happy" to be predictable actors — they need the right amount of light and nutrients, with absolutely no disease. And even the perfect mushroom isn't always camera ready.

"You don't know what it's going to look like when it finally pops up out of the ground," he said. "How are you going to illuminate it in a beautiful way? And then there's the whole technology of cinematography and motion control. There's a million things that can go wrong — (and if it does), the whole shot is ruined."

Given the care involved, Schwartzberg doesn't like to play favorites in terms of which mushrooms make for the most compelling filmmaking, but he does think the turkey tail, Trametes versicolor, stands out just because over time it grows differently than any other mushroom he observed. 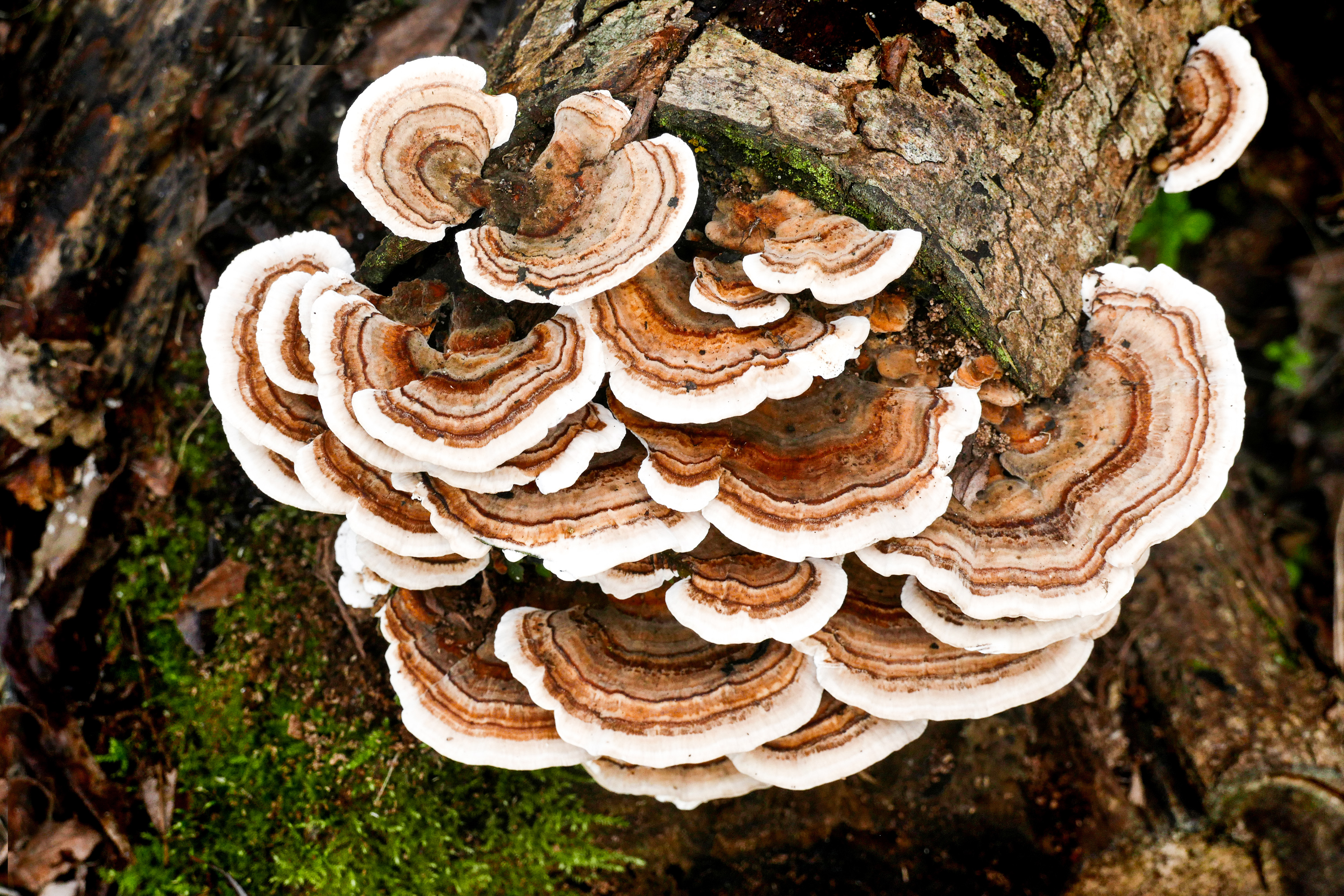 "When you see it in timelapse, it's even hard to discern that it's growing. It doesn't really pop up and grow like a typical mushroom, it had this edge that kept on evolving. It's just sort of enlarging itself — very furry and fuzzy," Schwartzberg said. "It just kept on evolving a new ridge on the outer edge, all the time."

Truly endless fungi can't be re-created on set — they can't even be seen above ground.

The mycelium network — the tendriled, sprawling underground connective network that branches beneath the mushrooms that flower on the surface — can reach for hundreds, sometimes thousands of acres underground in every direction. Its vast invisibility called for more inventive cinematography — scanning electron microscopes mapped a reference image of the underground network, which could be used as a reference for 3D animation of mycelium on screen. 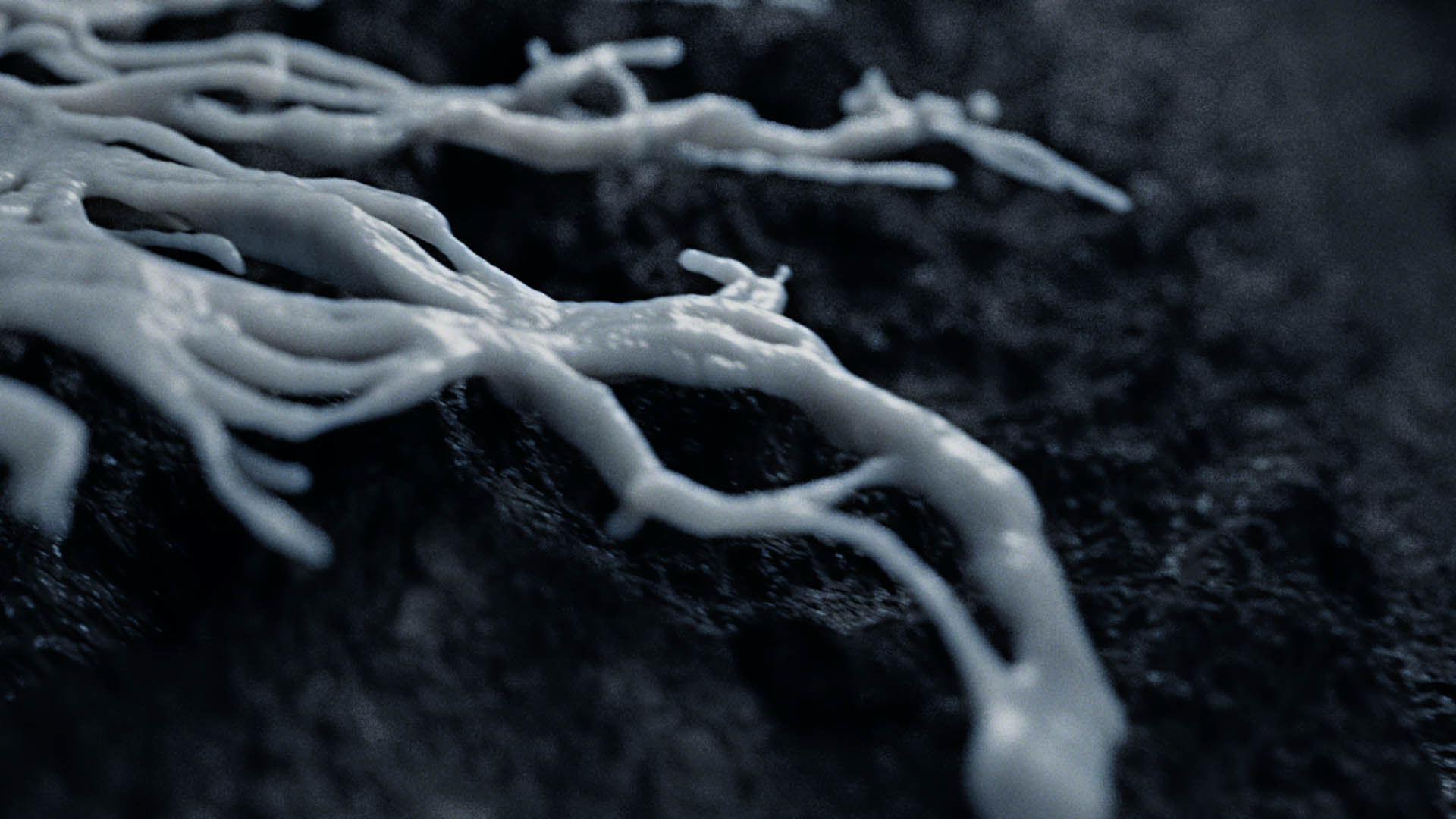 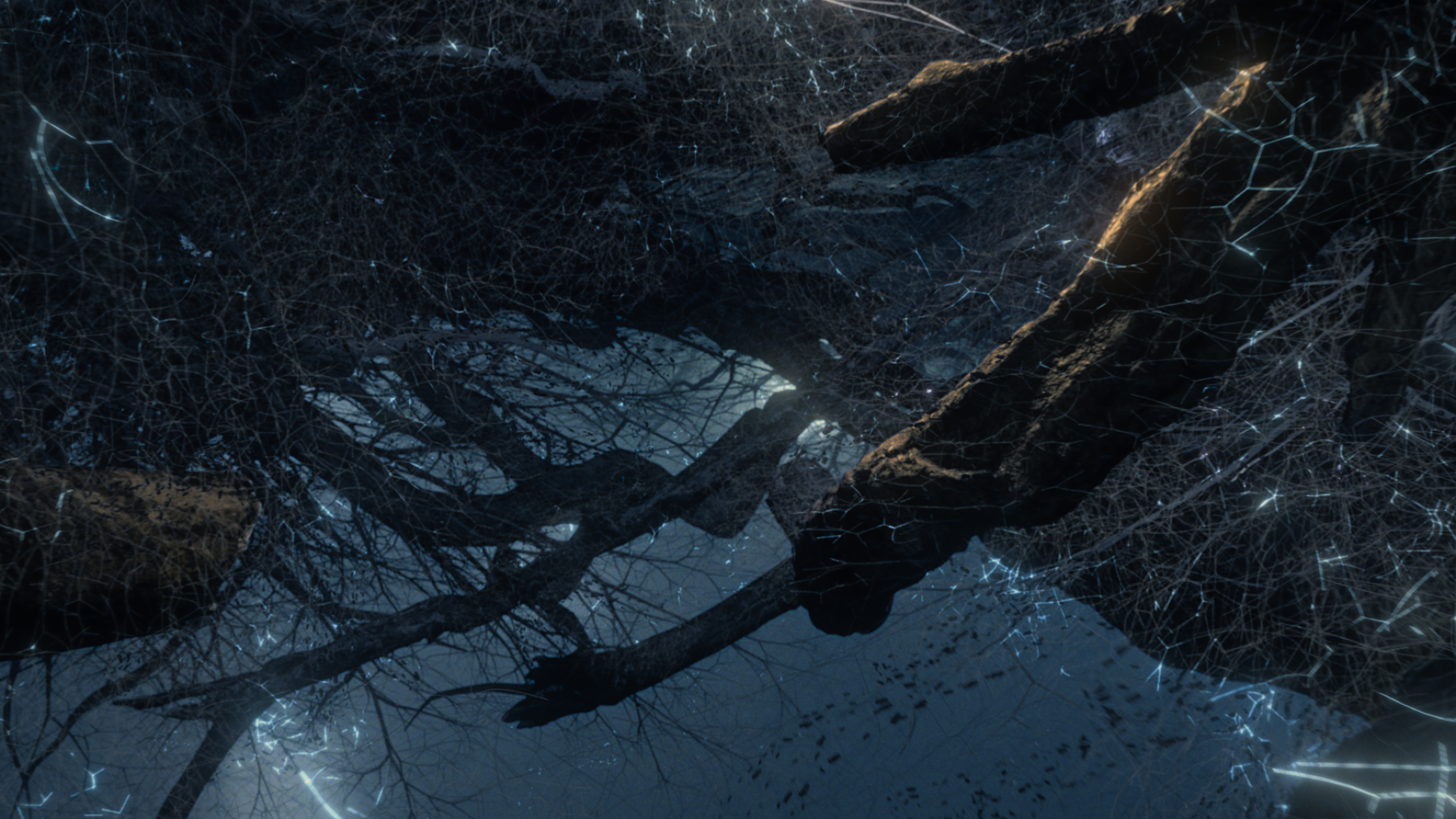 "It's based on hardcore science," Schwartzberg said. "How can I show you one tree communicating to another tree under the ground in the mycelium network? How can I show how a carbon molecule goes into a leaf, down the trunk of a tree, into the root system and into the mycelium network as one continuous point of view shot? I want to show that as part of my storytelling, and therefore use the tools required to make that happen."

Illustrating the wonder of the mycelium network was the most important thing to get right in producing the film. That's where the viewers can see the real magic of fungi.

"They sequester carbon under the ground in a symbiotic relationship with plants and trees," Schwartzberg said. "A CO2 (carbon dioxide) molecule goes into a leaf, and oxygen is released as the trees breathe. And the carbon goes into the branches and down in the trunk of the tree, to the roots."

At the roots, the mycelium network traffics carbon throughout the soil, locking it in until a new plant needs it to grow.

"We say that soil is alive; soil doesn't do it," Schwartzberg said. "It's more the stuff that is in the soil that does it — bacteria, the microscopic microbes, the mycelium. That's within the soil. That's what captures CO2." 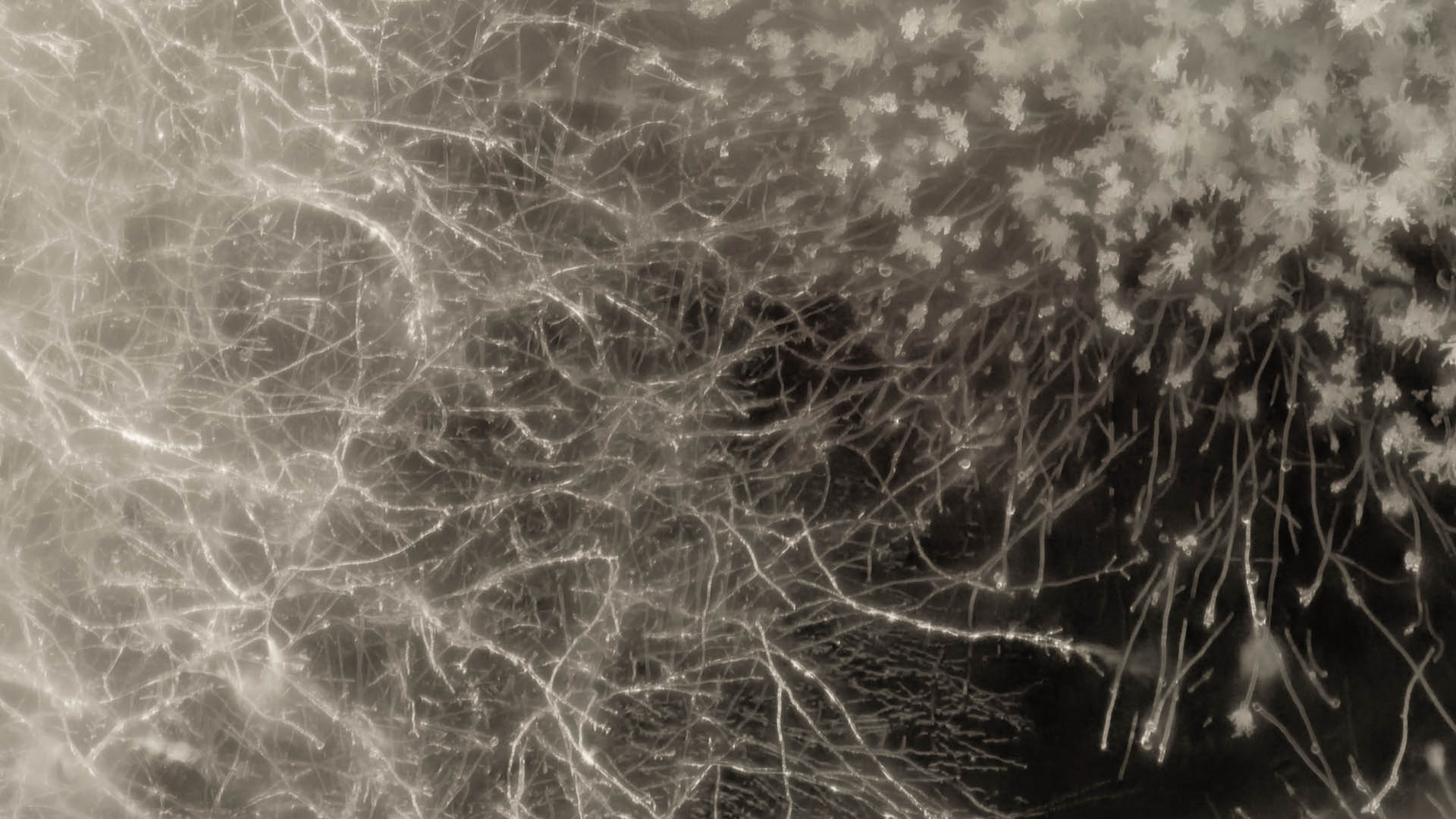 But more than that, the mycelium illustrates that community is an evolutionary adaptation.

"A giant takeaway that I got from making the movie is that community is nature's way of survival," Schwartzberg said. "It's nature's operating instructions. It's a blueprint under the ground that we could model not only from a biological perspective but a sociological and cultural perspective. We have a shared economy under the ground that's not based on greed, but based on the idea that everybody benefits when ecosystems flourish."

Schwartzberg isn't certain of what political system could explicitly be modeled on the ecology of mushrooms, but he sees poetry in how they've survived in their millennia on this planet.

Work on the film began 13 years ago. Since then, "Fantastic Fungi" has been supported by a Kickstarter campaign, and made its debut to audiences at the 2019 Maui Film Festival. The film is now available for on-demand viewing.