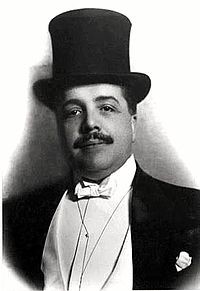 In October 1928 Russian Ballet director Serge Diaghilev wanted the famous Vaslav Nijinsky to endorse dancer Serge Lifar, and he went to great lengths to get a little praise.

An advantage: Diaghilev and Nijinsky had been lovers. A disadvantage: Nijinksky had suffered a nervous breakdown back in 1919 and had been in and out of institutions ever since. But as one of Diaghilev’s friends said of him, “He likes people to admire his musicians, his painters, and particularly, his boys and girls of the ballet company. And he doesn’t really care if the admirer is the Bey of Tunis or an insane genius.”

Diaghilev found Nijinsky in a sanitorium on the outskirts of Paris. The small, bald, grayish little man with expressionless eyes was hardly the image of a heroic dancer. Nijinsky said nothing. When Diaghilev, Nijinksky, and their coterie arrived at the Paris Opéra, a crowd of ballet company members met them at the stage door. When they got inside, Nijinsky resisted walking upstairs to the director’s box, so he was carried up in a hand-chair. Stravinsky’s Firebird had already begun, so the theater was too dark for more than a few to see the arrival of the great dancer.

Diaghilev stood behind Nijinsky’s seat, whispering in his ear as the ballet legend took in the dancing, seemingly the first time he had focused on anything all evening. “Tell me, tell me,” Diaghilev whispered, “how do you like Lifar? Isn’t he magnificent?” He tweaked his ear and poked him in the shoulder without getting any reaction until a pinch prompted Nijinsky to mumble some word of protest.

After the ballet Nijinsky was swallowed up by an admiring crowd, so it wasn’t until the drive back to the sanitorium that he had a chance to offer the much-sought endorsement. On the way to the gate the pale dancer, now “limp as an oyster,” turned and gave Diaghilev all he was going to get. In a soft, halting voice he said, “Tell him that Lifar jumps well.”