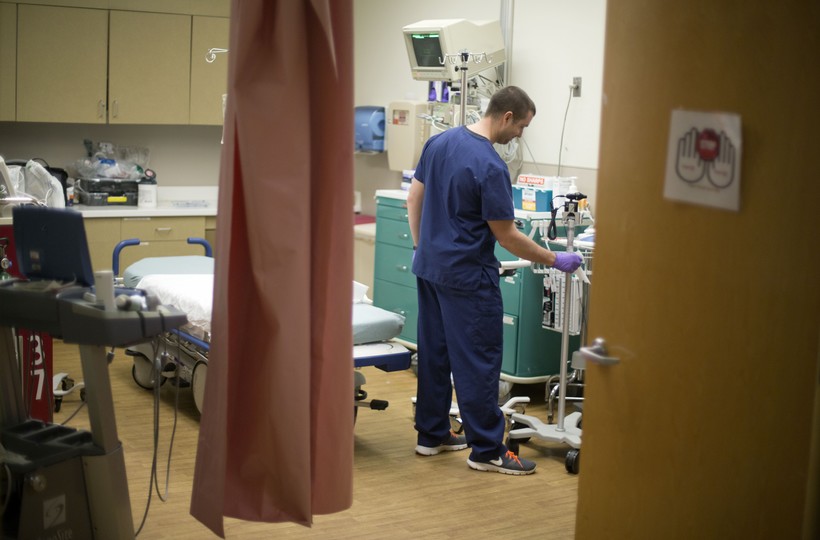 Issue Has Risen To Forefront In Wisconsin's Race For Governor
By Shawn Johnson
Share:

Health care experts say a state bill being touted by Gov. Scott Walker as a way to insure people with pre-existing conditions would fall well short of the protections provided in the federal Affordable Care Act Walker is trying to overturn.

Walker has used the bill in his re-election campaign as a way to hit back against Democratic opponent Tony Evers, who has made Walker's opposition to the ACA a prominent issue in his campaign.

It would prohibit health insurance companies from excluding people from coverage based on a pre-existing condition, a provision of the ACA that polling suggests is especially popular.

But experts say such a state protection is unlikely to work without the other safeguards provided right now by the federal law known as Obamacare.

"It's like trying to replace a dam in a river with a couple of rocks," said Karen Pollitz, a senior fellow at the Kaiser Family Foundation in Washington, D.C. "The bad behavior will just kind of go around the barrier that you put up."

Walker approved Wisconsin's participation in a multi-state lawsuit to try and overturn the ACA. If the lawsuit is successful, Wisconsin Attorney General Brad Schimel has conceded it would end the law's provisions on pre-existing conditions.

It would also mean the elimination of other ACA protections, Pollitz said, like requirements that insurance companies offer major medical coverage as opposed to policies that might only cover a few doctor's office visits per year. And it would also eliminate federal subsidies designed to make such plans affordable.

Nadereh Pourat, the associate director of the UCLA Center for Policy Research, said it would also mean insurance companies could once again impose lifetime limits on the most expensive customers, like cancer patients.

"People used to hit the limit and then nobody would insure them anymore," Pourat said.

Pourat and Pollitz say the state bill Walker supports would not prevent those lifetime caps on insurance.

While the issue of health care, and particularly the ACA, have been a staple of United States elections for the past eight years, it's become especially prominent in Wisconsin's governor's race in just the past couple weeks.

The Democratic Governors Association ran an ad featuring a cancer patient attacking Walker. Walker's campaign hit back with an ad featuring Lt. Gov. Rebecca Kleefisch, who is a cancer survivor.

Evers, who is also a cancer survivor, released a digital ad Monday challenging Walker to drop Wisconsin's lawsuit against the ACA if he wants to protect people with pre-existing conditions.

"Scott Walker, if you're watching, I have a challenge for you," Evers said in the ad. "If you want to protect the millions of Wisconsinites with pre-existing conditions, drop Wisconsin from this lawsuit today because actions speak louder than empty political promises."

Speaking to reporters after a campaign event Saturday, Walker was asked why he wouldn't drop the lawsuit if he wants to protect people with pre-existing conditions.

"Because the overall Obamacare is a mess," Walker said. "We need to have an alternative to that. We put one on the table. And that's what it's about."

The bill that Walker supports passed the Assembly earlier this year but never received a vote in the state Senate. Walker said that if the ACA went away immediately, he'd call a special session of the Legislature to pass it.

"They're not the same thing," Pollitz said. "This state bill would put back some of the provisions in the Affordable Care Act, but not all of them."