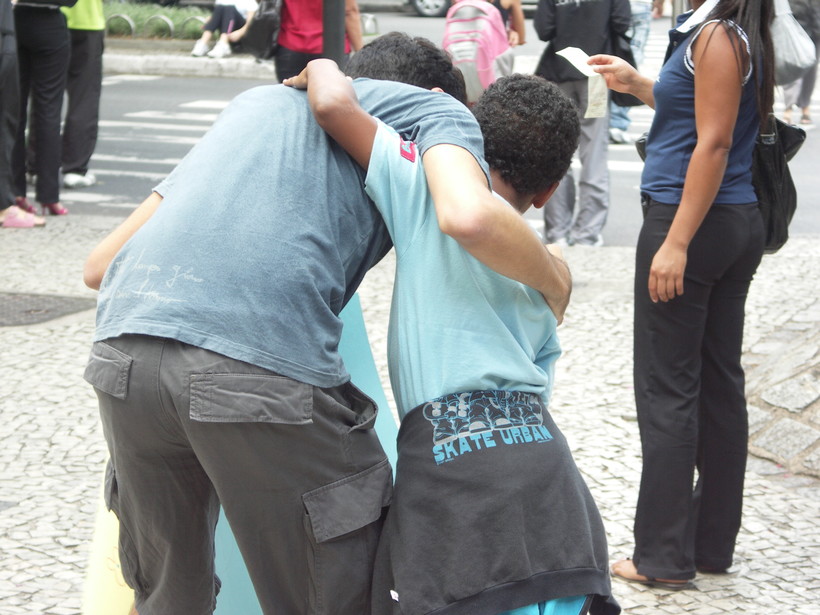 Expert: You Can’t Unlearn Stereotypes But You Can Overcome Them

Is It Possible To Unlearn Unintentional Biased Beliefs?
By Colleen Leahy
Share:

Stereotyping people isn’t a choice so much as a part of our brains, a habit that can’t be shaken, said Patricia Devine, a professor of psychology and the director of the Prejudice and Intergroup Relations Lab at the University of Wisconsin-Madison.

The Implicit Association Test, or IAT, developed by Anthony Greenwald at the University of Washington, has famously illustrated this idea. It’s a test that measures the strength of association between black and white faces and positive and negative information.

Participants in this and similar studies are often taken aback, said Devine, because the test results are at stark odds with their values.

"A lot of people sincerely embrace egalitarian values, but being socialized into our culture, they learn stereotypes very early in childhood, (around) age 3, 4 and 5. They’re firmly ingrained; they’re frequently activated, very well practiced, and they end up being the default, or habitual kind of response," Devine said. "They get activated spontaneously, unintentionally, to the point that people aren’t aware that they get activated."

"And that sets up an interesting predicament for those people. Their values tell them to respond one way, and the spontaneous reactions set them up to actually violate their values," she said.

So having these stereotypes somewhere up in your brain isn’t really a choice. What is a choice is engaging with them.

But is it possible to unlearn these strongly ingrained sets of ideas about particular groups?

"I’m not sure if it’s possible to unlearn them. So for example, I disavow gender bias, race bias, and a lot of other types of biases, but I could generate instantaneously what the stereotypes are," Devine said. "I know I shouldn’t act based on the stereotypes, but it’s not as though my awareness or my knowledge of those stereotypes just goes away."

There is a weak correlation between implicit bias and discriminatory behavior, but Devine’s research and interventions focus more on thought patterns than actual behaviors. She has a set of strategies to help recognize and overcome unintentionally biased thinking.

One strategy is perspective taking. That involves reflecting on the experiences of groups that have been historically stigmatized and may continue to experience stigmatization.

Another strategy is to seek out more contact from stigmatized groups — actually meet and get to know people, Devine said.

There’s also stereotype replacement, in which you identify the situations when stereotypes are most likely to pop into your mind.

"What we say is that you detect it, you reflect about it, you reject it, and then you can replace it with a type of response that is more congenial to your values," she said.

The program affects behaviors, too.

"We’ve done some work the the STEM faculty here at the University of Wisconsin, and what we found is that two years after our intervention, departments that had been offered the intervention compared to control departments were more likely to hire women faculty members," she said.

"A lot of the biases that we see are rather ordinary; they’re these kind of habit reactions," she said. "And I think if people understand that, they may be more understanding of their own internal experience, and they may understand better the experience of others. These associations are learned innocently."