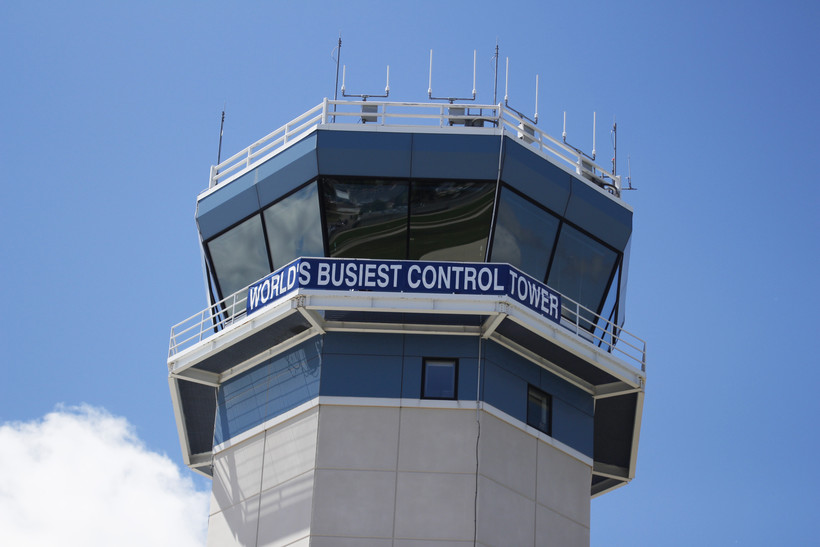 This photo taken Monday, July 24, 2017 shows the tower at Wittman Regional Airport in Oshkosh, Wis. It is the host airport to the Experimental Aircraft Association's annual gathering, AirVenture. The airport becomes the busiest in the world during the week-long event with 10,000 planes expected at the event, according to the Federal Aviation Administration. Carrie Antlfinger/AP Photo

'Everybody In Aviation Certainly Missed It This Year': Planning Underway For EAA AirVenture 2021

Officials from the Experimental Aircraft Association say AirVenture 2021 is on, though it’s still unclear exactly what the world’s largest general aviation event will look like next year.

At its fall meeting in November, the EAA board of directors approved the continued planning of the annual fly-in, which typically draws more than half a million people to Oshkosh. It's scheduled for July 26-Aug. 1, 2021.

Dick Knapinski, EAA’s director of communications, said the organization is working with health officials to craft plans for everything from a full event, to one that requires physical distancing or possibly closing off sections of the grounds.

"We do have to be cognizant of the world out there and take into consideration and be ready for whatever eventually might come our way,” Knapinski said.

While the scale of the 2021 event is still up in the air, EAA has already made plans to bring in some attractions that were scheduled to appear at AirVenture 2020, before it was canceled in May.

That includes a salute to humanitarian aviation, which will feature the Orbis Flying Eye Hospital. Formerly a FedEx cargo plane, the aircraft has been converted into a state-of-the-art ophthalmic hospital that travels to developing countries across the globe. While EAA was planning to honor humanitarian aviation in 2020, it could take on additional meaning next year, Knapinski said. 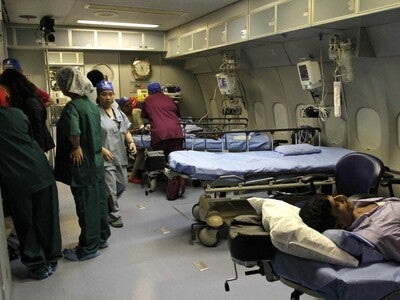 "It does have the added bonus to salute the health care professionals who have had really an incredible nine months putting in above and beyond," he said.

In 2020, EAA also planned to celebrate the 75th anniversary of the end of World War II. Instead, the organization will commemorate the anniversary in 2021. NASA and the U.S. Air Force have already signed on to participate, Knapinski said.

"We’re starting to put together that schedule and some of the features and attractions and get ready for a show, because everybody in aviation certainly missed it this year," he said.

After the 2020 event was canceled, many ticket holders asked EAA to roll their paid admission to 2021, Knapinski said. Tickets are on sale now for next year’s event. So far, the response has been strong, he said.

Visitors can expect to see some improvements to EAA’s grounds. Aside from the museum, they’re still closed to the public for now, Knapinski said.

"Probably if there’s any bright spot in it, our facilities crew said, ‘Boy, we can catch up on five years of backlogged projects that we’ve been trying to get to,'" he said.

That includes upgrades to internal transportation and parking, Knapinski said.

AirVenture’s reach extends beyond the aviation community. A 2017 study from UW-Oshkosh showed the event has an economic impact of $170 million on the Fox Valley each year.