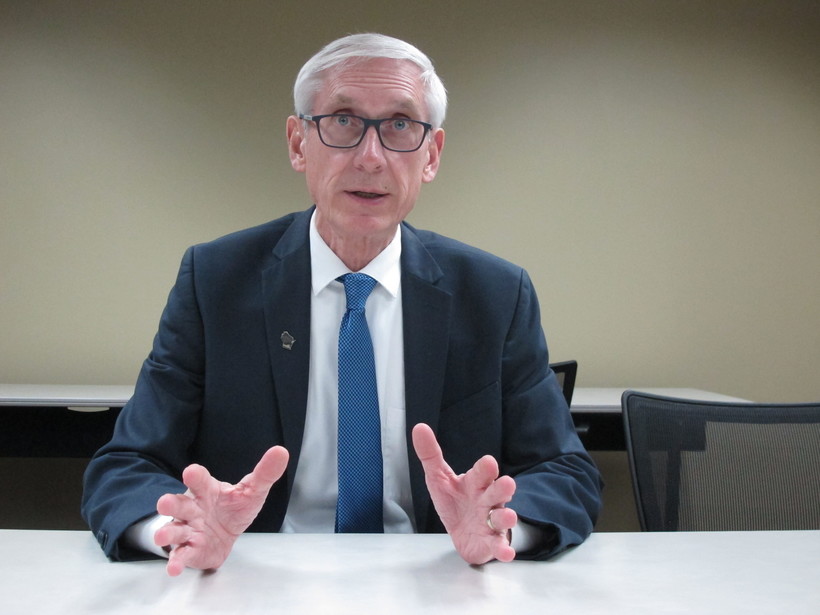 During a luncheon Monday with business leaders of the Greater Milwaukee Committee, Evers spoke about his recent visit to the state's troubled Lincoln Hills juvenile prison. He said he watched the boys play basketball in the gym and what struck him was that despite their crimes, many were just kids.

Evers, a long-time educator and the state’s superintendent for 10 years before being elected governor in November, said his budget proposal will include programs for Wisconsin’s youngest residents, oldest residents, and those who have been incarcerated.

"When people commit crimes that are less serious and nonviolent, they shouldn’t be in prison, they should be getting mental health care or job creation," Evers said. "Many of those young people I talked to at Lincoln Hills, if they had gotten some sort of intervention, we would be in a much better place."

"We have to have good education, good early education," he said, adding that he is planning to have a five-star early childhood program in the state’s poorest zip code, which is located in Milwaukee.

"We absolutely want to have an opportunity for people to be rehabilitated rather than reincarcerated," Evers said.

Evers also reinforced a campaign promise to improve the state's transportation infrastructure, even if it means an increase in the gas tax. The current tax is 32.9 cents per gallon.

He said he would prefer not to increase the tax, but said the state cannot continue to to borrow money.

Wisconsin Department of Transportation Secretary Craig Thompson will be forming a committee to look at "all options," Evers said.

"I wish the train money was still available to the state of Wisconsin, it is not," Ever said, adding that he met with President Donald Trump and he is confident there will be federal money available for transportation.

"I know, for some people, a regional transit approach is toxic," Evers said. "It’s not toxic in my world."

Evers also said he would like a more regional approach to economic development; however, since changes during the recent lame-duck session has moved effective control of the Wisconsin Economic Development Corp. under the state Legislature, his powers are limited.

"I’m hoping some decisions are left to regional economic developers and local staff in the communities," Evers said. "With Foxconn, I think we’ve left some of the rest of the state behind. Clark County, Iron County and Douglas County needs economic development just as much as southeastern Wisconsin. I’m hoping to broaden our base here and accomplish that."

Evers said he is supportive of the massive Foxconn Technology Group development in Racine County and hopes the project succeeds. He said he hopes WEDC and Foxconn are more transparent moving forward.