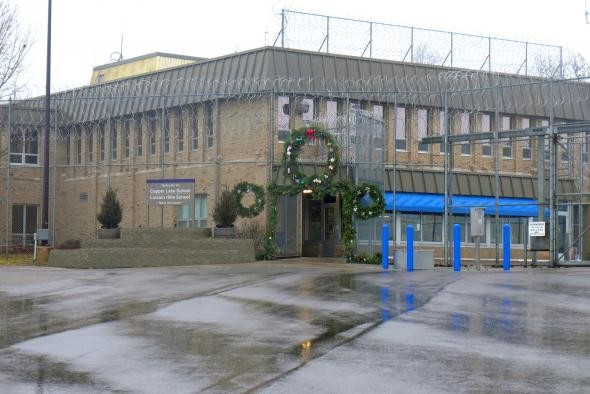 Troubled Youth Prison Is Slated For Closure By January 2021
By Shawn Johnson
Share:

Gov.-elect Tony Evers said he'll visit the troubled Lincoln Hills juvenile prison during his first week in office, a move he said will let people working and serving time there know that he cares about what happens to them.

The visit would stand in sharp contrast to the approach of Gov. Scott Walker, who never visited Lincoln Hills or any other Wisconsin correctional facility during his eight years in office.

Evers' planned trip comes as the state prepares to close the Lincoln Hills School for Boys and Copper Lake School for Girls by January 2021, a timeline established under a law that Walker signed last year. Juveniles there will be transferred to smaller institutions, many of them run by county governments.

"I think the people that work there and young people that are incarcerated there need to know that the governor of Wisconsin cares about what's happening and kind of make them feel comfortable that this change that's going to happen with them is going to be something for the better," Evers said in an interview Wednesday.

As state superintendent of public instruction, Evers served on a committee that has been studying Wisconsin's juvenile corrections policy. He said his work there shaped his views on the budget for the youth corrections overhaul.

"It's my observation that the amount of money that was allocated by the Legislature and the governor will likely not be enough," Evers said. "So we're going to have to find ways to make that happen because we're committed to making this change."

As the law stands right now, the state is authorized to borrow up to $80 million to build smaller state- and county-run facilities to replace Lincoln Hills, a facility that for years has faced allegations of inmate abuse and neglect.

Evers said he would visit other prisons later in his term and would not rule out building a new prison to replace the more than century-old Green Bay Correctional Institution. He said the key would be changing Wisconsin's laws to put more emphasis on rehabilitation than on locking people up.

"I think there's some momentum to do something there, but we have to view that in context," Evers said. "Before we turn around and build something, we need to make sure that we're on the right trajectory — that we're changing the way we look at corrections."

Evers said he thought lawmakers from both parties would be willing to work on corrections reform.

"I think once the dust has settled and legislators start thinking through this more carefully, I think we are going to be able to make some progress," Evers said. "Whether it's this first biennium or not, I don't know. But the country is tracking in that direction, and I believe that Wisconsin will follow."