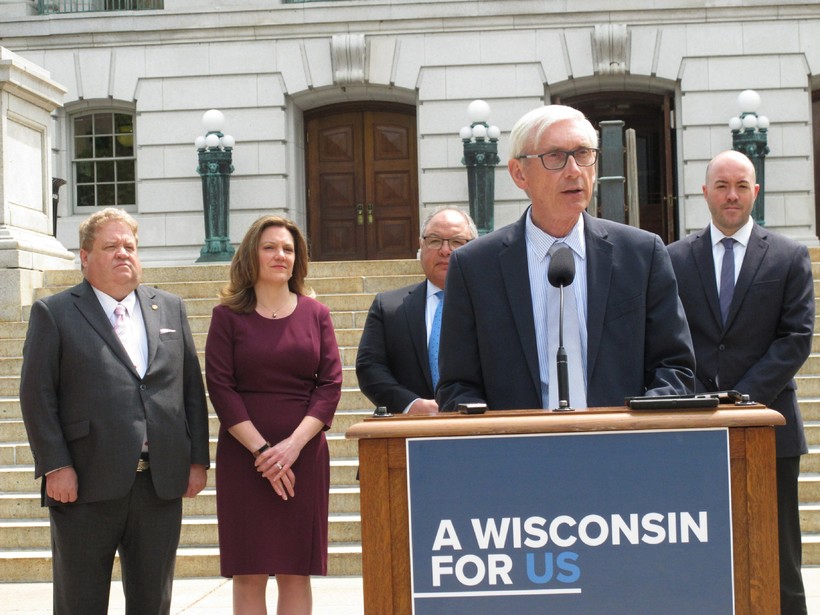 Gov. Tony Evers announced a new partnership Monday between his administration and groups working to get people health insurance.

Flanked by members of the groups Covering Wisconsin and Kids Forward at a state Capitol news conference, Evers talked about using resources from the Office of the Insurance Commissioner and state Department of Health Services to help people connect with BadgerCare, private insurance sold on the Affordable Care Act marketplace and coverage offered at work.

"We’re taking this opportunity to expand outreach on our own," Evers said. "Clearly I can’t imagine the Legislature or the leaders in the Legislature are going to oppose us working together to make sure everyone can find their place in the health care world." 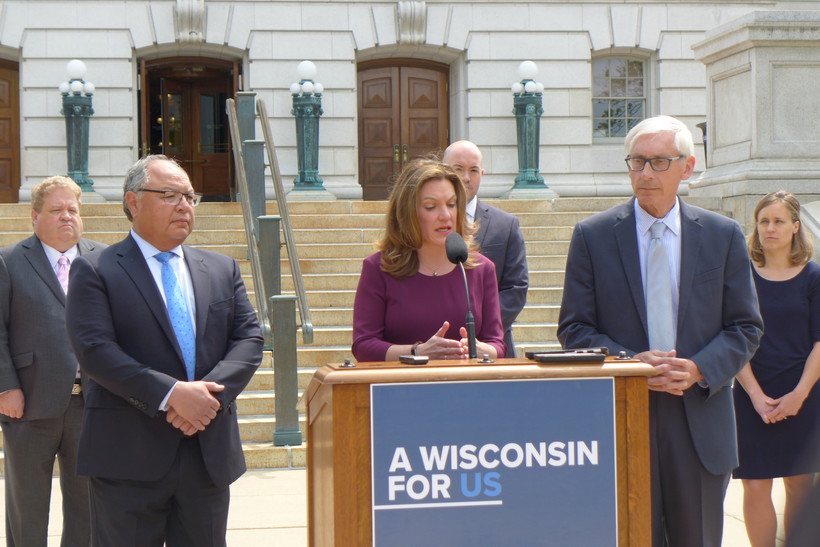 There are 290,000 people in Wisconsin who lack health coverage, said DHS Secretary Andrea Palm. Some qualify for marketplace subsidies and could buy private insurance through the ACA. Others are eligible for BadgerCare. But they can lose BadgerCare coverage as their income goes up. And they may not seek or know about alternatives.

"We need to talk with those folks about what kinds of resources might be necessary, what’s already available to double down on the work that needs to be done to improve enrollment in both the marketplace and BadgerCare," Palm said Monday.

Commissioner of Insurance Mark Afable said education will be a major part of their initiative to get more people health coverage, with focus on those between 100 percent and 200 percent of the federal poverty level. People under 100 percent of poverty are already covered by BadgerCare.

The effort comes a day before the Legislature’s budget-writing committee is scheduled to take up Evers' budget for DHS. It originally included the governor's plan to accept a federal expansion of Medicaid, but Republicans removed it from the budget last month.

Under that proposal, the state would expand BadgerCare coverage to people who earn up to 138 percent of the federal poverty level. Evers said Monday he will continue to push for Medicaid expansion despite GOP opposition.