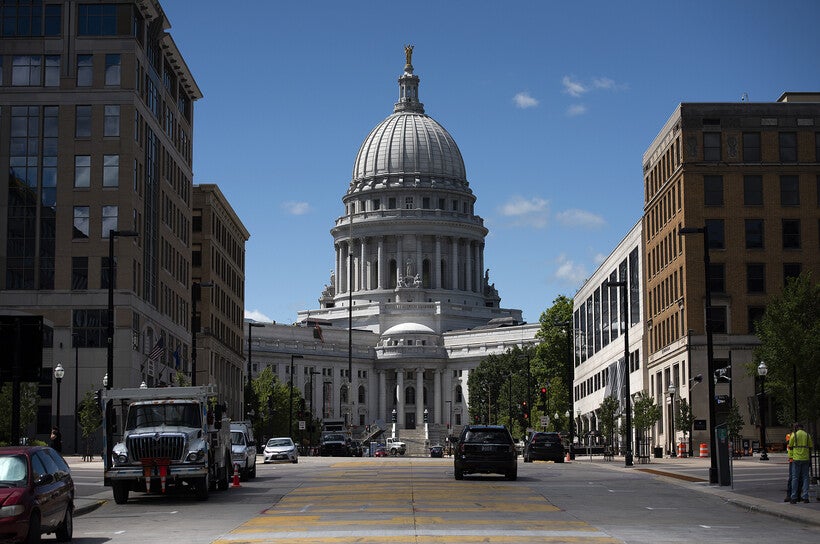 Gov. Tony Evers unveiled a new measure aimed at addressing the COVID-19 pandemic Tuesday as cases continued to climb and the state set a new single-day record for deaths.

And while a top Republican lawmaker said he was willing to work with the governor, there were fresh signs that divisions in state government remain deep eight months after the Legislature last passed a bill to respond to the coronavirus.

Evers' latest proposal includes a wide variety of provisions, from a potential ban on evictions to help for unemployed workers, to a requirement that health plans provide coverage for testing and treatment related to COVID-19.

Republicans who run state government have previously supported similar elements of the plan, but they signaled that others were likely non-starters. For now, it's the newest and possibly the only concrete proposal on the table.

"We did not draft a bill," Assembly Speaker Robin Vos, R-Rochester, told reporters at a press conference Tuesday to discuss COVID-19. "We do not have specific drafted proposals because our intention was to sit down with the governor and actually talk about our ideas."

Bill Addresses Range Of Issues, From Testing To Unemployment Benefits

The governor's plan would let the state Department of Health Services issue an order prohibiting eviction or foreclosure actions for any period of time before Jan. 1, 2022.

It would fund community testing, contact tracing, vaccinations and public awareness related to COVID-19, although the exact amount of state funding would vary greatly depending on whether the federal government extends its funding.

Evers' plan would prevent insurers from capping coverage on prescription drugs that expired earlier this year.

Schools would no longer have to complete state assessments and report cards for the current school year under the governor's plan.

Evers would also extend a suspension of the state's work search requirement when it comes to unemployment benefits. GOP lawmakers added that requirement during Gov. Scott Walker's administration, but agreed to temporarily waive it earlier this year.

The governor's plan would let state entities waive any requirement that people make in-person appearances through Dec. 31, 2021 if enforcing the requirement would increase the risk to public health.

State agencies and local governments would also be allowed to waive any interest or penalties that are due for people who are in debt.

The governor's plan would also provide grants to small businesses through the state Department of Revenue.

Vos said he didn't want to declare any of the governor's plans dead on arrival. However, he made it clear that provisions on evictions and state spending faced an uphill climb.

"I think it's very unlikely that we are going to say that you don't have to pay your rent until sometime in 2021," Vos said. "That wouldn't be good for our economy."

Policy aside, the unveiling of the governor's proposals didn't portend bipartisan harmony.

Shortly before noon, Vos' office scheduled a press conference for 2 p.m. about "new legislative initiatives to help slow the spread of COVID-19."

About 15 minutes later, Evers office shared the governor's proposal with the press.

Evers' office also shared an email sent to GOP leaders and their chiefs of staff Monday night. That message included a draft of the governor's plans and a request to meet with Republicans on Wednesday.

According to the governor's office, GOP leaders hadn't responded to the email.

"It’s shameful that Republicans are watching our state face an unprecedented crisis and would rather continue playing politics than work with the governor to do what’s best for the people of our state," said Evers spokesperson Britt Cudaback.

Vos said the public wouldn't care about the details of when leaders meet and would instead focus on the results of what they negotiate. But so far in 2020, Evers and Republicans have agreed on very little.

Republicans sued the governor in April in the state Supreme Court case that struck down his administration's "Safer at Home" order. They also filed a brief in support of a lawsuit that challenged the governor's statewide mask mandate.

In April, their lawyers told the Supreme Court that Republicans were drafting legislation to respond to the pandemic, but as of Tuesday, they had yet to produce any bills.