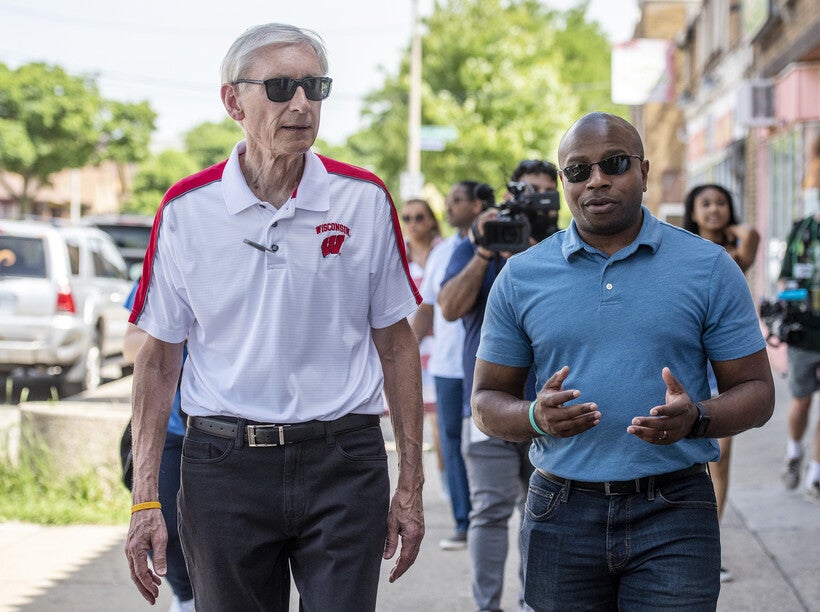 The Democratic governor's campaign said it has $7.6M on hand ahead of general election
By Rob Mentzer
Share:

Gov. Tony Evers has raised more than $10 million in campaign funds so far this year, the campaign said.

It's nearly twice as much as former Gov. Scott Walker had raised at this point in the 2018 cycle, and a sign of what will likely be a campaign with record spending on both sides. The deadline for campaigns to report their fundraising totals for the first six months of the year is Sunday. Evers’ campaign announced its figure early, and campaign manager Cassi Fenili said in a statement that the "record-breaking fundraising report shows the overwhelming grassroots support Gov. Evers has earned."

Republicans will decide Evers’ opponent in the Aug. 9 statewide primary. In the last Marquette University Law School poll, construction executive Tim Michels was virtually tied with former Lt. Gov. Rebecca Kleefisch. Both of those campaigns have spent heavily on television ads for the primary, including a recent attack ad by Kleefisch against Michels.

The contested primary on the GOP side has left Evers free to spend on campaign messages that tout his record on popular issues, and to amass cash for the general election.

Evers, a Democrat, faces a difficult reelection bid amid low approval ratings for Democratic President Joe Biden and persistent concerns about inflation from many Americans. Historical trends also show that members of the president’s party often lose ground in the first midterm election of the term.

Partisan political groups have been spending heavily in the state, where Republicans are targeting the governorship and Democrats are seeking to defeat Republican U.S. Sen. Ron Johnson's re-election campaign. This month, the Wisconsin Democracy Campaign reported that outside groups have already spent more than $27 million in the state, with nearly identical spending numbers from Democratic- and Republican-aligned groups.

Evers was elected by a margin of just over 1 percent in 2018. The polling aggregator and modeler FiveThirtyEight.com says Wisconsin leans Democratic in the governor’s race. However, the site only matches Evers to Republican Rebecca Kleefisch and does not forecast his chances against Michels.

The Evers campaign has $7.6 million cash on hand and has raised in total more than $20 million for his re-election campaign, according to the campaign.