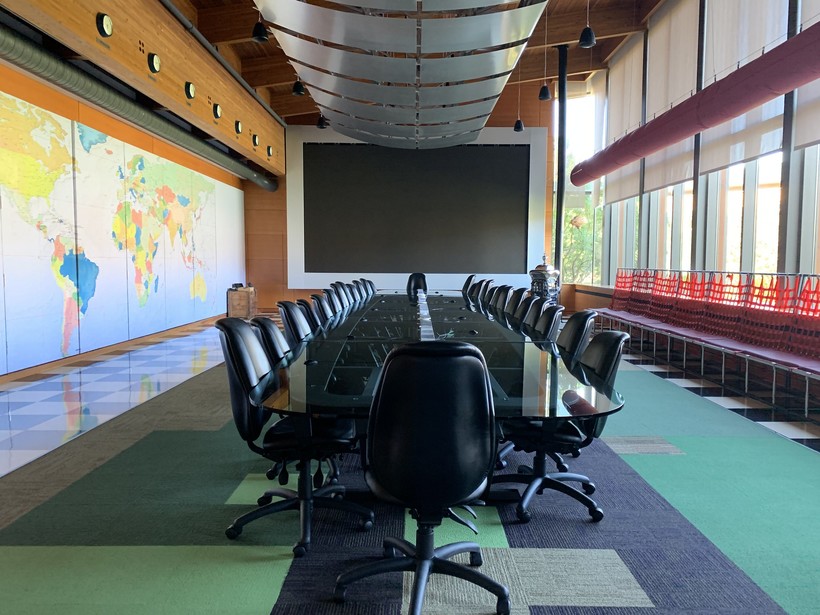 Epic Systems, a multibillion-dollar, health care records company based in Verona, is now allowing its thousands of employees the option to continue working from home through the end of 2020, according to an email sent to employees Wednesday.

The move is a reversal from a plan that would have begun a phased return to in-person work for many of the company's approximately 10,000 employees on Monday. It comes after many employees publicly pushed back against the plan over concerns it was arbitrary and could jeopardize their health and the health of the community during the COVID-19 pandemic, and after an inquiry from Public Health Madison and Dane County.

In the email sent to Epic staff obtained by WPR, CEO Judy Faulkner said employees now have the option to continue working from home in the Madison-area until "at least the New Year." Faulkner noted that some employees may need to work on-campus to support certain projects and said that employees would receive at least four weeks notice prior to being asked to return to campus in 2021.

"This novel disease is challenging. Infectious disease consultants told us that many companies, like ours, have had to revise their plans multiple times," Faulkner said in the email. "We appreciate the constructive feedback from many of you."

Noah, a current Epic employee who agreed to speak to WPR on the condition only his first name is used, said that overwhelmingly his first reaction was a feeling of relief.

"I think this isn't a hard decision to make, which is part of why it was so frustrating that it took so long for them to make it," Noah said. "I personally am just very relieved that I'm not going to be in a position where I have to chose between my job and my health."

He also noted concerns about public health and Epic's responsibility to the broader Madison area.

"I was definitely worried about the health of the community, about the people I see in my neighborhood, or at the grocery store, places like that," Noah said.

Evelyn, another current employee at Epic who agreed to speak to WPR on the condition that she is identified only by her middle name, didn't mince words when she spoke about her feelings about Epic management.

"I have lost my confidence and trust that they have my best interest, or their employees' best interests, or even the community's best interest in mind," she said. "Because again, they're doing what is legally required of them. It's not that they are going out of their way to make this easier."

Evelyn said she has a health condition that makes her concerned about returning to in-person work, and thinks employees should continue working from home as long as it's recommended by state and local public health officials.

Management at Epic had previously said it's important for employees to restart in-person work because staff are more productive when working together in-person. In an email from Faulkner to Epic staff sent Aug. 4, she argued that employees who had already returned to on-site work preferred it to working from home.

"For example, they say that when we are at work, we are on the Epic network and connections to the software and to each other are better," Faulkner wrote. "You can shut the office door and focus without distractions, which is not always possible if you live with others or in a noisy environment."

"L" is a former Epic employee who agreed to speak to WPR on the condition that we only identify him by his first initial. L left his position at Epic in early August over his frustrations with how the company was handling its return-to-work policy.

"It's not operating out of an abundance of caution, and when you look at other tech companies and what they did, they all took basically as much time as possible," L said.

He and other current employees raised questions about the company's prior statements that said it had been working closely with local public health officials on its return-to-work plan.

"How have you been working closely with them for months and then all of a sudden find out you had (different definitions of remote work)?" L said.

In a statement from Epic released Thursday, the company reiterated its belief that in-person collaboration is important and said it would continue to monitor how the pandemic is evolving in Dane County.

"We will continue to closely monitor data to guide our decisions, including Dane County public health reports, the impact of (University of Wisconsin) students’ return to campus, and the advice of public health experts," the company said. "For the safety of our staff and our community, we’ll monitor the number and location of people on campus and limit the number if needed."