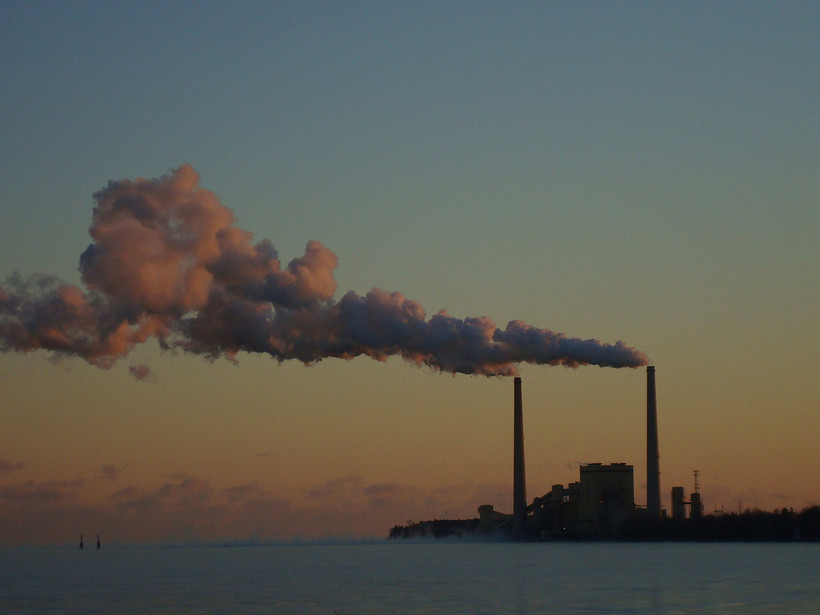 The agency released a final list Tuesday of counties designated as not in attainment of smog regulations. It included lakeshore areas of Kenosha, Door, Manitowoc, Sheboygan, northern Milwaukee and Ozaukee counties. But a preliminary list from last fall included more or all of those counties, and the entire counties of Washington, Waukesha, and Racine.

The Walker administration and state business groups objected to the EPA's original plan. In a statement released Tuesday afternoon, the Wisconsin Department of Natural Resources praised the decision to scale back the designations:

"We are pleased that EPA did take into account the science and data the DNR provided showing that ozone concentrations above the level of the 2015 ozone standard are limited to a narrow strip of land near the Lake Michigan lakeshore and are not meaningfully impacted by in-state emissions.

Wisconsin has significantly lowered source emissions in the state over the years and this scientifically-sound approach is supported by air quality monitoring data and the science, which clearly identifies a narrow shoreline gradient where ozone comes in from elsewhere in the region.

We appreciate EPA’s efforts to consider DNR’s comprehensive technical information and to work cooperatively with states on Clean Air Act issues in a timely manner that will encourage economic growth while protecting the environment."

The EPA revised the ground-level ozone level standard in 2015, establishing a more stringent primary figure of 70 parts per billion. The previous ozone limit, set in 2008, was 75 ppb.

Dona Wininsky of the American Lung Association of Wisconsin told WPR she's concerned about limiting the nonattainment areas to the Lake Michigan shoreline. "That leaves the whole rest of the county and the people living in those counties, who are potentially exposed to ozone," she said.

Wininsky also said she's concerned about Racine County being dropped from the nonattainment designation, given that the planned Foxconn Technology Group manufacturing facility there will emit chemicals linked to ozone formation.

"To have Racine County designated as in attainment, we find both very surprising and very troubling," Wininsky said.

Harmful ozone forms from chemicals in emissions from vehicles and factories, especially on hot, sunny days. High levels of ozone can lead to increased breathing problems, particularly for those suffering from asthma, and other respiratory ailments.

Being listed as nonattainment often means additional restrictions and requirements for businesses in that area.

According to an EPA publication:

Any areas designated as nonattainment for the 2015 ozone standard will need to attain the standard by a date specified in the Clean Air Act. For these areas, this date is likely to be around June 2021. Once any nonattainment designations are effective, the state is required to submit a state implementation plan (SIP) to EPA describing how the state will achieve the standard by the required date. The Clean Air Act specifies the state must take certain actions to do this, including implementing a permitting program,  but also submitting certain emissions inventories and ensuring federally-funded transportation projects and plans conform to the state SIP.

The EPA announcement Tuesday, came as Wisconsin U.S. Rep. Glenn Grothman, R-Glenbeulah, was holding a hearing in Sheboygan related to Sheboygan County's longtime designation of nonattainment for ozone pollution. He argues that even the pared-down list is unfair for the county.

"It is apparent, insofar as Sheboygan has an air problem, that Sheboygan County contributes basically nothing to it. So, it is unfair to punish Sheboygan's employees or employers. There's nothing they can do," Grothman told WPR.

Grothman contends Sheboygan County's relatively high ozone figure is primarily due to a so-called ozone transport issue — pollution blowing north from Milwaukee and the Chicago area and being recorded by a controversial lakeside air pollution monitor at Kohler-Andrae State Park.

Members of the public were not allowed to present formal testimony at the hearing. Afterwards, Sheboygan resident William Burton said he's less concerned about placement of the monitor, adding, "What is important, is to measure what we're actually breathing, and then, what measures can we take, if any, to improve the air we're breathing."

Burton said having an air monitor at the state park measures what people who recreate there are breathing. "Recreation seems to be ignored a lot in these arguments, but recreation is a big part of our economy here, with tourism," Burton said.