Environmental groups want US Army Corps to do a full, independent review of Enbridge pipeline project

A coalition of groups wants the U.S. Army Corps of Engineers to conduct a full environmental review independent of the state as part of a Canadian energy firm’s plans to route a pipeline around a northern Wisconsin tribe’s reservation.

Seven environmental, citizen and Native groups submitted the letter to the federal agency on Aug. 29, including Midwest Environmental Advocates, the League of Women Voters of Wisconsin, and Honor the Earth.

Enbridge is proposing a $450 million plan to build a new 30-inch line that would run 41 miles around the reservation of the Bad River Band of Lake Superior Chippewa. In 2019, the tribe sued the Canadian energy firm in federal court to shut down and remove Line 5 from 12 miles of tribal lands. The pipeline carries up to 23 million gallons of oil and natural gas liquids per day and spans 645 miles from Superior through northern Wisconsin and Michigan to Sarnia, Ontario.

The Corps is analyzing Enbridge’s application for a permit under the Clean Water Act. The Army Corps is regulating construction-related activities in federal waters affected by the project, as well as Enbridge’s proposal to drill underneath the White River.

"Specifically, we emphasize the need for an environmental impact statement (EIS) that is independent of the state environmental review process and complies with the National Environmental Policy Act (NEPA), including an analysis of all cumulative impacts of the Project," the letter states. 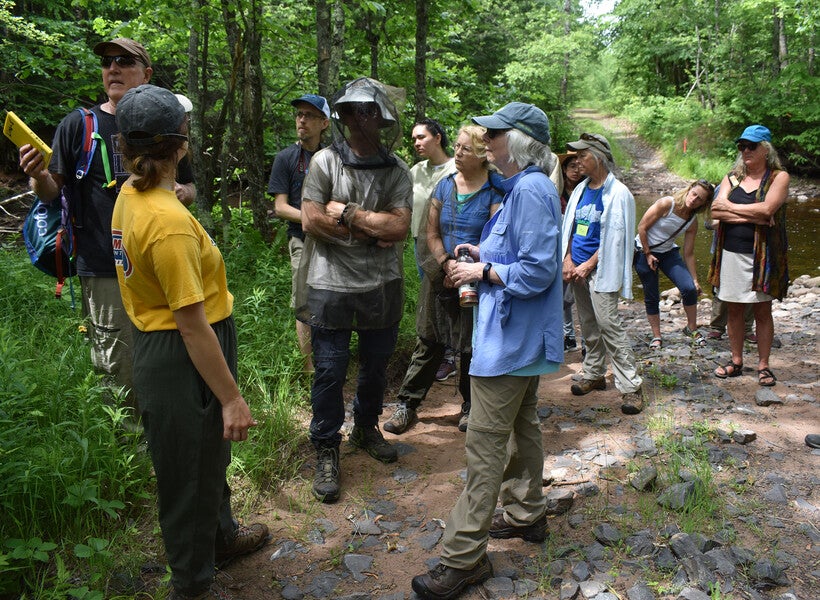 A group of tribal and environmental advocates tour Enbridge's proposed route for its Line 5 project, routing a new 30-inch pipeline around the Bad River reservation. The group gathers where the pipeline would cross the Tyler Forks River on Friday, June 24, 2022. Danielle Kaeding/WPR

Rebecca Graser, deputy division chief with the Corps’ St. Paul District, said the agency’s analysis under federal environmental law is a separate document that the Corps will produce.

"I would say that we are already pursuing an independent document for this project review," said Graser.

The Army Corps is planning to do an environmental assessment for the project, which Graser said will determine the need for a full environmental impact statement.

In 2020, Enbridge filed a joint permit application with the Wisconsin Department of Natural Resources and Army Corps. The DNR released its draft environmental review of the project in December. Groups say that analysis failed to adequately examine the ways in which the project could harm the environment, highlighting the need for an independent review.

"Tribes are concerned about their off-reservation usufructuary rights," said Paul Demain, board chairman for Honor the Earth.

Chippewa tribes in Wisconsin obtained usufructuary rights that ensured their ability to hunt, fish and gather on lands ceded to the federal government under the 1842 treaty.

"The treaty didn't say that they could have a clean body of water to grow rice until Enbridge, a foreign corporation, came in and decided they want a pipeline through the area," said Demain.

Wisconsin Public Radio previously reported the U.S. Environmental Protection Agency sent a letter in March with nearly 200 recommendations for the DNR to strengthen its review as part of preparing a final environmental impact statement. Federal regulators say the state failed to fully analyze the risk of spills, tribal resources and treaty rights, the effects of climate change, and whether the project would violate state and tribal water quality standards. 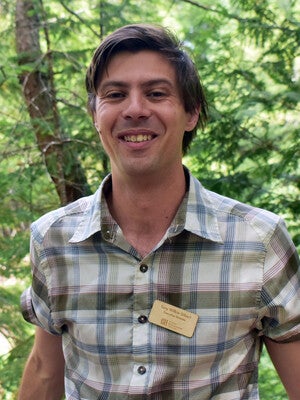 Groups say the Corps’ decision on whether to grant Enbridge a permit will determine whether Line 5 continues to carry fossil fuels that release heat-trapping greenhouse gas emissions when burned, requiring a full environmental impact statement.

"That's a project that would keep that aging piece of fossil fuel infrastructure operating for another generation. The National Environmental Policy Act requires that any federal action that has a significant impact on the quality of the human environment undergo that kind of environmental review," said Tony Wilkin Gibart, executive director of Midwest Environmental Advocates. "We think that the proposal to keep Line 5 operational and construct over 40 miles of new pipeline meets that standard."

The Line 5 project is anticipated to cross around 200 waterways and discharge dredged material into around 101 acres of wetlands. Enbridge has said less than one-tenth of an acre of wetlands would be permanently impacted by building the new pipeline segment. The EPA finds that impact is closer to 34 acres of mostly forested wetlands that would be permanently altered.

The groups allege the Corps didn’t provide adequate opportunity for public involvement as part of Enbridge’s permit application. The agency issued a public notice in January and accepted public comments on the proposal through March.

An Enbridge spokesperson said in a statement that the environmental review by the Wisconsin DNR and Army Corps provide ongoing opportunities for the public to weigh in.

"Enbridge is committed to protecting the environment — and has proposed a 41-mile re-route, chosen because it minimizes environmental impacts and protects critical resources," said Enbridge spokesperson Juli Kellner.

The groups have requested a public hearing on the project. They also want the Corps to release a draft environmental assessment for public comment after the Wisconsin DNR issues a final environmental impact statement and decision on permits. 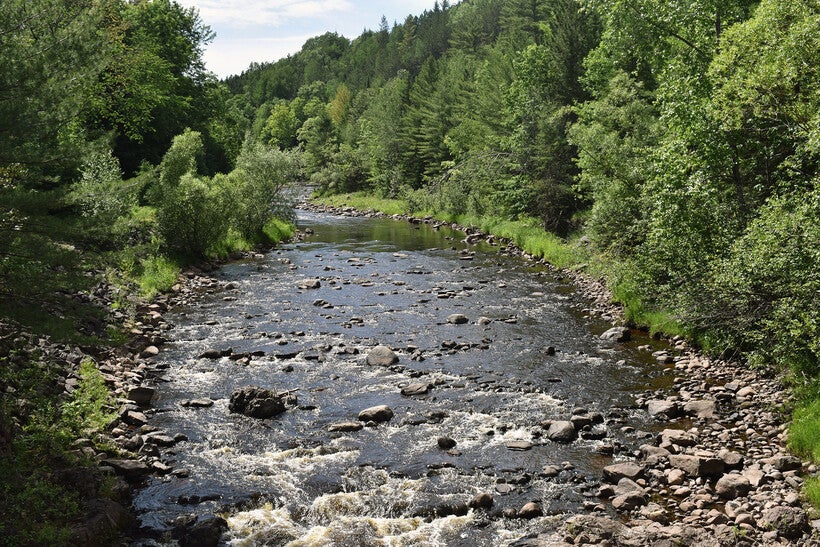 The Corps is proposing to share its draft environmental assessment with project stakeholders, including the EPA and Bad River tribe. Graser said the Corps has not yet decided whether to hold a public hearing, noting there’s no requirement to do so. The agency plans to request additional information from Enbridge about the project in a couple of weeks, and there’s no set timeline on when a draft would become available.

Enbridge and the project’s supporters say the 69-year-old Line 5 is a vital energy link for the region. The company announced in April that Michels Pipeline, Inc. signed a letter of intent to be the project’s main contractor. The company is owned by Michels Corporation. Tim Michels is the Republican running for governor against Gov. Tony Evers in November. 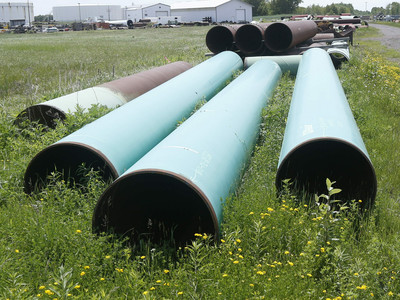 Republican lawmakers, labor unions and the state’s largest business lobby have touted the 700 construction jobs that would be created. They have also underscored the $135 million economic impact it would create for the state, as well as the $36.5 million in property tax revenues that the company’s pipelines generate.

Mark Graul with the Wisconsin Jobs and Energy Coalition said they think the DNR is conducting a thorough review of the project.

"We're happy to participate in that process as a coalition to try to encourage them to ensure that Line 5 can remain operational and provide us the energy we need to live our lives," said Graul.

Enbridge experts have said in court filings that shutting down Line 5 would increase gas, diesel and jet fuel costs by an estimated $20 million each year in Wisconsin and $30 million annually in Michigan. Propane costs are anticipated to increase by at least $4 million per year for Wisconsin consumers and $38 million each year for Michigan customers

A University of Wisconsin economics professor estimated an annual loss of more than 6,000 jobs and roughly $5 billion in lost economic output due to reduced production or closure of refineries in the Upper Midwest. Experts for the tribe dispute those findings.

Enbridge plans to begin construction once all necessary permits are granted.