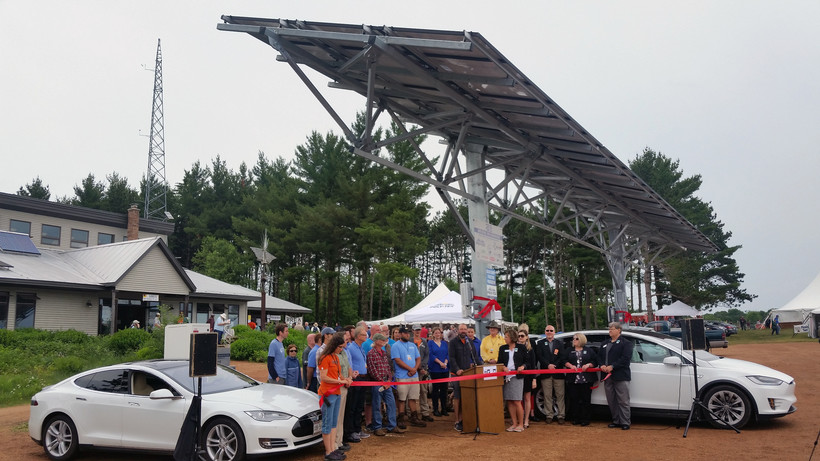 Members of the Midwest Renewable Energy Association cut the ribbon at a solar-powered electric car recharging station at the Energy Fair in June.

An energy analyst wants the state of Wisconsin to create electric rates that reward utilities for meeting cleaner energy goals.

Gary Radloff of the Wisconsin Energy Institute says the concept, known as "performance-based rates,"  would be simple for regulators and utilities.

"You could say, 'We're going to give you 10 years to increase your renewables by 10 percent or 20 percent,' or whatever you want. And then, under the performance-based incentive, you don't necessarily measure that all by one yea. You measure it over a longer period of time — five-year, 10-year increments," Radloff said.

Radloff recently told the Midwest Renewable Energy Fair that if utilities meet the goals, they could keep more ratepayer money. Failure could mean penalties. He said the rate programs could also apply to utility efforts to promote energy efficiency.

Zachary Hill of Alliant Energy told fairgoers that creative rate packages should be explored: "You know, let us do some experimentation, some pilot programs to learn. Mess up? We put some skin in the game. You know, we're always so scared as a utility to try things that are new and we shouldn't be."

A Public Service Commission spokesperson said the PSC is open to creativity in rate cases, but there are currently no proposals for performance-based rates.