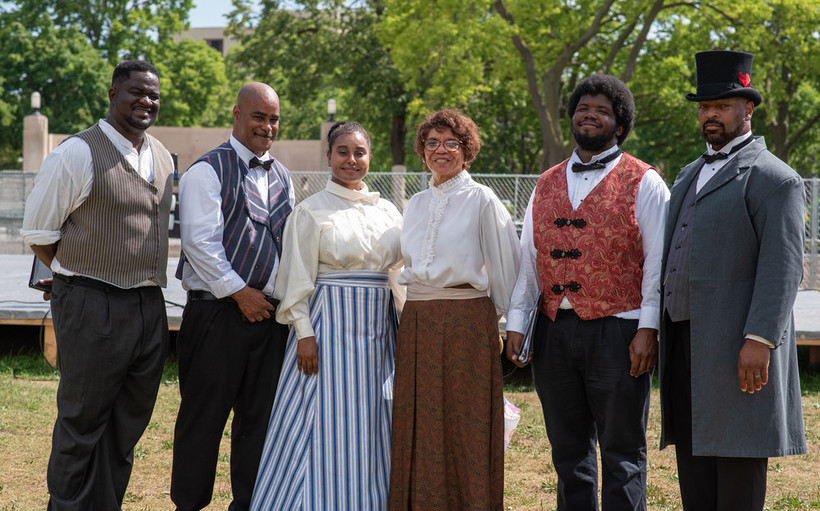 A greater recognition of Taylor and Poage and hundreds of other African American settlers has surfaced in the last 20 years with the publishing of a book called "Black La Crosse" by Bruce Mouser, an emeritus history professor from the University of Wisconsin-La Crosse.

While that recognition has begun to grow, in the last year the Enduring Families Project — a La Crosse County Historical Society effort to build a more cohesive multicultural community through inclusive history programming — has been working to cement that legacy by reenacting the lives of Taylor, Poague and less famous African Americans who have called La Crosse home.

"When I first moved here, before I knew all of this material, I didn’t care about the sign that said historic La Crosse, I didn’t care about those historical buildings that are now beautiful to me because I know people like me lived in places like that," said Denise Christy-Moss, a retired teacher and producer of the Enduring Families Project.

"My hope is that future generations can get that sense of belonging too, because they know that people who looked like them lived here too," she said.

The Enduring Families Project has been going for about a year. People dress in historic clothing and perform as African American characters from La Crosse’s past.

"Learning that history. Learning about what people have done in the past it’s become part of me," said Darrell Ferguson of La Crosse who plays the role of George Edwin Taylor.

"People come to me and they talk to me about what it was like not just play the role, but I’m starting to relate to him and relate his personality to them, so that they appreciate more what this particular part of the community has given to the La Crosse community as a whole," he said.

"Learning this history gives the community a sense of inclusion, especially those who are marginalized. They get a sense that there is a history here and they belong too," said Christy-Moss.