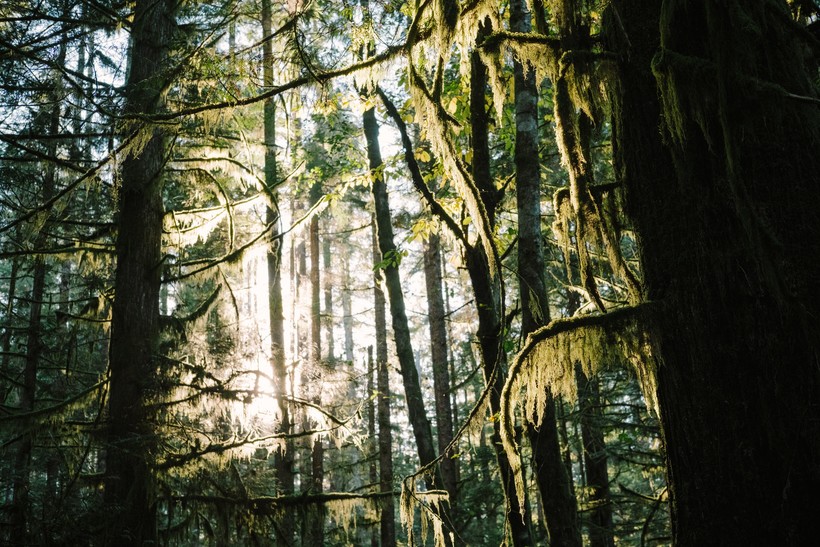 Mandel's novel opens on Vancouver Island in 1912 and visits the moon in 2203
By Doug Gordon
Share:

Emily St. John Mandel is probably best known for her novel, "Station Eleven." It’s set in the Great Lakes area before and after a pandemic that decimated the world's population.

The 2014 post-apocalyptic novel was a finalist for a National Book Award and the PEN/Faulkner Award for Fiction. It’s been translated into 33 languages and was adapted into an HBO Max limited series in 2021.

Now, Mandel is back with another novel called "Sea of Tranquility," and it’s just as powerful as "Station Eleven."

It’s a beautifully written, compelling book filled with complicated characters that starts in 1912 and fast-forwards to 2401. This expansive timeline gives Mandel the chance to write about technology by considering what the world would be like without it. She also imports characters from her 2020 novel "The Glass Hotel" because as she said, she becomes attached to certain characters.

Mandel joined Wisconsin Public Radio's "BETA" on a book tour and explained why she wanted to explore time travel in "Sea of Tranquility."

Mandel said that she probably wouldn't have written "Sea of Tranquility" if it were not for the coronavirus pandemic. She started the writing process in the spring of 2020 "which in New York City was as horrifying as you might have gleaned from The New York Times reports."

"And there was something about the awfulness of that historical moment that just made me feel like I'm just going to go for it," Mandel said. "I'm just going to write whatever I want because the world is terrible. So that was the starting point for 'Sea of Tranquility.' And once I realized that it was going to be a time travel novel, I feel like that's only fun, or it was only fun for me, if I got to traverse an enormous amount of time.

The concept of time travel is one Mandel said is fascinating for most people.

"How do you explain the popularity of sites like Ancestry.com or 23andme, if not some kind of desire to meet our ancestors?" she said, adding that figuring out how a story starts and ends is the draw. "When I read about different points in time, it's hard not to try to imagine what life would have been like in those moments."

'I knew I wanted to go really far into the future'

"Sea of Tranquility," begins in 1912. The character Edwin (St. John St. Andrew) is loosely based on one of Mandel's great-grandfathers who she's always been fascinated by.

"He left London around 1908 or so, 8 years old, under the cloud of some unspecified scandal," she said. "And then (he) had a really strange, rocky life in Canada and the United States because he just had no skills that would translate to the real world. He was the recipient of this beautiful classical education, went to very exclusive schools, probably spoke Latin and Greek, but just had no idea how to make it in the world. And there was something always kind of interesting and poignant about that to me."

Edwin is one of three protagonists in the book. Another one is a writer named Olive Llewellyn. She lives on the second Moon Colony but is on a book tour on Earth in 2203. Llewellyn has written a bestselling novel about a pandemic, which is being turned into a movie. The storylines mirrors Mandel's real-life experience with "Station 11," except that she's not currently — and has never been — living on the moon.

Mandel wanted to show the reader how strange a book tour can be through Olive's experiences, based entirely on her own tours.

"Every interaction that Olive has in this section is completely autobiographical. Those are things that people actually said to me on the road," Mandel said.

"Most interactions with readers are wonderful. It's one of the great pleasures of going out on the road," Mandel added. "But man, that 1 percent is really something else."

Characters from "The Glass Hotel" appear in "Sea of Tranquility," leading one writer has coined the phrase 'The Mandel Cinematic Universe' to describe her work.

Mandel said she approves of the comparison.

"What's really been fun in the last few months is thinking about the multiverse in terms of TV, because for months it felt like a huge legal problem that there were 'Station Eleven' characters in 'The Glass Hotel' because then those characters are the property of Paramount Television. It becomes this whole sort of IP (Intellectual Property) issue."

"But what I've been doing with Patrick Somerville and his colleagues who worked on the 'Station Eleven' show is making that more of a feature than a bug," she continued. "And it's been really fun. So 'The Glass Hotel' TV version will star Danielle Deadwyler, who gave that stunning performance as Miranda in 'Station Eleven.' And of all the of the performances on that show, I have to say Danielle Deadwyler and Himesh Patel really stand out for me. I just think they did brilliant work there."

Near the end of "Sea of Tranquility," Olive delivers a virtual lecture in the holospace in 2203. Think of the holospace as a Zoom meeting on steroids. And she makes a very profound statement to her audience.

As Mandel writes in Olive's voice: "And my point is, there's always something, I think, as a species, we have a desire to believe that we're living at the climax of the story. It's a kind of narcissism."

"Yeah, I think she's right. And that does seem narcissistic to me, honestly — this desire to believe we're living at the climax of the story."