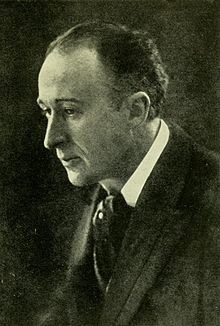 Although he enjoyed living in Paris, English composer Frederick Delius was restless and unable to concentrate. He was working on a piano concerto, but had hit an impasse. Thirteen years earlier he had made a musical breakthrough at Solano Grove, his father’s orange plantation on the banks of the St. Johns River in Florida. Now, in the winter of 1897, hoping for a second flash of inspiration, he decided to return.

His motive was partly economic. Delius was struggling for financial independence, and, although a series of freezes had destroyed the citrus industry in northern Florida, farmers had turned to raising tobacco, and Delius thought that the old groves might be made profitable.

He returned to find the house still standing and his piano still functional, and reconnected with old friends, many of them former slaves whose work songs, river chants, and firelight dancing had been the catalyst for hisFlorida Suite and his opera Koanga. The sounds of nature had been just as important, and he wished that he could have a place like Solano Grove in Europe.

He picked up the piano concerto he had been working on and broke through his writer’s block. To his surprise, he also made progress on his orchestral nocturne Paris.

And yet, after five months at Solano Grove, Delius found two things lacking.

He still had not received that second flash of insight he hoped for. And he had no one at the plantation with whom he could discuss his work.

He came to the realization that he had to keep trying to bring about that moment of illumination in his music and that to find the combination of solitude and intellectual stimulation he needed, he would have to return to France.

He couldn’t afford to travel back and forth to look for his inspiration. This time his departure from Florida would be permanent.