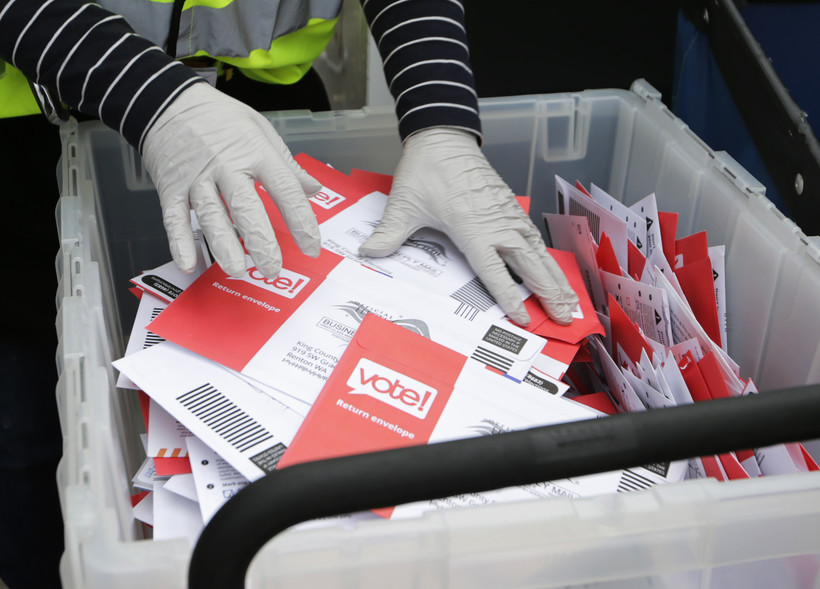 A plan to send absentee ballot applications to 2.7 million Wisconsin voters has yet to clear a final procedural hurdle.

The Wisconsin Elections Commission was scheduled to vote Wednesday on the final wording of the mailing, but it delayed that vote until June 17.

The commission voted 6-0 last month to send the ballot applications to most of the state's registered voters who did not already have absentee ballot requests on file. The commission is split evenly between Republican and Democratic appointees, making unanimous votes increasingly rare, especially on issues that have become politicized.

That's been the case nationally when it comes to absentee ballots, with President Donald Trump threatening to cut federal funding to states like Michigan that have made a push to increase voting by mail.

Several states are taking similar initiatives in an effort to reduce the number of people who have to vote in person this November, given the uncertainty of the COVID-19 pandemic.

Wisconsin saw a record number of voters cast absentee ballots in its April election, with 62 percent of all ballots cast being sent in by mail.

Wednesday's delay came after commissioners made mostly technical suggestions to the agency's staff for changes to the wording of the absentee mailing. At least four Elections Commission members will need to agree on the final wording of the mailing before it can be sent.

Funding for the mailing comes from the federal coronavirus relief law Trump signed in March.