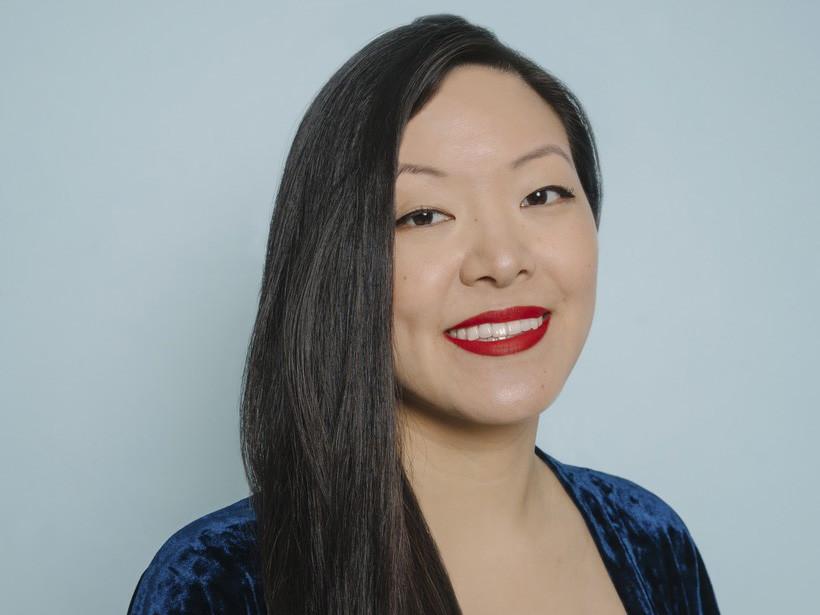 Chou draws on her own personal experience to create a propulsive campus satire
By Doug Gordon
Share:

The title of Elaine Hsieh Chou's debut novel, "Disorientation," is most certainly a play on words.

The novel is about a 29-year-old doctorate student named Ingrid Yang who is having a lot of trouble finishing her dissertation — a situation that is disorienting in many ways.

Like her protagonist, Chou was in a similar situation. She was pursuing a doctorate in modernist literature. The difference was that she was studying in Paris — when the 2015 terrorist attacks happened.

This harrowing experience pushed Chou to confront an important existential question: If she were to die, what would she wish she had done with her life?

Chou thought back to her childhood, when she wrote stories and poems, and realized the path she was on wasn't the path she wanted to pave. So, she left her program in Paris and headed to New York for her Master in Fine Arts.

"I started working at a bookstore, and I think it was a really great place for me to be — surrounded by books and constantly talking about books," Chou told Wisconsin Public Radio's "BETA."

"And when I started writing the novel, I think setting it in academia was familiar territory, right? Because writing a novel is so daunting. I felt like academia provided a good setting where I could explore those ideas," she said.

In her novel, Ingrid, the protagonist, is working on a dissertation focused on the fictional late-poet Xiao-Wen Chou.

"He's sort of described as the Chinese Robert Frost and his poetry, I think, is very appealing to white Americans because it just presents the East and China in the way they want to understand it as exotified and very distant where they don't feel implicated," Chou explained.

"So he writes poems about teacups and rivers and things like that," Chou continued. "(Ingrid) has no real interest in him. She was basically coerced into studying him. So because of that and the fact that he's been over-researched, she doesn't know what to say and has been struggling for four years."

Ingrid's adviser, Michael Bartholomew, intimidates her into writing her dissertation about Xiao-Wen Chou. It's in Bartholomew's interest to do so as the head of Barnes University's East Asian studies department. He tells her she has to do her dissertation on the poet if she wants tenure; and if she doesn't, her life will be miserable.

"Researching someone canonical like Chou is the only way, and he tells this story about how adjuncting without health insurance is so horrifying and how his student pulled out her own molar because she didn't have dental insurance."

Ingrid's fiancé, Steven Greene, is white, and Ingrid has this complicated relationship with white men. She has only ever dated white men. She eventually discovers Greene has a secret folder on his computer which contains photos of all of his Asian ex-girlfriends. This causes a lot of emotional turmoil for Ingrid.

"It throws their entire relationship into question because she now has to ask herself, 'Oh, do you actually love me for who I am on the inside? Or do you really see me as a set of interchangeable parts?'" Chao explained.

"It was important for me to explore this type of relationship that is very ubiquitous," she said. "And I think with a lot of my Asian friends, we've talked about the fear of being fetishized and how it truly messes you up in a lot of ways."

Ingrid has very nuanced and relatable relationships with her best friend, Eunice Kim, and her nemesis, Vivian Vo.

Chao said "people have referred to them as the trifecta of Asian women in the novel."

She wrote three versions of her novel. Eunice and Vivian only appeared in the last.

"I realize now how necessary they are because I think it is important to show, in a way, they're sort of different facets of who Ingrid could be."

"It was important for me to have these different Asian female characters, also with very different politics," Chou said. "It was just important to show we're obviously not a monolith. We come with all different backgrounds and beliefs, and often they jar against each other."

Taking what is learned and applying it 'to my own life'

The first time Chou studied creative writing was as an undergrad. It seemed to her like it was just a fun class. But in retrospect, she realized every one of the characters she created were white. She was trying to copy what she was being taught — work by revered writers such as Raymond Carver, Flannery O'Connor and James Joyce.

"I guess I didn't even understand how to take what I was learning in class and apply it to my own life," she explained.

"It was just like, 'Oh, well, I will now write a short story about rural, poor white people.' And that's what I was doing, and I think I realized I was like, 'Oh, this must be working because my teachers would really like it.' I think purely because I just learned the beats of 'Oh, this is what is thought of as great American literature.'

I think at that age, I would have felt too afraid to write about people like me in stories that are similar to my own life, I think because I didn't want to draw attention to being Asian in a way. I was so afraid of being stereotyped."

Chou recently wrote an essay for The Cut that went viral.

This essay for @TheCut is the hardest thing I’ve ever written. It took me four years to finish.

I wrote it for us. I believe in us. I’m fighting for us.

We are not going anywhere.https://t.co/vSNhiBz3j6

She wrote the very first draft of the essay in 2015, when she fell into an online rabbit hole: Chou discovered terrifying forums and blogs in which white men would discuss Asian women.

"It was as if we didn't really exist, like they were so open without fear of ever being found out," she recalled.

"The honesty was brutal because it's anonymous, right? None of them are using their real names," she said. "And there was another link to this website that just collected news articles of white men murdering Asian women. Most of the time, they were not strangers, right? So they were either girlfriends, wives or they were seeing sex workers."

I became haunted by that. Deeply haunted," she continued. "(I) was even physically unwell from reading (about) all the murders, and the first iteration of the essay is just these men speaking for themselves, so I would copy and paste their words exactly. I wouldn't change a thing, and then I would just put a summary of the murder."

Editors told Chou they could not publish this version because it was too violent and too triggering. She agreed.

Chou resumed working on the essay again in March 2021 after the Atlanta shootings.

"Now I feel like I had had some distance and the shootings had just confirmed this feeling like I was being gaslit," Chou explained. "I'm trying to tell you this phenomenon, this intersection of violence and fetishization exists. But why is no one listening? And then I think in 2021, I was like, "OK, I think some people are starting to see this.'"

"And so I started writing. And then the essay actually kept evolving some more because there were more attacks against Asian women."