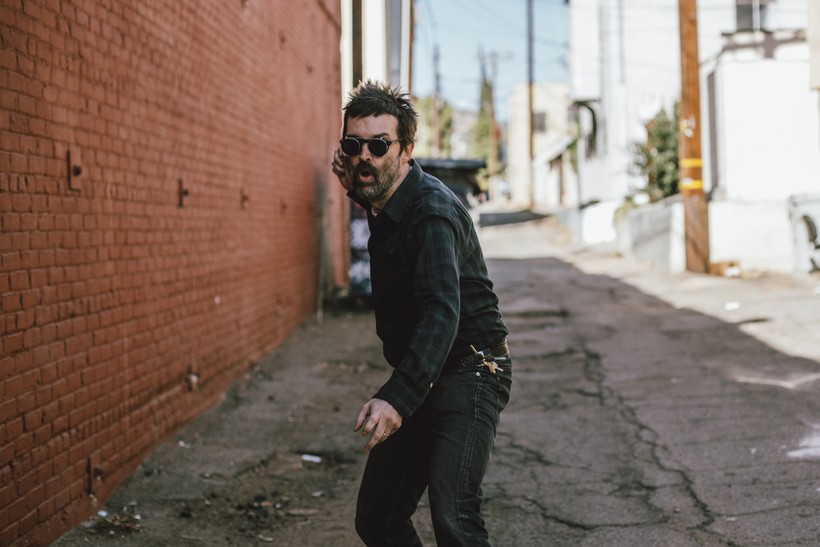 Mark Oliver Everett (also known as "E") is the founder and frontman of the indie band, Eels. He is the core of a rotating group of musicians that creates a unique spin on pop music in the vein of John Lennon. His songs are often personal and explore the dark side of the human condition.

To that end, Eels have just released their 13th album, "Earth To Dora."

The namesake Dora is the band's former lighting director. She was feeling down so Everett tried to cheer her up with some optimistic texts. He realized their texts back and forth would work well as song lyrics and might cheer up listeners.

Everett told Steve Gotcher of WPR's "BETA" that when he thinks about his life over the last couple of years, "the songs usually start as a message to myself, and I think it's first me trying to cheer myself up and then, hopefully, once they become songs and they're on a record, they can also serve to cheer some other people up, too."

The hopefulness is there coming out of the gate with the opening song, "Anything for Boo."

"That was inspired by a real romantic situation I was involved in that didn't turn out the way I'd hoped it was going to turn out," Everett said. "So it was kind of a fantasy about that situation turning out the way I hope that it would. But unfortunately, it remains a fantasy. But it's still probably my favorite song on the record for some reason. I just I like the hopefulness in it."

Eels have premiered a new video for what they describe as "the feel-good hit of the feel-worst year": "Are We Alright Again." This one-take video focuses on an Eels fan (played by actor Jon Hamm) who's finding consolation in the band's music. "Are We Alright Again" is the only song that was written during the coronavirus pandemic.

"It was written in the early days when the pandemic first got really bad," Everett said. "It was me just having a daydream about what it might be like when it's all over and thinking about how nice that would be. And I was kind of secretly hoping, well, by the time the album comes out, maybe it'll be more of a reality and not a daydream. But of course, that didn't turn out."

Everett said his objective for the "Earth To Dora" album was to make it sound timeless.

"I wanted to just make it flow like a nice playlist of old-school, singer-songwriter songs with kind of traditional instrumentation," he said. "I wanted it to hopefully have like kind of a timeless quality where if you heard it in five or 10 years, you wouldn't go, 'Oh, that sounds like 2020.'"

"A lot of crying and agony," he said.

"Earth To Dora" is like a concept album about the development of a relationship and then the problems that occur as the relationship grows. Everett said the songs were written at different times and they're not all about the same relationship.

"But then I sequenced it in a way so if some listeners want to, they can listen to it as if it is all about one relationship," he said. "There is a certain arc to the sequence where you could sort of follow a storyline."

Some songs on the album are about Everett's efforts to learn lessons. One example of this is "Who You Say You Are" which he describes as "kind of a song about songwriting and saying, 'Hey, man, maybe you should be a little more cautious about who you write songs about and make sure they really are someone that deserved it.'"

He points to the track "Dark and Dramatic" as a memo to himself that points out that by this point in his life, he should have learned to pay more attention to the red flags that show up early in a relationship.

Everett said he hopes "Earth To Dora" can lift people's spirits and bring them some pleasure.

"Or if one of the sadder moments on the album makes them feel better in that misery loves company way, any of that, I just hope it can provide any comfort," Everett said.