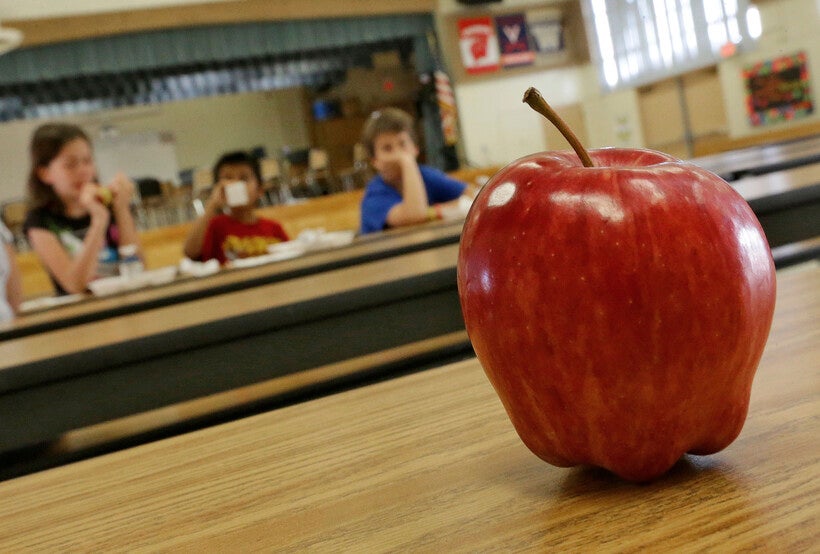 It goes without saying that school is a place for learning. It's also where many students can count on being fed, in some cases, as many as three square meals a day.

But a sizable number of schools around the state can't manage more than lunch, and a national report shows Wisconsin trails the nation in offering school breakfast.

Gov. Tony Evers' budget calls for the Legislature to fully fund the school breakfast program along with the school milk program.

Research shows beginning a school day with breakfast helps children stay focused. Yet, the state has failed to help school districts, and private and tribal schools address this problem over the past decade, according the Evers administration.

Federal and state funding has been stagnant.

In Wisconsin, the school breakfast and milk programs were cut 10 percent in the 2011-2013 budget. That money was never restored, said Dan Rossmiller with the Wisconsin Association of School Boards.

The School Nutrition Association of Wisconsin reports the average school district charges less than a $1.50 for breakfast.

"If you go shopping at home, you know that putting on a meal for $1.50 is pretty hard," said School Nutrition Association of Wisconsin President Michael Gasper. "So we count on those reimbursements from the government. Both from the USDA (U.S. Department of Agriculture) and the state."

Districts get government funding for all meals — paid, reduced and free — most of which is federal money.

Some schools count on this funding more than others.

Additional federal funding is available to high-poverty schools under the Community Eligibility Provision. It allows free meals for everyone. It's designed to increase student participation by reducing the stigma between paid and free meals.

In the Adams-Friendship Area School District, 72 percent of students are eligible for free and reduced meals.

"Food should be the least of their worries," said Vicki Marcucci, nutrition director at the Adams Friendship Area School District. "When they’re at school they need to be fed."

For five years, the district has served breakfast free to all elementary and middle-school students. It also relies on anonymous donations to provide free milk to students in kindergarten and first grade.

"Extra funding would help because more expensive items, like protein, we don’t offer as much at breakfast," Marcucci said.

In addition, the district relies on the nonprofit Second Harvest Foodbank which stocks a food pantry at Grand Marsh Elementary for students, their parents and guardians.

The Evers administration projects that increasing state school breakfast funding would cost the state roughly $5.6 million over the next two years, while the school milk program would cost about $765,000.

The Legislature will make changes to Evers' budget over the next several months.