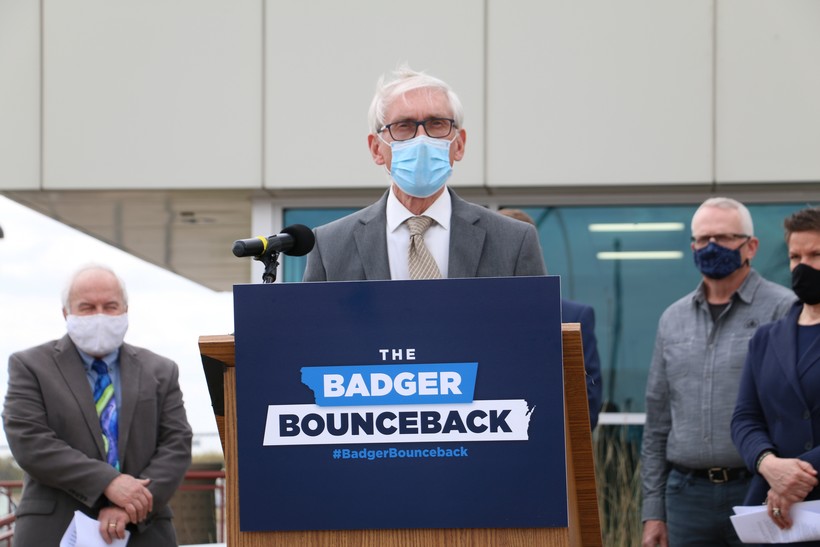 An Eau Claire County pilot program will test the viability of SpaceX Starlink satellites to expand high-speed internet access in rural areas. The $87,500 initiative will pay for equipment and a year's worth of service fees for 50 households.

At a press conference Thursday, Gov. Tony Evers announced that the Wisconsin Economic Development Corp. will contribute $27,500 to the Starlink pilot program. A coalition of local businesses, health systems, Eau Claire Energy Cooperative and Royal Credit Union are also contributing to the effort.

Starlink uses a series of low-orbit satellites to provide internet speeds of between 50 and 150 megabits per second. The service was created by billionaire SpaceX CEO Elon Musk.

"I think if anyone would have told us five years ago that I'd be standing here talking about broadband and bringing internet to people through a satellite, I don't think we would have believed that," said Evers.

Evers has included nearly $200 million in his state budget proposal to expand rural broadband access. Typically, that has been through grants to subsidize companies laying high speed fiber optic cables to rural areas.

"And as you know, if we're taking cable, hundreds and hundreds of miles, it's going to cost a fair amount of money," said Evers. "That's why this is a really important project. If we can utilize satellite technology, that's going to be a game changer for us, really." 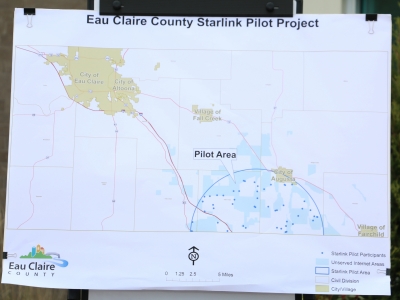 A map shows the area of Eau Claire County that will be part of a Starlink high-sped internet pilot program. Rich Kremer/WPR

Ron Perry owns Otter Creek Seeds and Service. He said he's been relying on cellular data plans in order to get the internet speeds needed to run his business.

"With four phones, four iPads and the two routers, I was running about $1,000 a month for my business at home," said Perry. "And with that price tag, we can understand why some of my neighbors kind of scoff at the idea of trying to pay for that kind of high speed internet."

Perry said he's hopeful the pilot program will bring broadband to the region and encourage others to get behind the push to expand access.

Marshfield Clinic Director of Virtual Care and Telehealth Chris Meyer said the COVID-19 pandemic has highlighted the need for better and more uniform internet access across the state. He said in 2019, Marshfield Clinic conducted 65,000 telehelth visits. During the pandemic, Meyer said that number was closer to 300,000.

"The cat is out of the bag," said Meyer. "People like it. It's easier, it's faster, and they don't have to take as much time off from work to drive to Eau Claire or Marshfield or some other location to receive their health care. As a result, they save money."

Starlink is continuing to expand its satellite coverage worldwide. Currently, the equipment needed to receive the signal costs $499. The service costs $99 per month.

Communities in Ohio and North Carolina have also announced subsidized Starlink pilot programs within the past year.